Mrs. Rinehart was given the special honour of being invited to be godmother of Berge Bulk’s newest large ship. A ship godmother is a lifetime title to bestow good luck and divine protection over the vessel and all that sail on board.

I was very fortunate to have been asked to attend, so I flew to Beijing, then travelled by train for 3.5 hours, followed by a long car journey to the port. After having known Mrs. Rinehart for many, many years and growing up with her, I was honoured to be given this opportunity to attend and participate.

The vessel was officially named “Berge Toubkal”, after Mount Toubkal, the highest peak in North Africa, at the ship’s inaugural ceremony at the Bohai Shipyard in Huludao, China on June 27th.  The christening ceremony was very special, with guests present from the Bohai shipyard, Berge Bulk, Roy Hill, and those who will sail the ship, as well as other Chinese guests, including a representative from Mrs. Rinehart’s partner, Shanghai CRED.

After speeches were made, I was asked to officially name the ship, before reading a blessing and then cutting the ribbon, which then saw a champagne bottle smash against the ship, followed by spectacular fireworks and many balloons – a rather momentous celebration! The ceremony was followed by a tour of the huge vessel, and a traditional Chinese lunch.
It was an absolute honour and privilege to participate and I was so thrilled to see how appreciated those on the ground were to have Mrs. Rinehart as Godmother. It most definitely was a once in a lifetime opportunity, and one which I will cherish for many, many years to come.

Attached are some photos of the enjoyable and amazing celebration. 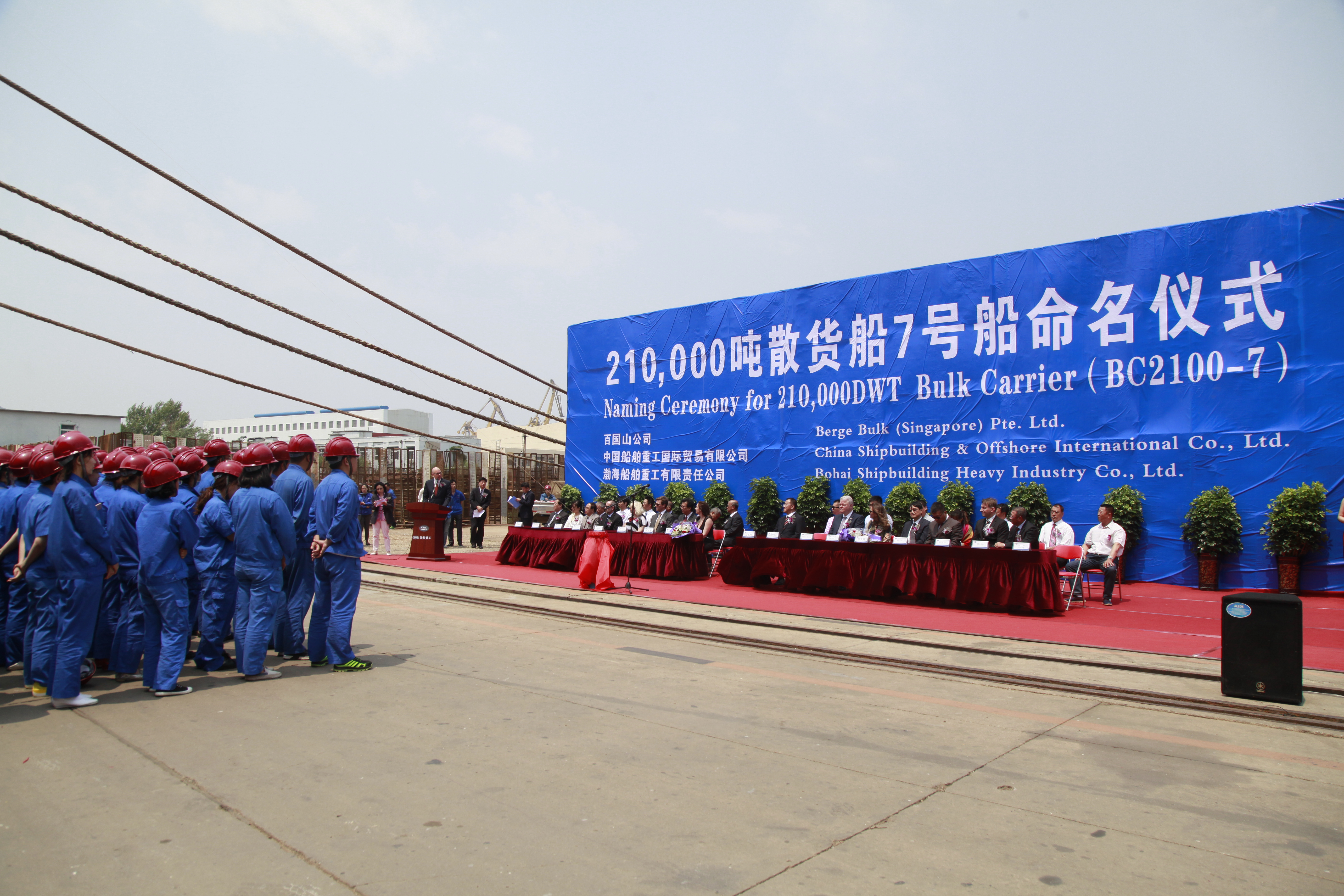