With much excitement and surrounded by Pilbara dust, Roy Hill’s executive chairman Mrs. Gina Rinehart and guests gathered up at Roy Hill’s Port Hedland rail terminal yard to christen their special pink trains. This is a Pilbara first, an Australia first, and an Australasia first.

The trains have been painted pink in honour of the Chairman’s commitment to supporting patients with breast cancer and related cancers, which continues from the first pink trucks launch back in 2016, and Mrs Rinehart starting Australia’s then first breast cancer foundation, back in the early 90’s.

At the special ceremony, Dr Patricia Kailis, AM OBE of the Kailis Group joined Gina Rinehart to christen the locomotives in honour “For Mother’s” and “Women of the North” due to their long standing histories in the north.

Joining them were Roy Hill executives and guests, including GE, who proudly watched as their two new pink trains joined Roy Hill’s existing fleet of 21 trains on this special occasion for this very worthy cause.

A GE representative stated “we deeply value our relationship with Roy Hill and are thrilled to celebrate the arrival of these locomotives to their fleet. This marked the first time GE has painted a locomotive pink and were proud to support such an important cause.”

Also in attendance were representatives from the CRRC, who were pleased to see their 130 pink ore cars complementing new pink trains. 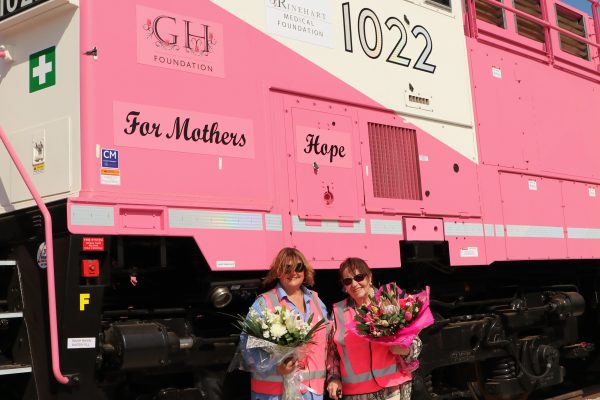 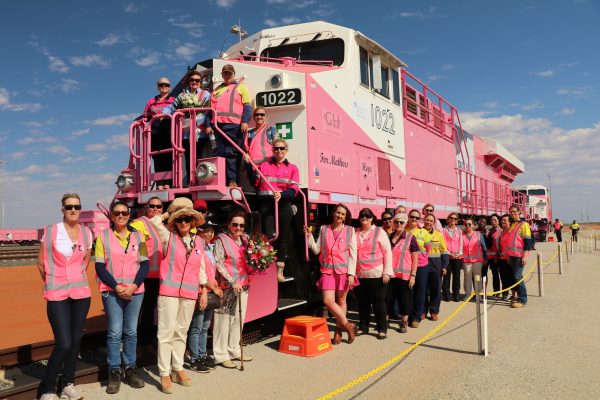 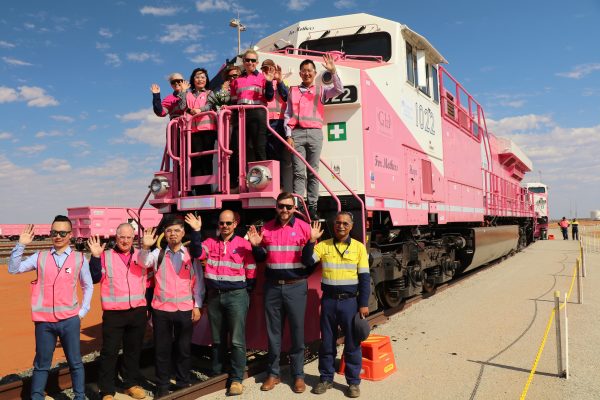 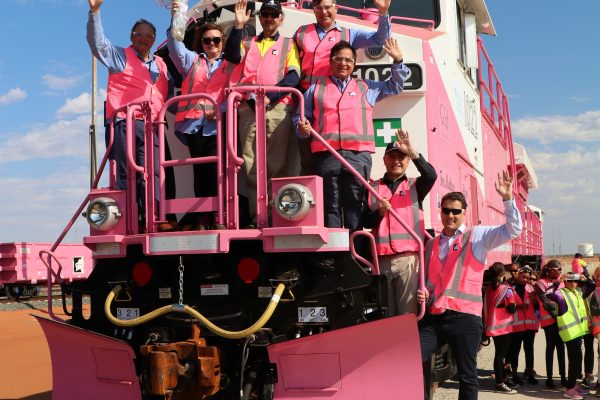 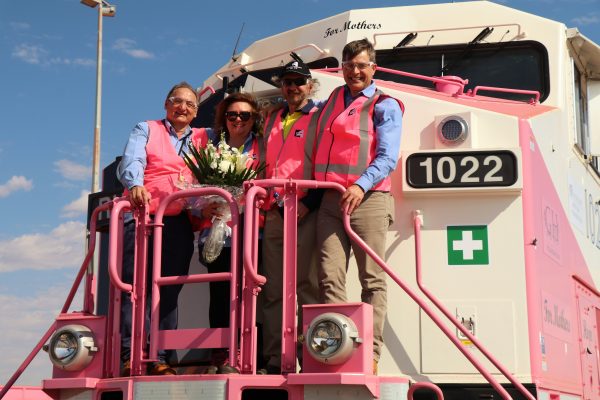 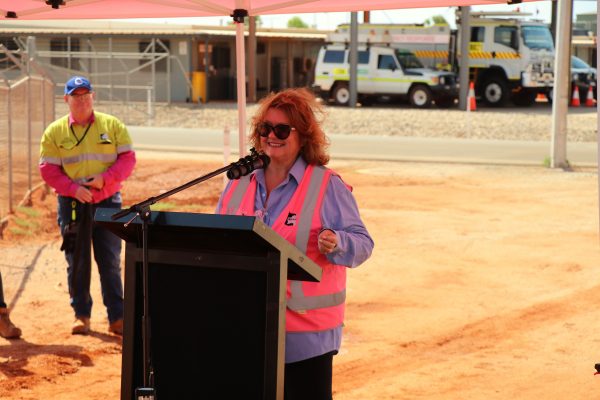 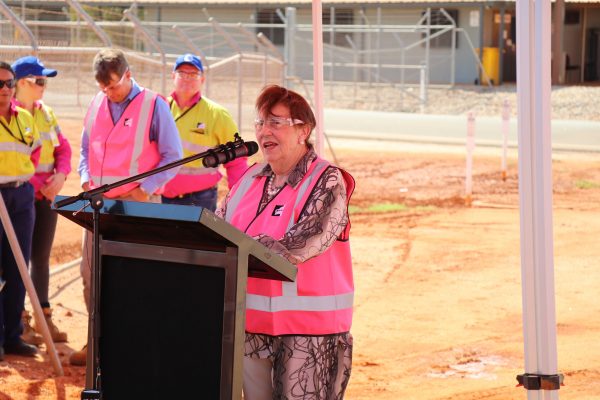 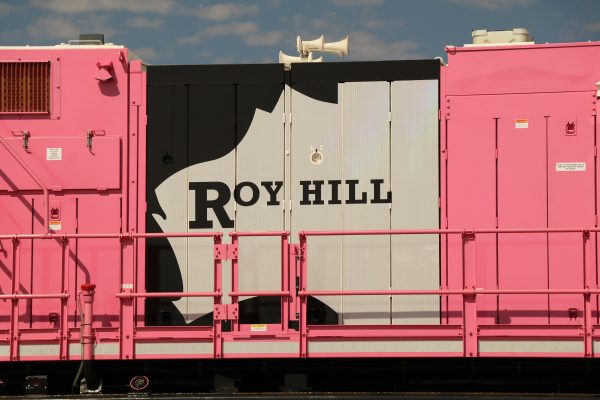 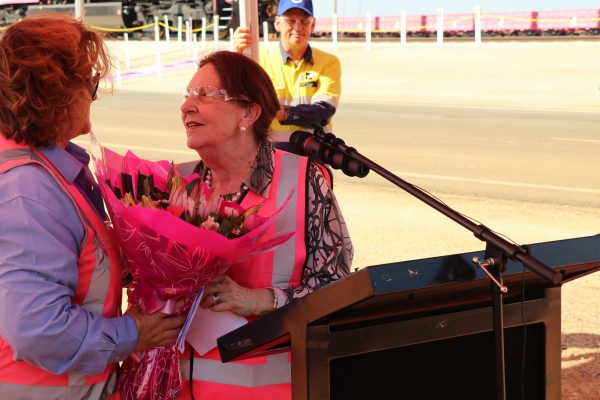 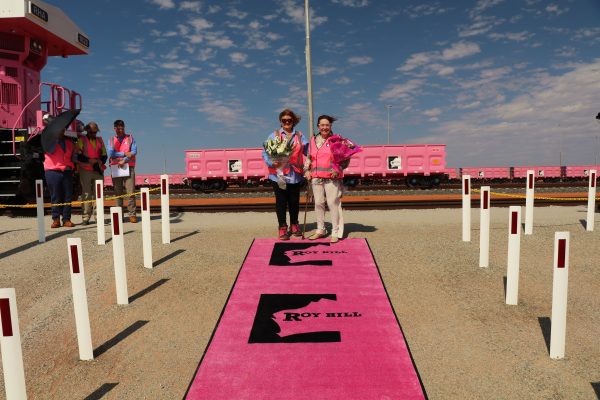 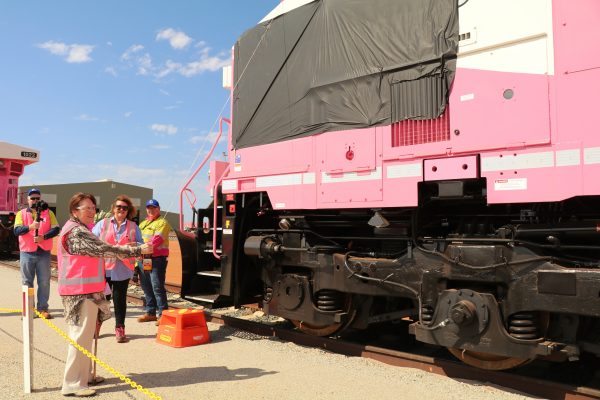 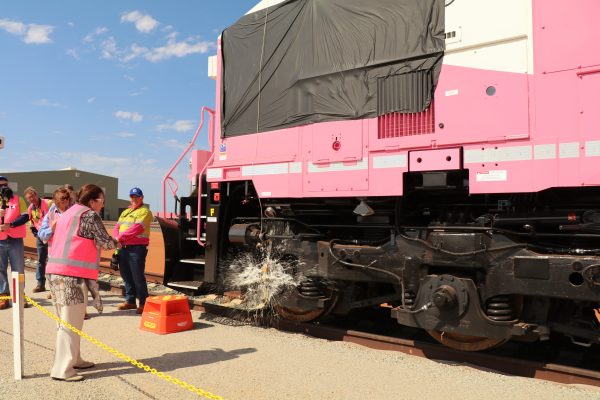 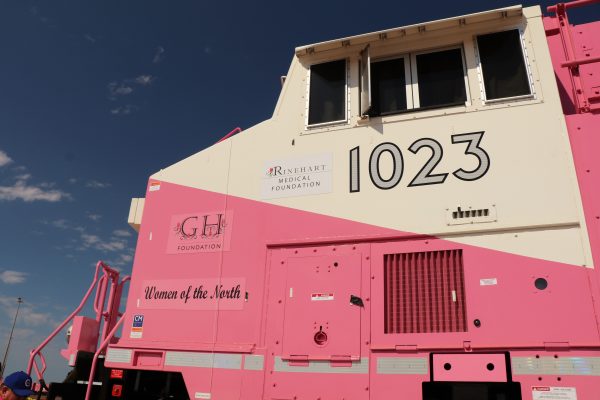 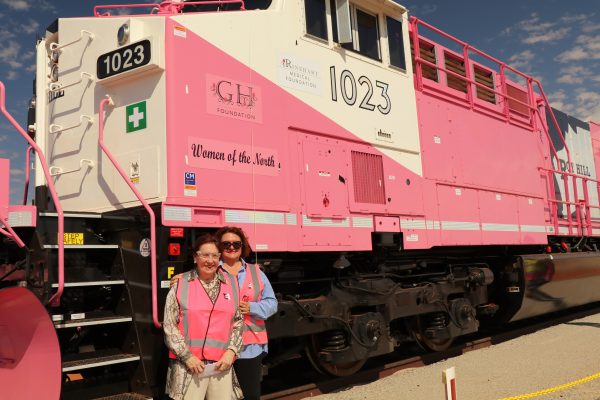 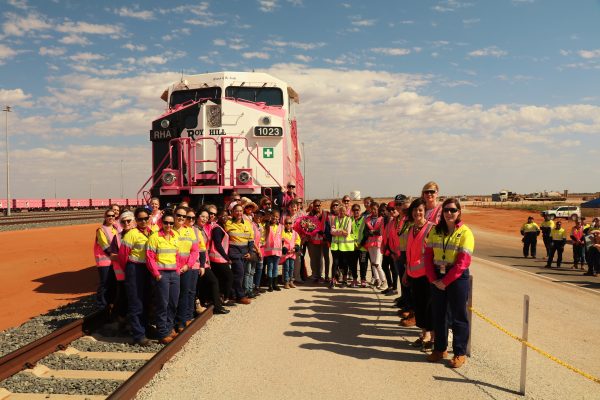 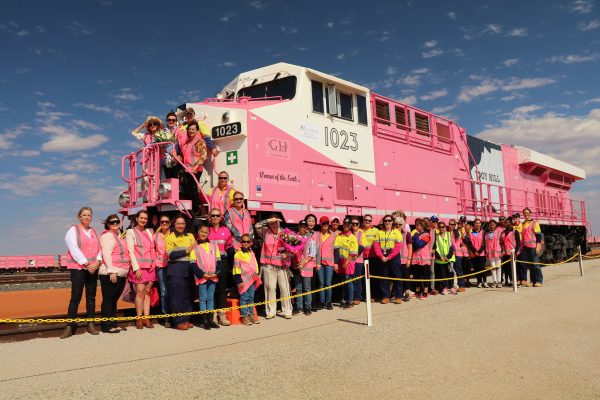 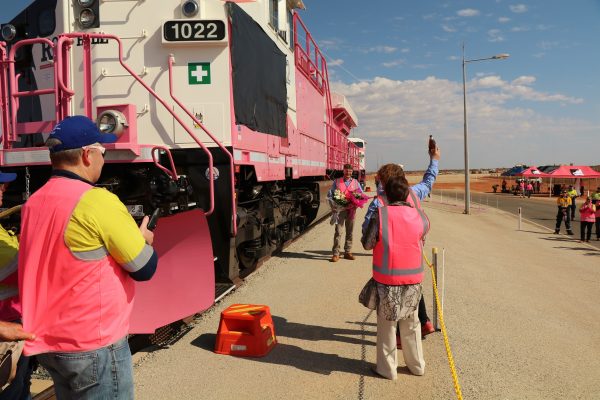 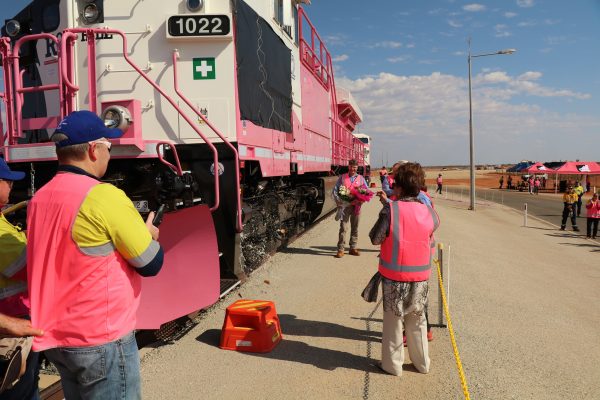 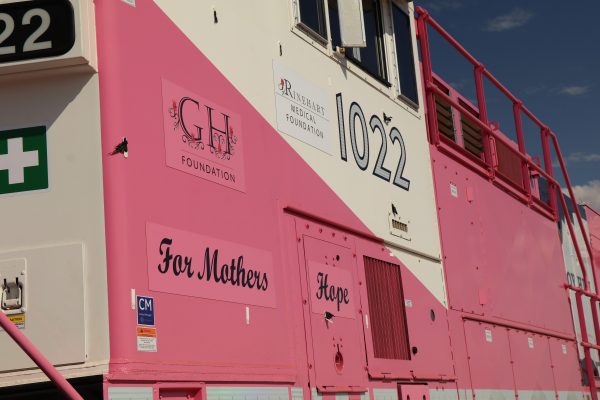