On Friday, 19 April 2019 at the Shangri-La Hotel, Kuala Lumpur, Malaysia, the 8th McMillan Woods Global Awards were held to celebrate the successes of 30 Visionary Leaders and Champions.

Mrs. Rinehart was here awarded the Global CSR Visionary Leader. (Mrs Rinehart was in Hancock Agriculture budget meetings in the Kimberley so was unable to collect the award personally, but her cousin, Deborah, graciously flew to KL and accepted on her behalf).

Following, on the 25th April, 2019, the 3rd Global Business Leadership Awards 2019 were held at Putrajaya Mariott Hotel, supported by the UN Global Compact Network Malaysia. These awards represent the most prestigious form of recognition for companies and organisations globally on leadership, business growth and corporate sustainability.

Gina Rinehart was awarded the Lifetime Achievement Award in recognition for her hard work and efforts spanning many decades to build a successful and sustainable company, employing many people now, and generating opportunities and much tax revenue.

Due to work commitments, Mrs. Rinehart was unable to attend these ceremonies, however was represented proudly by family members. Georgina’s speech, on behalf of accepting Mrs. Rinehart’s lifetime achievement award, follows,  photos from the events will be posted when available.

Thank you for including me tonight, at this very wonderful occasion. I’m Georgina  and yes I’m very proud to be named after Georgina Rinehart, and I’m also fortunate to be one of  her loved goddaughters. I’m very fortunate to have had someone who I also know as my godmother  in my life since my very beginning! She is a wonderful lady, yet a brave leader, a fantastic role model, a real ambassador for our country, and one of the hardest working people I’ve ever met!

Thank you very much for awarding my dear godmother with the Lifetime Achievement Award. This is very much appreciated, and deserved recognition of her hard work and efforts over many decades to build a successful and sustainable company, employing many people now, and generating much tax revenue for Australia.

As an extraordinarily hard working executive, she took Hancock Prospecting in the early nineties from a company that was in a perilous financial state with its few remaining assets under legal claim or  legal threat or heavily mortgaged with potentially very large contingent liabilities, to a company 20,000 percent more valuable, to what is now the largest and most successful privately owned company in Australian history. Along the decades creating opportunities for many others.

It was Mrs Rinehart who secured the Hope Downs state agreement, for the then temporary Hope downs tenements, and after HPPL investing to undertake  exploration and studies and thousands of government approvals, arranged a deal to let in now joint venture partner Rio Tinto. Hope Downs currently has four major mines which export around 47 million tonnes of iron ore per annum, with more in the pipeline.

Mrs Rinehart  also lead Roy Hill through years of exploration , studies , approvals and financing towards  making Roy hill one of Australia’s single largest iron ore mines, after a competitor company hadn’t found the ore bodies on those tenements, and dropped the tenements, considering  them to be of negligible value.

These are incredible achievements, and there are more in the pipeline, including as far away as a copper project in Ecuador.

Mrs Rinehart is also a leader in agriculture owning many stations and farms  as well as one of the world’s largest herds of prime wagyu.

She serves as Patron of Australia’s internationally renowned Olympic swimming, rowing, volleyball and synchronised swimming teams and has received the honour of an Order of Merit from the Australian Olympic Committee. She has received many other awards, and is especially delighted to receive your lifetime achievement award tonight.

Thank you very much again for this very welcome recognition of my truly special godmother. 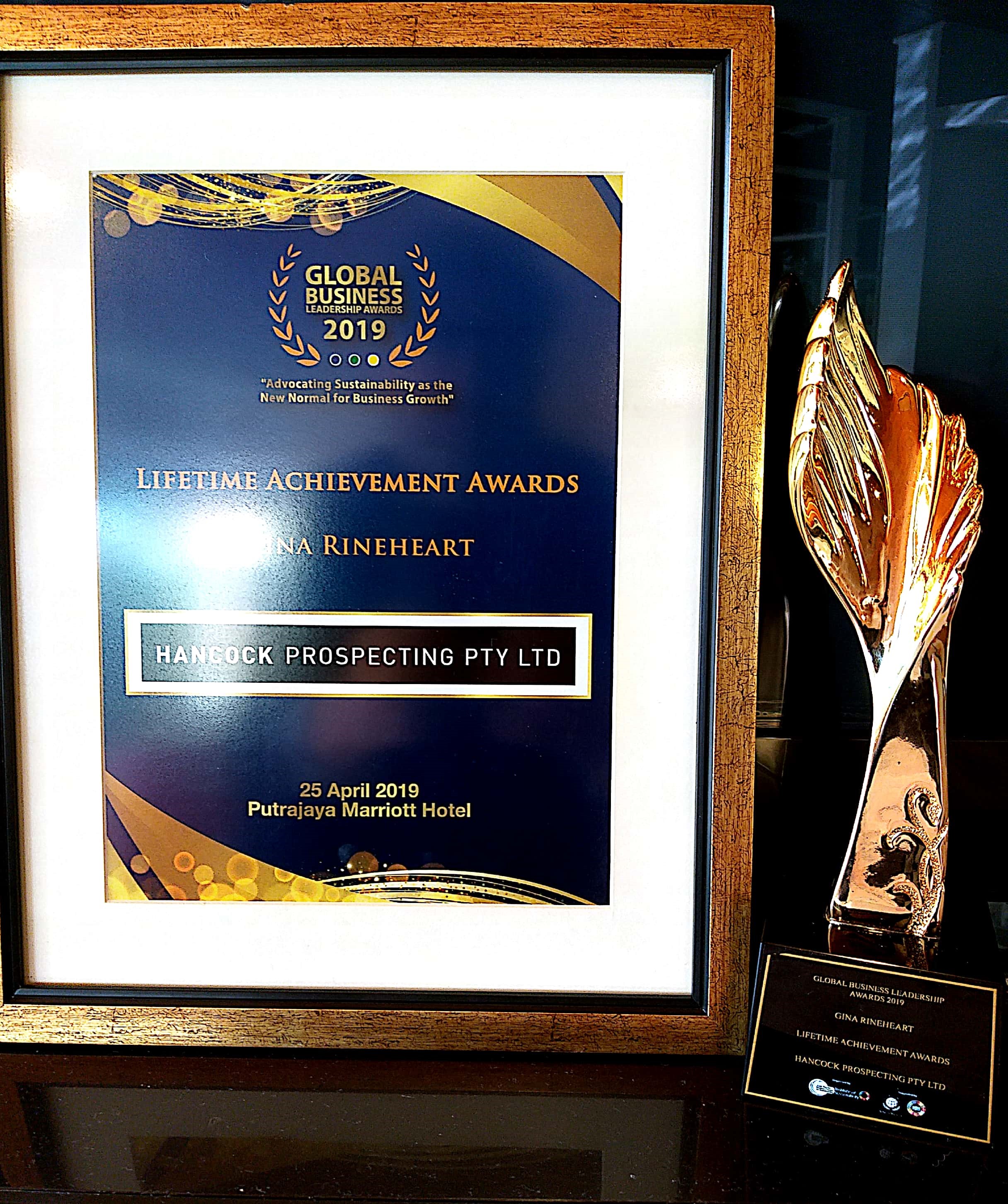 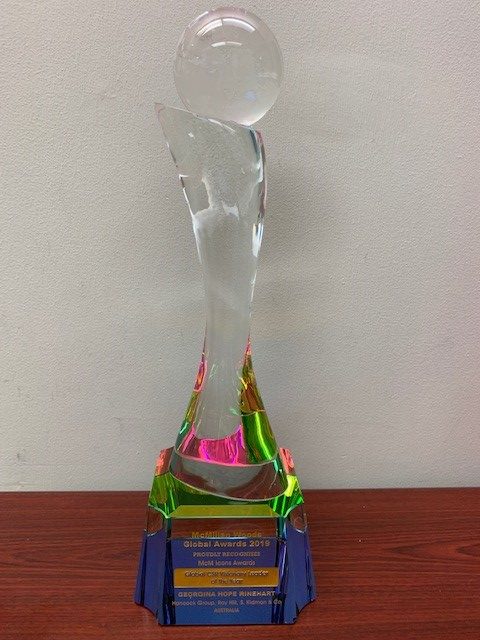 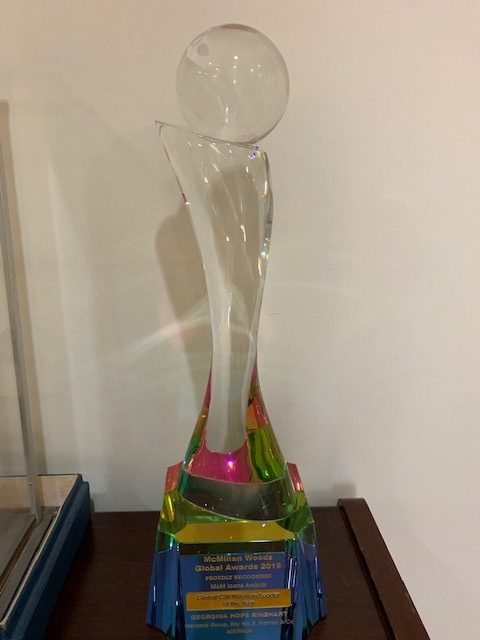