Mrs. Gina Rinehart was tonight awarded the Champion of Entrepreneurship Award at the 2018 Ernst & Young Entrepreneur of the Year awards.

The Champion of Entrepreneurship award is an award at both regional and national levels and is awarded to a leader with a long-term record of outstanding entrepreneurial achievement.

Being selected to receive this lifetime achievement award is a testament to the outstanding entrepreneurial success of the Champion over many years.

This year and in recognition of sustained, outstanding entrepreneurial achievement, the 2018 Champion of Entrepreneurship is awarded to Mrs. Gina Rinehart. Mrs Rinehart, as Executive Chair of the HPPL group, Roy Hill and Kidman & Co, has significantly invested in Australia over decades in primary industries, creating thousands of jobs, opportunities for many, and billions of dollars of tax revenue. She received the Diggers and Dealers award twice, and more recently this year received the inaugural award for her contribution to West Australia’s development, in addition to other awards. Mrs Rinehart’s dedicated leadership and efforts changed the then troubled Hancock Prospecting Group, to the most successful private company in West Australia’s history, under her executive chairmanship.

The Ernst and Young awards were held at a black tie ceremony at the Crown Towers, Perth. Due to international commitments, Mrs. Rinehart was unable to attend, however her goddaughter,  Jennifer, proudly accepted the award on her behalf. 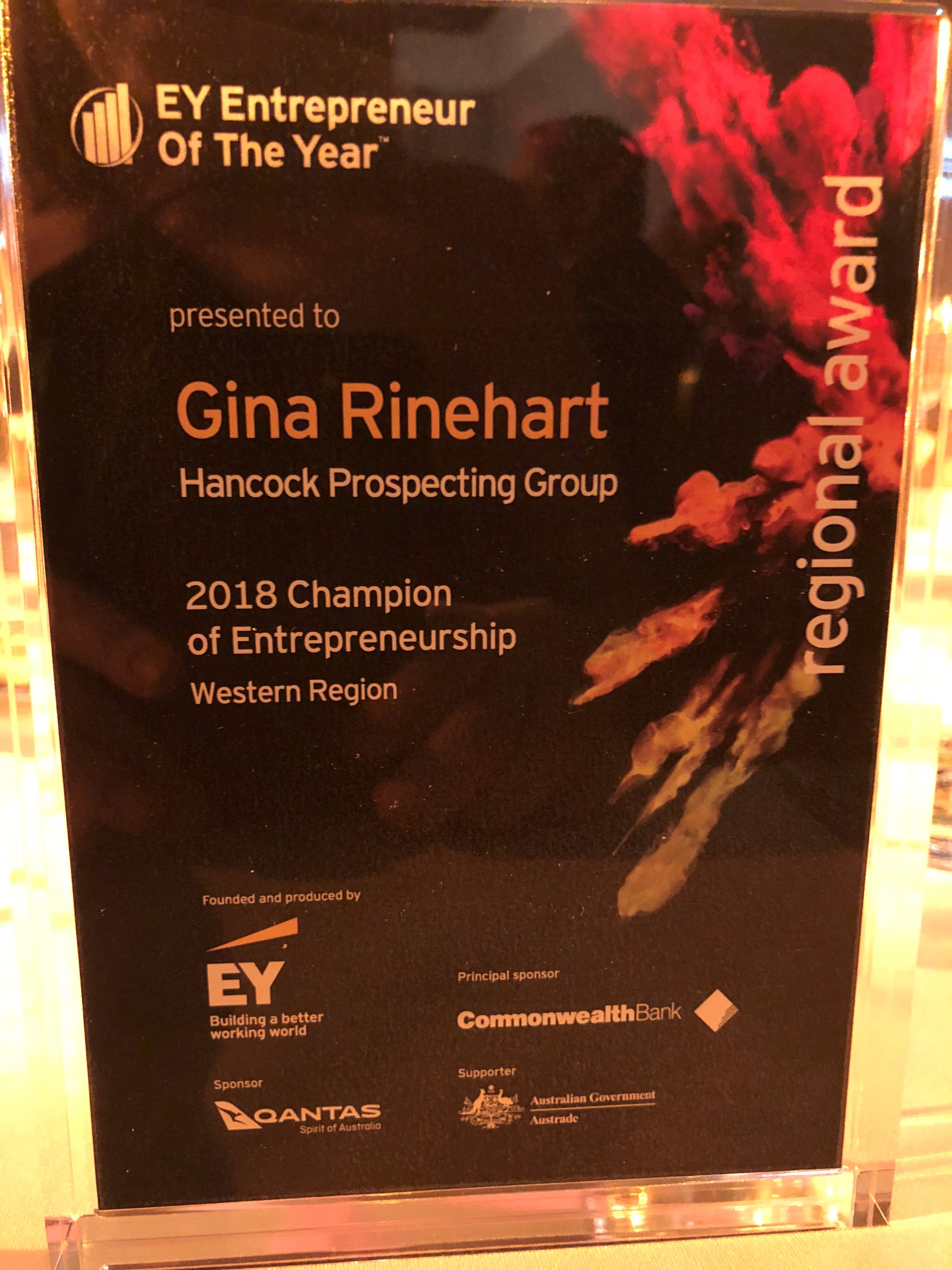 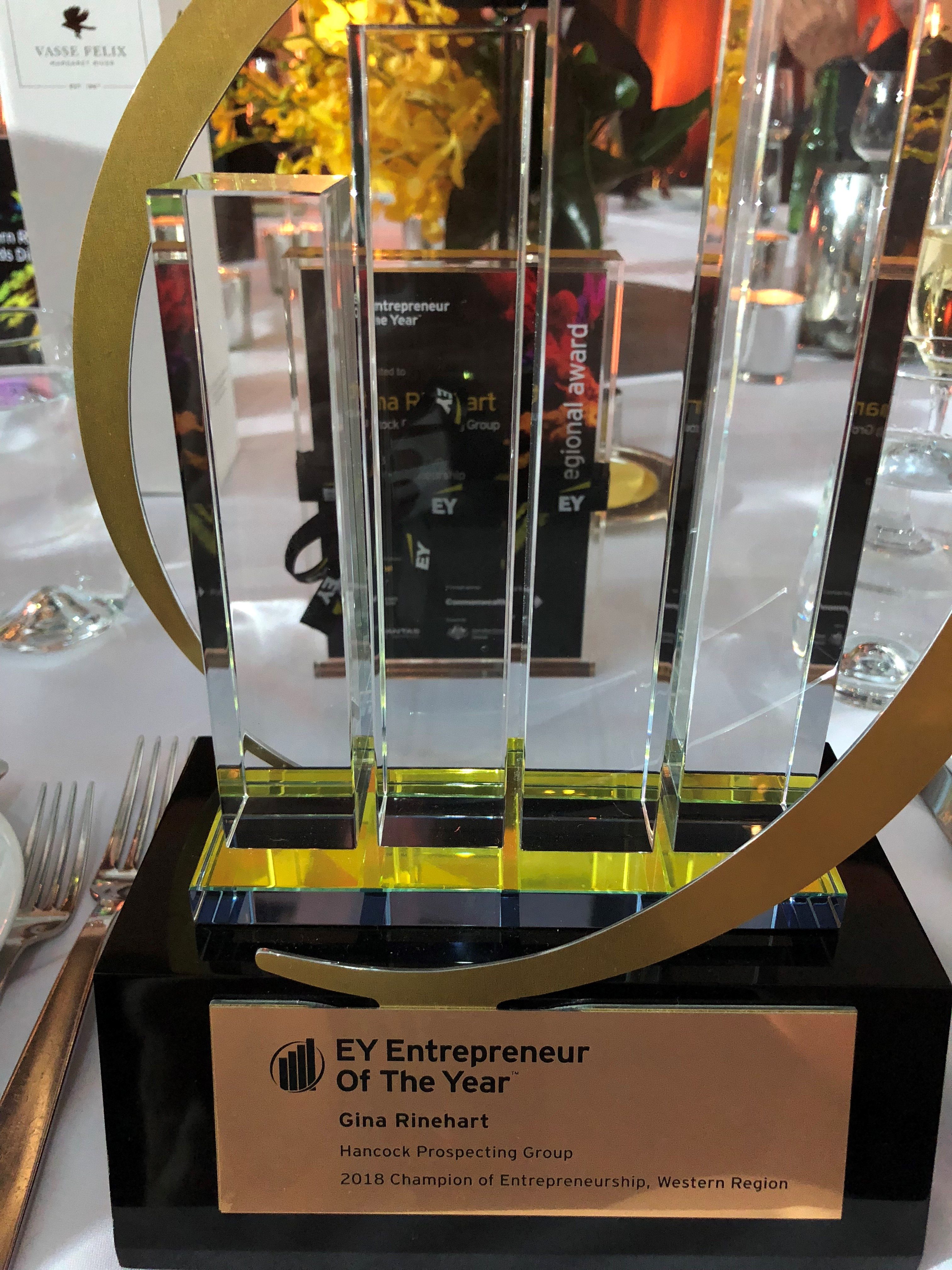 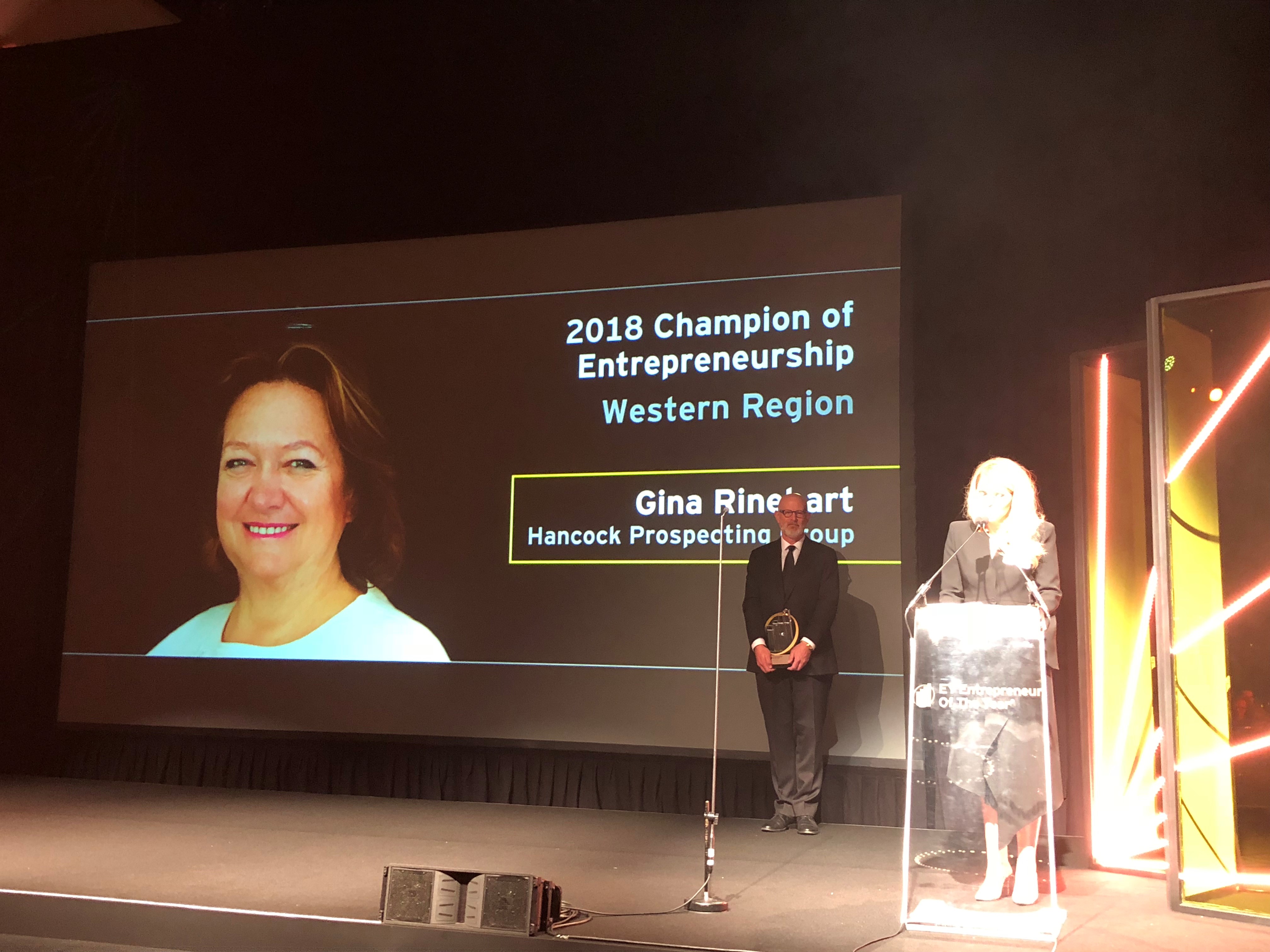