Queensland Community Foundation Board of Governors Award for Outstanding Achievement.

On a beautiful, warm, and sunny day in Brisbane, our outstanding philanthropists were acknowledged at Queensland Community Foundation Awards Lunch, at the Brisbane city hall.

Several worthy recipients were honoured, with Mrs Rinehart being awarded the supreme honour of The Queensland Community Fund 2021 Board of Governors’ Award for Outstanding Achievement.

To resounding applause, and in front of several distinguished guests, including Mrs Rinehart’s great friend, Dawn Fraser, the award was accepted on Mrs Rinehart’s behalf by Courtney Talbot.

This prestigious award, Queensland’s most significant, was presented to Mrs Rinehart in recognition of her many philanthropic causes, including Cancer, sports sponsorship, including para-swimming for more than 7 years, Royal Flying Doctor Service, and many others. Indeed Mrs Rinehart has been a major sponsor of our Queensland swimming since January 1st 2013, and if Queensland was a country, Queensland by itself would have achieved the 7th leading medal nation in the world! 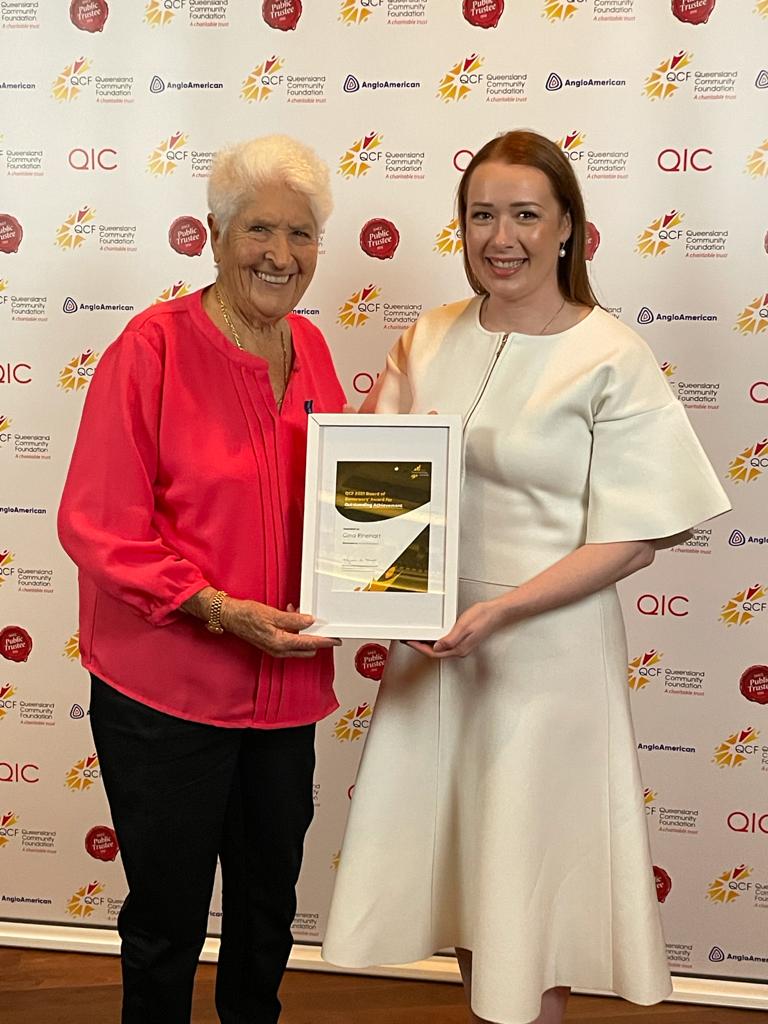 Dawn Fraser an Courtney Talbot with Mrs Rinehart’s QCF 2021 Board of Governors Award for Outstanding Achievement.