On Friday night 16 February, Mrs Rinehart was presented with the Angkor Award by Scott Neeson, Founder and Executive Chairman of the Cambodian Children’s Fund (CCF), in an amazing ceremony adjacent to the Thommanon temple. The Angkor Award is rarely given, and recognises the outstanding and meaningful contributions by Mrs Rinehart over years to the improvement of the lives of impoverished and less fortunate girls in Cambodia. These contributions assist to inspire today’s Cambodian youth into tomorrow’s role models and leaders through education opportunities and mentoring.

In presenting the Angkor Award, Mr Neeson commented, “Mrs Rinehart embodies the spirit of the Award. Her dedication and involvement has provided Cambodian girls and young women the opportunity to realise their potential. Moreover, Mrs Rinehart’s actions provide much-needed mentoring for those girls from disadvantaged backgrounds. Initially, this was reflected in the increased confidence of the girls. As the program matures, we are seeing more girls and young women entering the male-dominated fields of engineering and health sciences. In terms of empowering girls and young women, this is our definition of success. We are enormously grateful for her support, leadership and dedication.”

The award ceremony was held in a very beautiful setting at the Thommanon Temple, one of a pair of temples built during the reign of Suryavarman II (from 1113–1150) at Angkor, Cambodia. This elegant temple is located east of the Gate of Victory of Angkor Thom. It is part of the UNESCO World Heritage Site, inscribed by UNESCO in 1992 titled Angkor.

Mrs Rinehart, who assisted over many years very worthy community and educational causes in Cambodia, was visibly deeply touched by the speech of Scott Neeson, and the appreciative speeches of the Cambodian girls present on the award night. Her assistance has not only changed their lives, bringing them out of terrible poverty, to give them lives they never dreamt would be possible for them, but has improved the lives of their families, indeed many of the girls now work voluntarily to help their communities also.

Cambodian dances with beautiful costumes were performed in front of the temple during the evening, and special permission was given for the Cambodian dancers to perform a dance usually only performed for the King of Cambodia. More than 800 candles were lit to light up the surrounding area.

In addition to the Award, Mrs Rinehart received a large glass jar with many sticks inside. On these sticks were writings by Cambodian children she had helped, lovely messages for her, good wishes messages, and messages of appreciation. Mrs Rinehart was also very deeply touched by this precious gift. 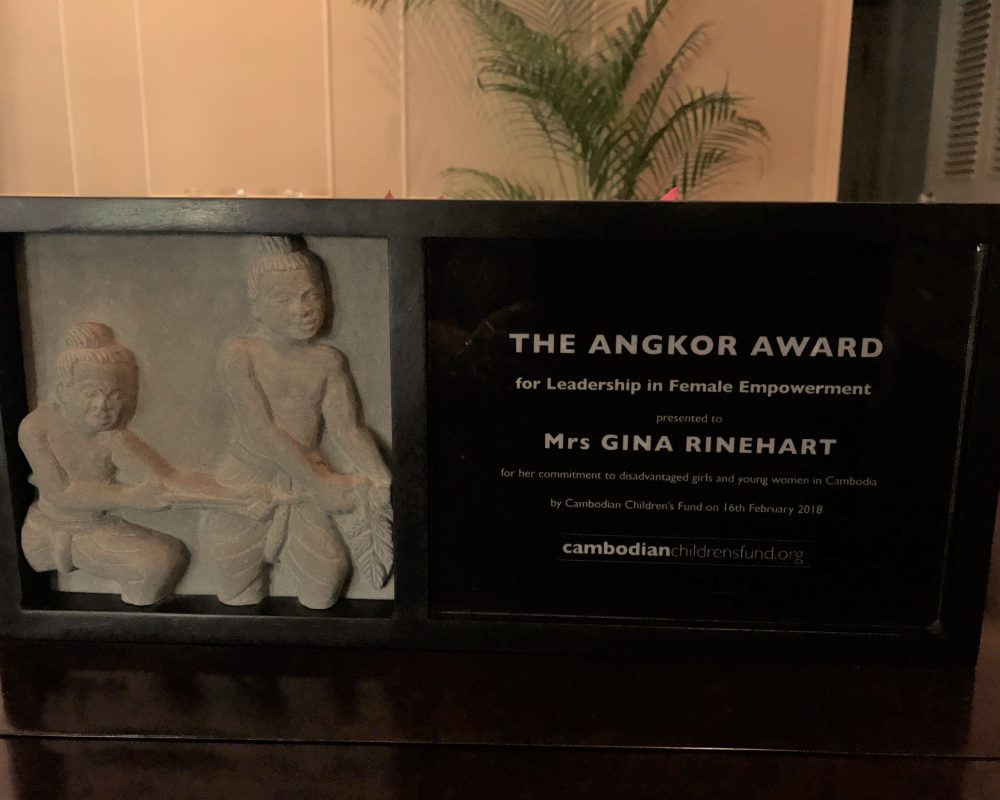 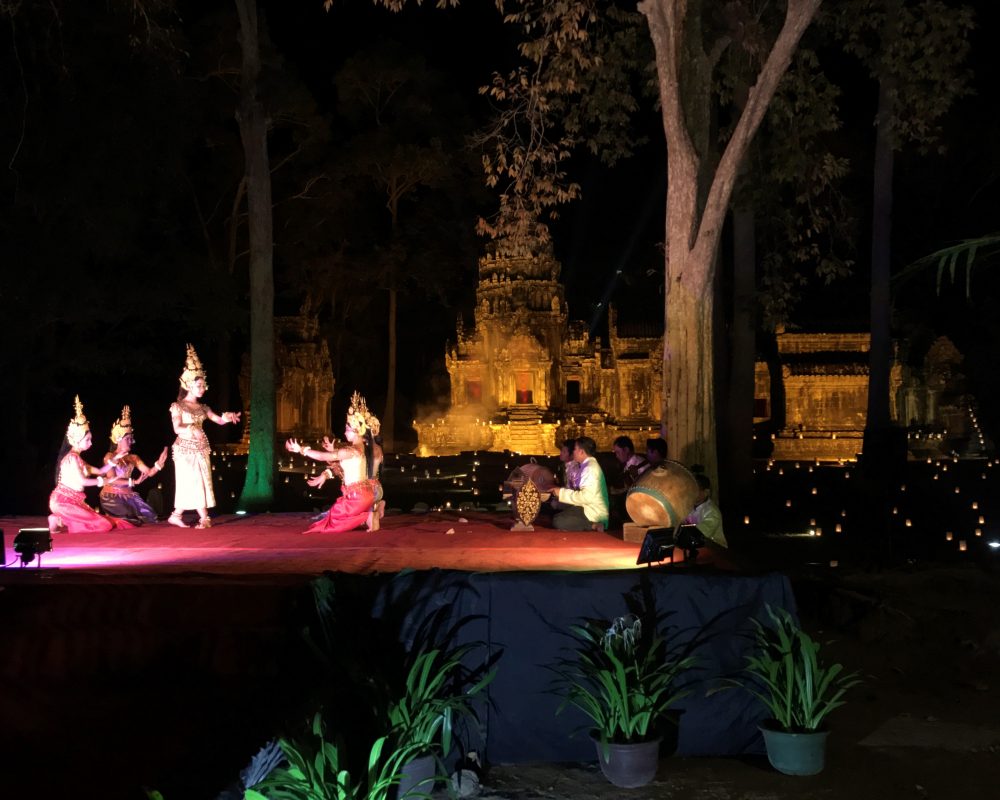 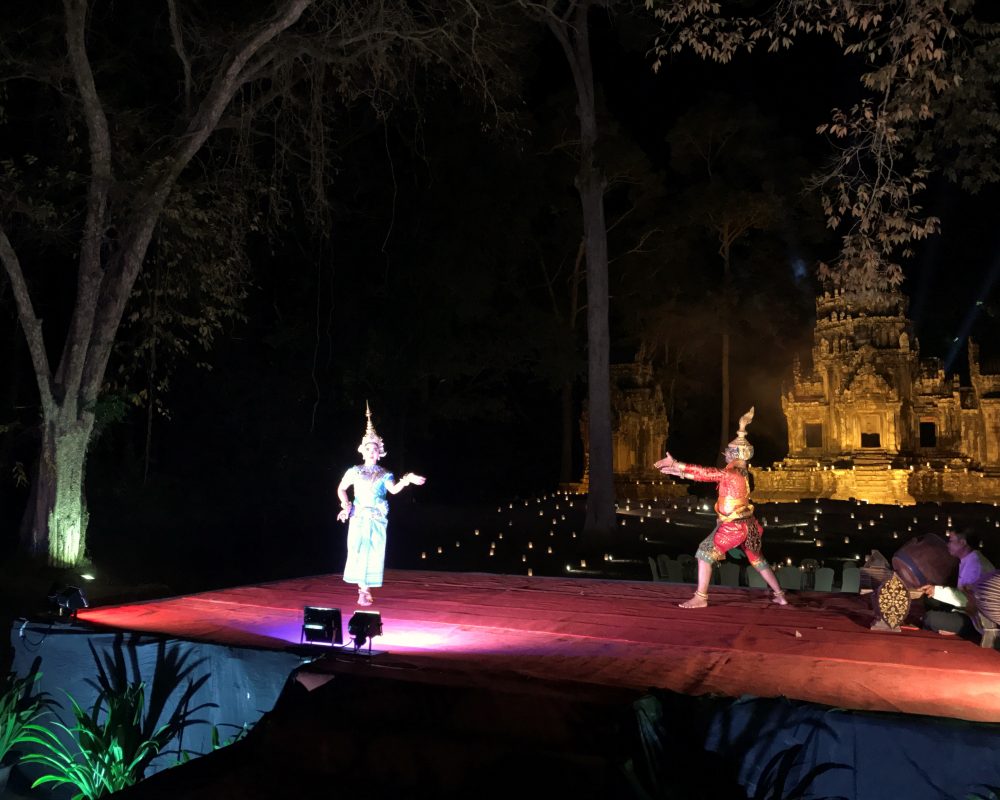 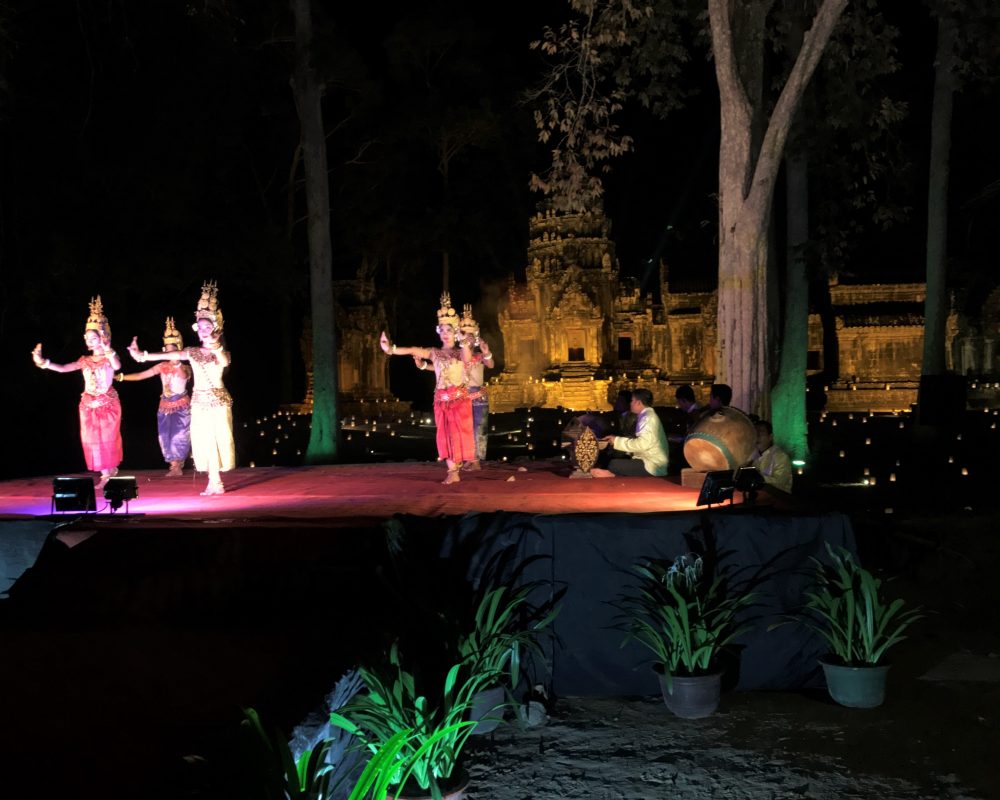 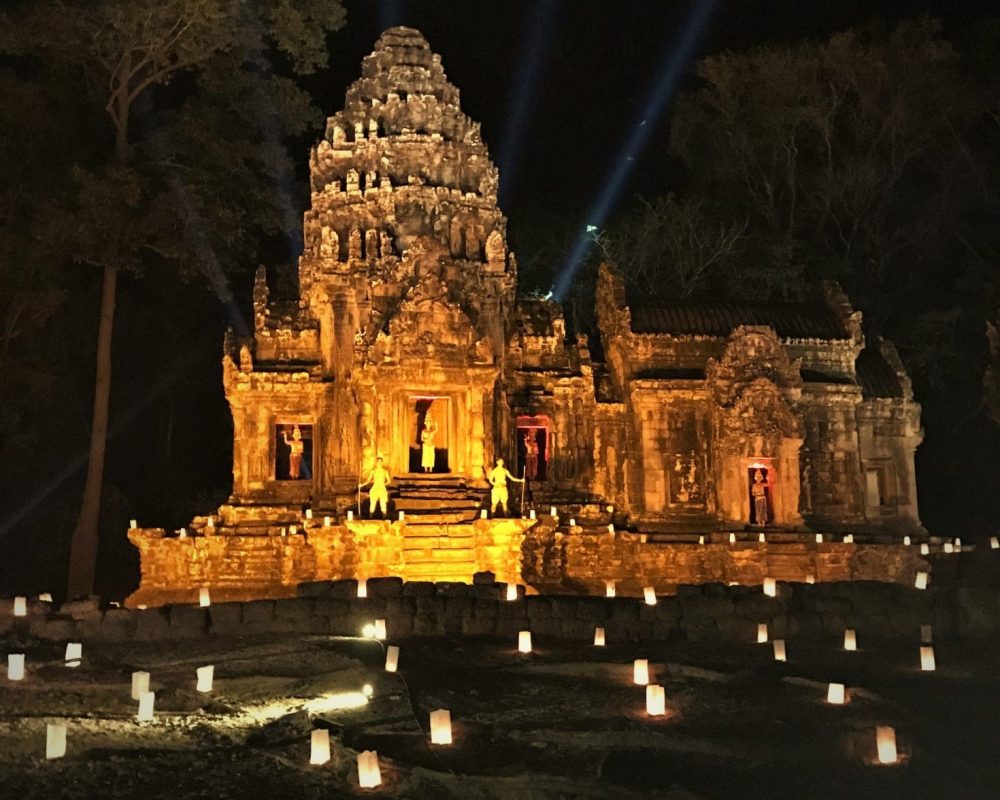 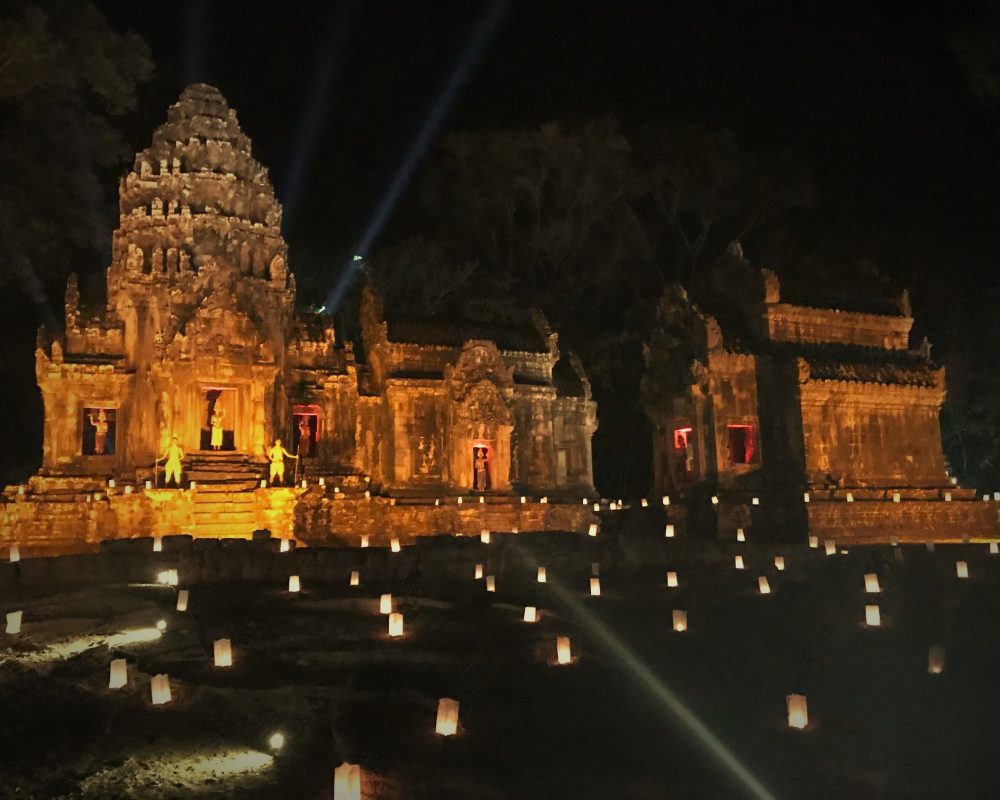