By Hancock Prospecting09/01/2017Corporate, Other Publications

Mrs Rinehart was delighted to conduct the coin toss for the Men’s Doubles Final on Sunday where Australians Jordan Thompson and Thanasi Kokkinakis were competing against an American and European doubles pair.

Luck had it that the Australians won the coin toss, picking heads, and chose to serve, leading them to win the first game of the match.

The stadium was right behind our two Aussie tennis players and the crowd were elated when the Australians won the match in 2 gripping hard fought sets. 7-6, 6-4.

Jordan and Thanasi’s win marks the first time ever an all-Australian pair has won the Brisbane International – a remarkable achievement!

Well done Jordan and Thanasi, you have made Australia very proud! 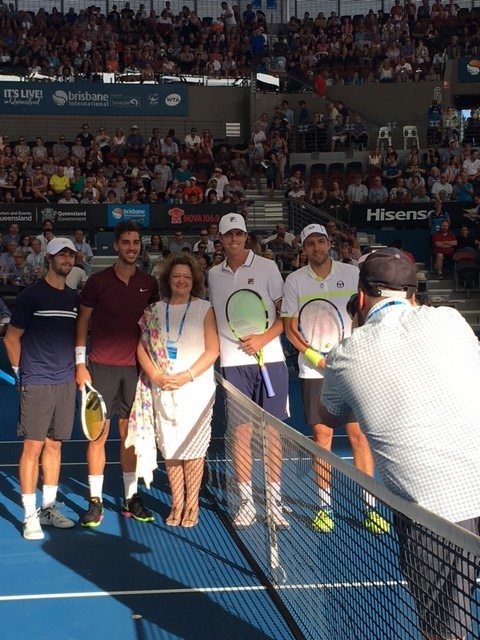 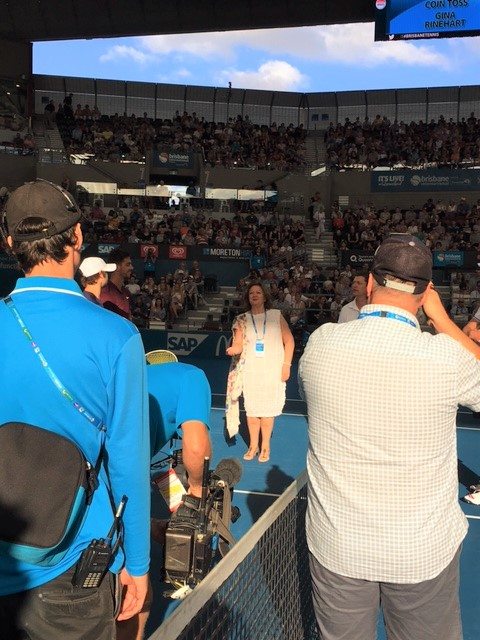 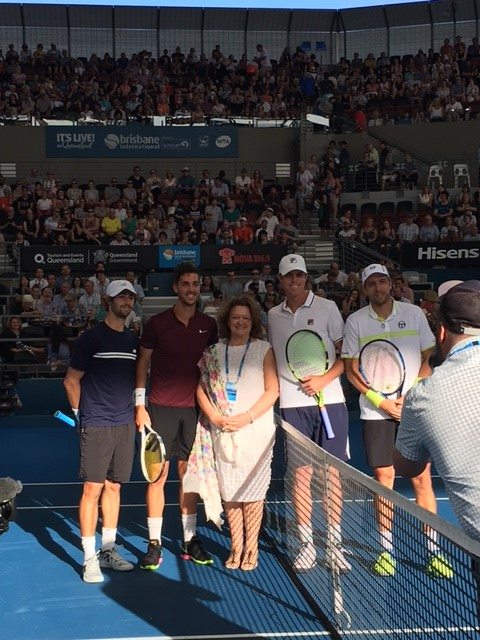 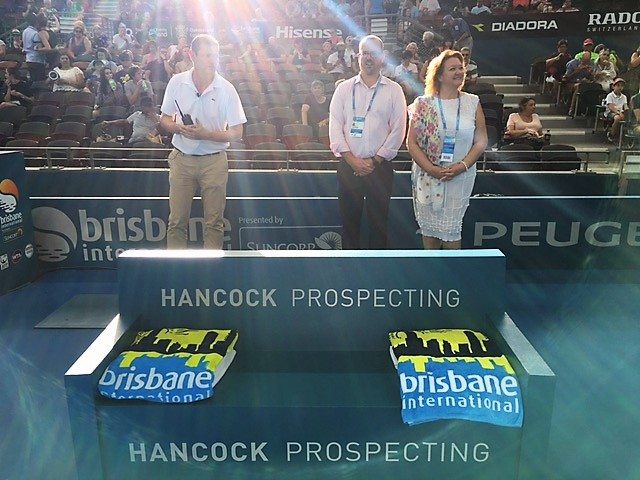 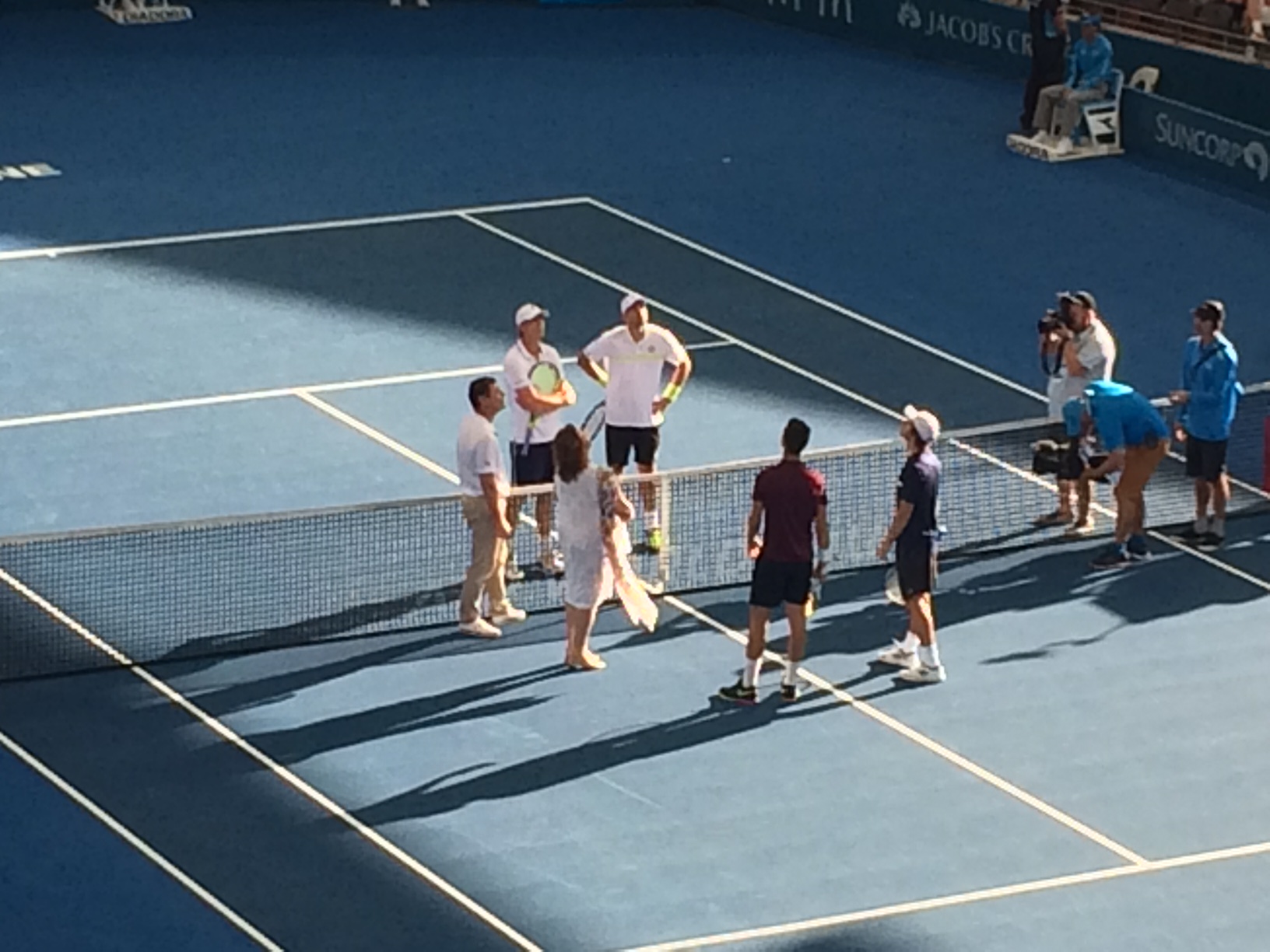