By Liza14/02/2022News
Article by Jacquelin Magnay courtesy of the Courier Mail.

Jackie Narracott’s winning formula was simple: fall in love with another competitor and pick his brains, and then max out the credit cards.

Narracott’s astounding silver medal effort in the death-defying skeleton at the Beijing Olympics, in a sport foreign to the Australian sporting scene, was eight years in the making.

She would beg and borrow on the world cup tour: obtaining video assistance from the Danes, training on the South Korean track for a few months, looking to the Canadians for medical support for serious concussion when she suffered a near career ending crash in late 2018 and trained on the British track.

Australia, through the Olympic Winter Institute of Australia would help out with co-ordinating some of the assistance with other teams but Narracott was never considered a top contender. The official funding for a sliding program ended at the PyeongChang Olympics, but Narracott still believed.

“I borrowed from the bank of mum and dad,’’ she said, calculating that the silver medal around her neck has cost her and the family well in excess of $100,000.

Before PyeongChang, Narracott received nothing, but in the past four years there has been some small support: $20,000 a year from the Olympic Winter Institute of Australia and some ad hoc payments from Bobsleigh and Skeleton Australia such as a $5000 Beijing Olympic preparation grant. Now, having won a medal she is eligible for a $15,000 medal incentive payment from the Australian Olympic Committee (which also funds Bobsleigh and Skeleton Australia with $100,000 a year because it gets no money from the Federal government), but she is unsure if she will continue.

The big difference, Narracott believes, was meeting her husband Dom Parsons, the PyeongChang skeleton bronze medallist from Britain back in 2014.

Parsons, a quietly spoken Englishman, told The Australian that he knew he wanted to propose to Narracott before the 2018 Olympics because “she is someone I can fully trust and there is never a moment where we don’t feel entirely comfortable with each other”. But he didn’t want to distract from her initial Olympic effort, buying the ring a few months after the South Korean Games. That was when Narracott banged her head on the Whistler sliding track, but Parsons laughs: “her yes to me was not concussion-related”. The couple married in 2019 and they set up home three hours west of London where there was a sliding push track at the University of Bath.

Over the past three years Narracott continued on the world cup circuit and would send the training videos to Parsons, an engineer with former skeleton slider Kristan Bromley, who designs sleds to analysise and advise.

She would call Parsons each evening and he would review her day’s training at whatever track she was around the world. For several months during the pandemic it was South Korea, other times in Canada, but when the Canadians lost some funding, she switched to Europe.

But the 31 year old said the biggest change came when Parsons was in person with her reviewing the track. He can visualize it in 3d form, wherease she can only feel it.

“We would chat at night reviewing the video from training on the road but it is having him by my side that has been great,’’she said.

The Olympic track, nicknamed the Dragon, is similar to the St Moritz track because it is freshly carved and few have any experience on it.

Parsons and Narracott minutely studied the Yanqing track, the thickness of the ice, the curvature, the banking, the little bobbles and the problem points.

“Our Olympic approach was similar to St Moritz because you have to figure it out. It is handmade from the snow and ice and you have know every bit of the track. You only have four runs so you have to be familiar with it. And the plan we went with was not that she had to put down a blisteringly fast run, but she had to put down four good runs. That was a big challenge on this track to get that consistency,’’ said Parsons.

Narracott’s Olympic strategy was to concentrate on getting back into line quickly, rather than sliding on a knife-edge.

She also said there was a switch in her mindset a few months ago.

Narracott revealed: “I finally let go of the need to medal. I finally realised my career was not going to be any worse or any better… so like, oh man, it happened. There has always been that belief but to actually get the concrete evidence in front of me and for everybody else is huge.’’

Narracott said she surprised herself at the Olympics “a little bit’’, adding “the whole field is ridiculously tight, so to medal in that field is unbelievable. There were ten of us who could have taken any of those three positions.’’

Parsons said Narracott had refused to give up, and he admired her determination and resilience. She has been wanting this for so long she has just got this determination, he said proudly, admitting that he was more thrilled for his wife to win a medal than he was for his own achievements.

“By the time we got to race day she’d managed to find confidence in herself that whatever she came up against down the track she could deal with,’’ he said.

“The biggest part was that she had that relaxation and flow down the track. Even when bits weren’t ideal she still flowed with it.”

Narracott is now heading back to Queensland for the first time in two years, to see family and enjoy some sunshine. Once again, the couple will be briefly separated, for Parsons has to head back to work in Britain. 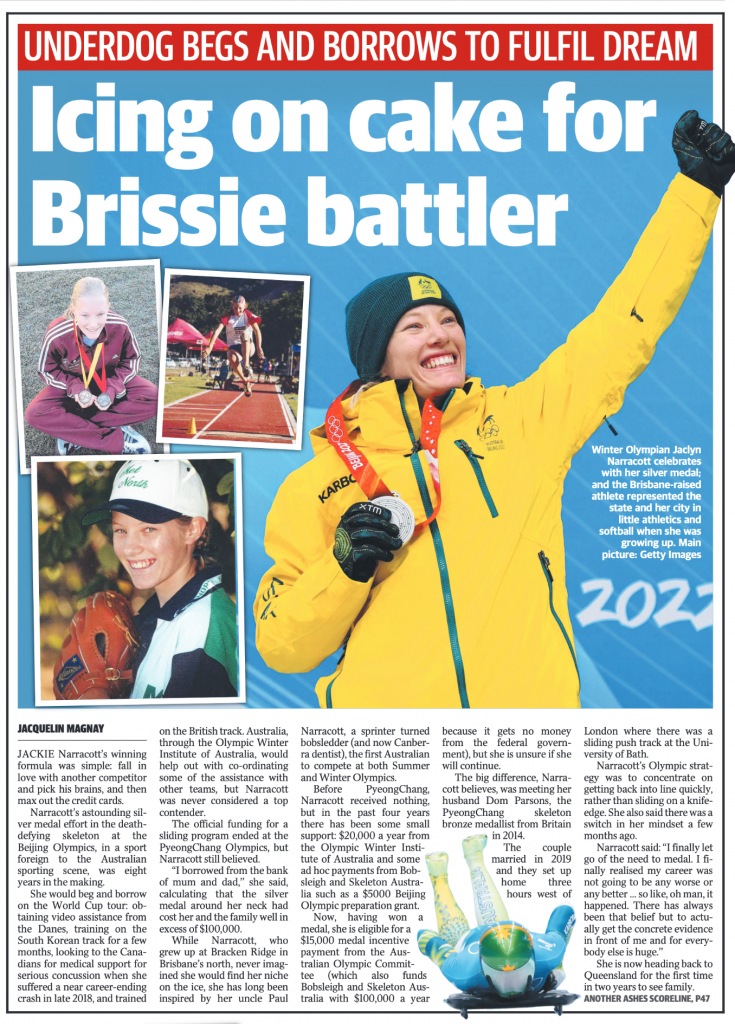 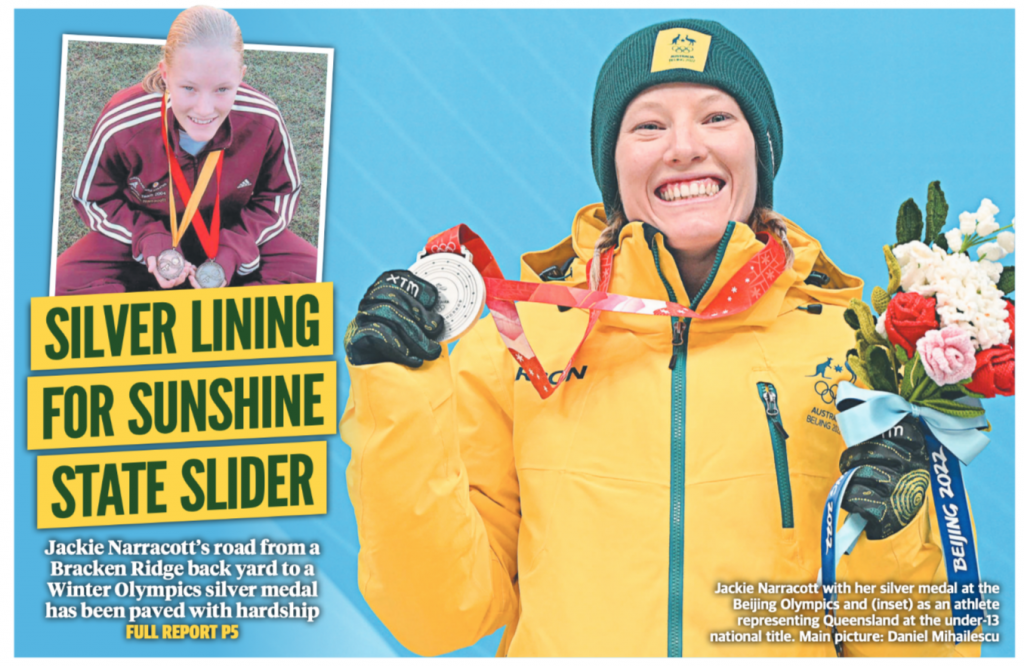