Article by Melissa Woods courtesy of the West Australian.

Jackie Narracott has made Australian Olympic history after winning a silver medal in the women’s skeleton at the Beijing Games.

Australia has never medalled in any of the sliding events at a Winter Olympics and doesn’t have any training facilities, with Narracott based in England and training in Europe and Korea.

Narracott looked emotional when she was told of the medal immediately following her final run, with her green and gold mouth-guard on show.

Narracott shocked the field to lead at the halfway point after two runs on Friday and slipped back to second after the third run on Saturday night behind Neise.

With the times cumulative over four runs, she kept her cool in the final outing, clocking one minute 2.11 seconds but the 21-year-old German fired home a run of 1:01.63 to take the win by 0.62 seconds.

World Cup series winner Kimberley Bos, from the Netherlands, laid down a lightning final run, clocking 1:01.87 which secured her a bronze medal.Narracott had earlier put down a scorching third run to set a track record of 1:01.79 but it was short-lived with Neise beating the mark at 1:01.44.

Narracott trailed Neise by 0.14 seconds heading into the final run, with world champion Tina Hermann, also from the traditional sliding powerhouse Germany, in third a further 0.34 back.

Bringing Australia’s 2022 medal haul to four, Narracott was 16th on her Olympic debut four years ago.

She arrived in Beijing in career-best form, becoming the first Australian to win a skeleton World Cup gold medal, after topping the podium at St Moritz, Switzerland last month.

She is coached by her husband Dom Parsons, who won a bronze in skeleton for Great Britain at the 2018 Pyeongchang Games before retiring, and he is by her side in Beijing.

Team chef de mission Geoff Lipshut lauded the achievement of Narracott earlier Saturday just to be in a medal position.

“It’s a remarkable individual effort, someone’s been pushing themselves around the world circuit, largely funding themselves,” he said.

“Jackie is supported by the system but it’s a huge individual effort.

In the skeleton, athletes use a small sled to race head-first down a frozen track, reaching speeds of up to 140 kilometres per hour.

Narracott’s uncle, Paul Narracott, was the first Australian to compete at both a Summer and Winter Olympic Games.

He competed as a track sprinter at the 1984 Los Angeles Games before joining the two-man bobsleigh team at Albertville in 1992.

Narracott joined the Australian bobsleigh squad in Europe in 2011, where she met the national skeleton coaches who convinced her to make the switch.

She took her first ride on a skeleton sled in March 2012 and made her skeleton World Cup debut at the end of 2014. 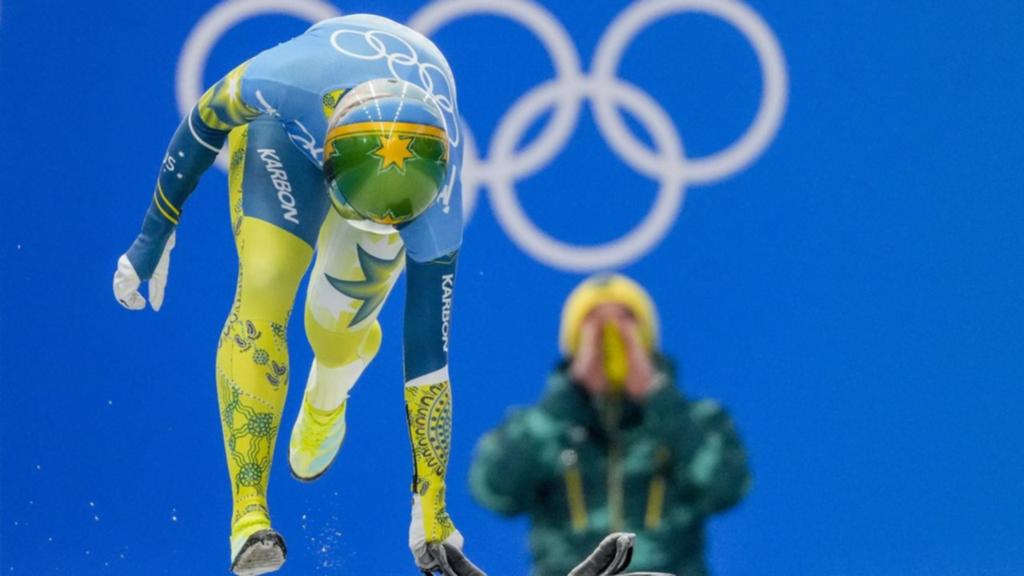