Why Gina Rinehart wants Peter Dutton to get a bigger budget

Article by Julie-anne Sprague courtesy of the Australian Financial Review. 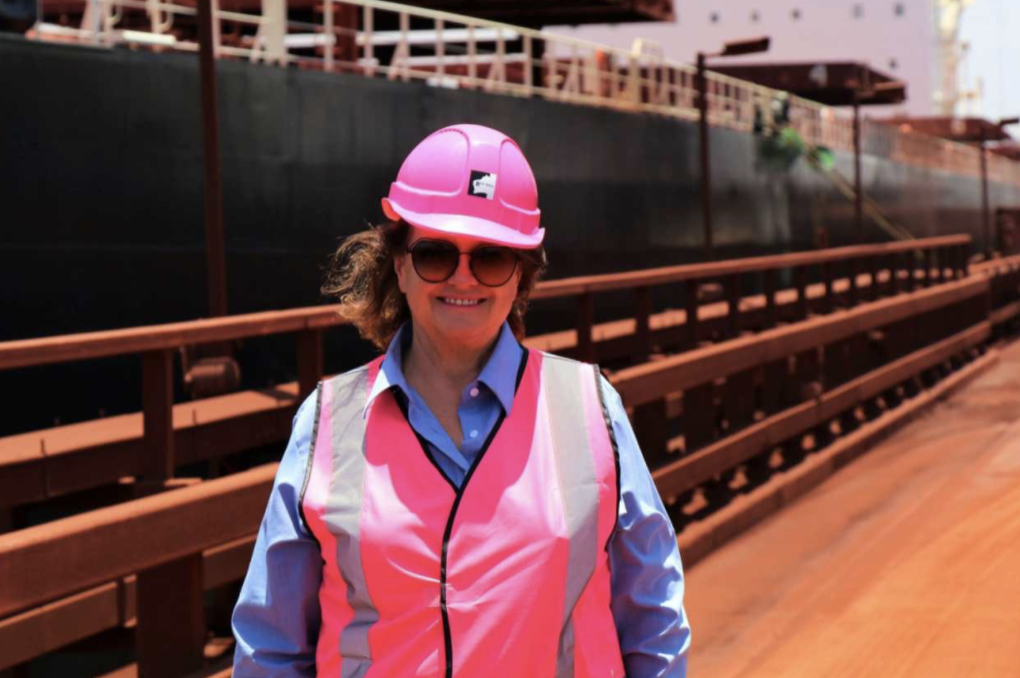 Gina Rinehart at the Roy Hill berths in Port Hedland. “We have had a wake-up call in recent weeks of the importance of a country being able to defend itself.

“We have had a wake-up call in recent weeks of the importance of a country being able to defend itself, and I have been advocating for a long time that the Australian government take its primary responsibility to Australians far more seriously, and that this be reflected in how taxpayers’ money is spent. Less wastage of taxpayers’ money, and more spent on actual defence,” Mrs Rinehart said.

She sounded the alarm on energy security, warning that Australia should heed the lessons of Germany, which she said was too reliant on Russia for its energy needs. She said it was critically important Australia was self-sufficient in fuel and energy supplies.

“We need to learn from Germany closing its nuclear power and coal-fired power stations, so that it is now primarily dependent on Russia, despite then president [Donald] Trump’s strong warning,” Mrs Rinehart told The Australian Financial Review.

“Germany is faced with rising power costs and shortages, and you can see its resultant initial aid to help Ukraine – 5000 helmets! We must learn that being self-sufficient in fuel and energy supplies is of critical importance.

“For a short time under its previous president the US was fuel and energy sufficient, which means that important economic sanctions could be effectively employed.

“Instead, we see the US sending Russia tens of millions each day to get fuel, which helps to support Russia’s war against Ukraine, and whichever nearby country may be next, because [President Joe] Biden is too frightened to put on more effective economic sanctions, given his far-left-driven policies to cut off oil and gas supplies from Canada, and restrictions against new oil and gas and coal supplies in the US.”

Mrs Rinehart said US policies were driving up costs, and so important fuel sanctions were “still not happening to deter Russia”.

Mrs Rinehart defended the use of coal as part of the energy mix.

“We should and must learn from what has happened in both US and Germany, with far-left policies ensuring lack of fuel and energy production, and instead of following such harmful paths, encourage more economic energy – be that more hydroelectricity via more dams, nuclear power, coal-fired power stations, solar power, and/or wind power, and regulations rapidly diminished to enable more oil, gas, coal, dams, solar panels, uranium mining and so on.”

“The No. 1 responsibility of government, and I think we’ve had some compelling reminders of this over the past few years, is to defend our country,” Mrs Rinehart said.

“Grossly inadequate defence spending, not only during this government, but successive Australian governments, providing our large country with few military aircraft, and our many thousands of kilometres of coastlines with few military ships and submarines, and what we have are primarily old and even lacking adequate maintenance spend in military operations [with our allies overseas] and further defence needs, must be addressed responsibly and with urgency.

“We must reposition our priorities, less on vote-buying, less handouts, including to billionaires seeking taxpayers’ money, less wastage, and much more on real defence.”

Mrs Rinehart praised Defence Minister Peter Dutton but said he should “sell Defence Department pot plants, paintings and sculptures”. While he recognised the responsibility to defence, he could not be effective “without a substantial budget to spend on real defence”, she said.

Defence spending rose to $44.6 billion in the last budget, accounting for about 2.2 per cent of gross domestic product, after falling to 1.6 per cent under Labor – the lowest level since before World War II.

“Industries should be immediately encouraged with government [red] tape eliminations, so that we can have, on Australian shores, the equipment and supplies that our defence needs,” she said.

“This needs to extend to removing tape burdens on our minerals that are essential for our defence, you’d be surprised how many minerals are required for defence.”