The Australian rowing team is better placed for Tokyo 2021 than it would have been at last year’s postponed Olympics. And it’s all thanks to COVID.

Dual world championship silver medallist Jessica Morrison says the Australian rowing team is better placed for Tokyo 2021 than it would have been at last year’s postponed Olympics.

Citing the team’s capacity to train almost uninterrupted at the national centres in Canberra and Penrith while some rival countries have faced extended lockdowns, Morrison believes this can translate into better results — and potentially more medals — in Japan later this year.

“Absolutely … I think we are really well placed to do well, I think we are at an advantage,” Morrison said when asked about her confidence levels heading towards the Tokyo Olympics.

“We haven’t suffered (from COVID-19 lockdowns) as much as other countries have. We have been able to train pretty much close to normal the whole time.

“That has minimised the disruption … so we feel very lucky in that sense.”

While the talented 28-year-old hasn’t competed overseas since the start of the pandemic, she has heard anecdotal reports about the challenges faced by some overseas competitors. 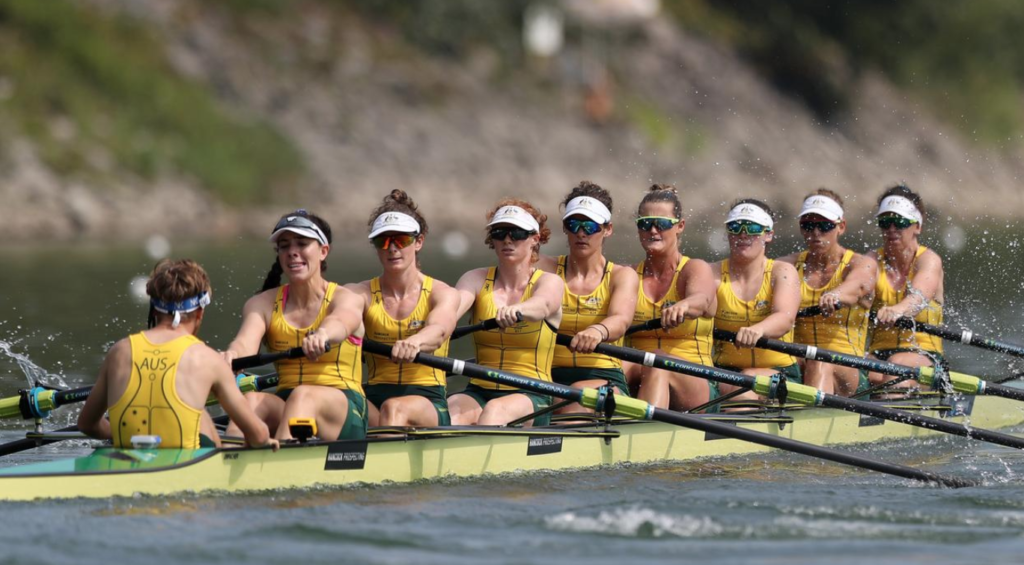 “You hear about how Great Britain has had such a long lockdown and their rowers haven’t been able to train (regularly) and with America not doing so well, that has impacted on their rowers as well,” Morrison said.

“I haven’t talked directly to those athletes, but you see what some of the other countries have been through, and you can’t help but feel for them.”

Morrison told News Corp last year’s postponement of the Tokyo Games was “a tough pill to swallow”, but has only driven her even harder.

“Everyone quickly realised how much better we could become with an extra year under our belt,” she said.

“We are so well supported (in Australia);  we have the best resources in the world, I would say, and we have a really strong culture that has given us great energy and resilience.”

The duo won silver medals in the women’s coxless pair at the 2019 world championships in Austria before the pandemic hit.

Both were also members of the women’s eight that won silver at the world championships.

Morrison’s performances helped secure her the 2019 Gina Rinehart Leadership Award, an acknowledgment of her leadership and drive in the rowing program. 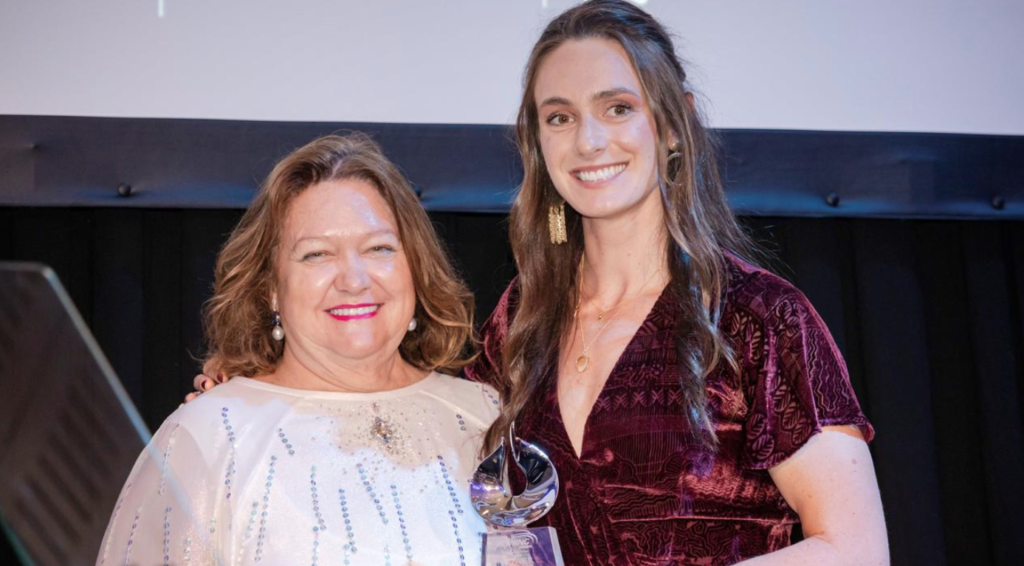 That’s a huge effort for someone who always dreamt of being a swimmer and who spent most of her early years in the pool, not out on the water.

She won gold in the 4×100 metres freestyle at the 2011 World University Games and bronze medals in the 100m freestyle at World Cup meets in Berlin and Stockholm a year later.

The 2012 London Olympics was her goal at the time, but she narrowly missed selection.“The year (London) before I was literally one place off getting (into the) 4×100 freestyle relay,” she said. “I had realistic goals to try and make the relay team the next year.

“I like to think I was pretty close. But I had a pretty disappointing swim meet and didn’t make the (2012 Olympic swim) team.”

She immediately switched her focus to Rio 2016, but a serious shoulder injury — coupled with reconstruction surgery — changed her plans.

Indeed, it changed her sport, but not her Olympic dreams.

Morrison was encouraged to switch to rowing by a number of people, including eventual 2016 Olympic champion Kim Brennan, who had started out as a hurdler.

“I missed swimming, but I quickly realised I loved being competitive,” Morrison said. “I wanted to go to an Olympics. As an athlete, your skills are transferable.

“I had a few key mentors who believed in me and within three years of switching to rowing, I made the Olympic team.“I took the risk of changing sports … for someone at the time who was risk averse and liked to stay with what I knew, it took an active leap of faith. 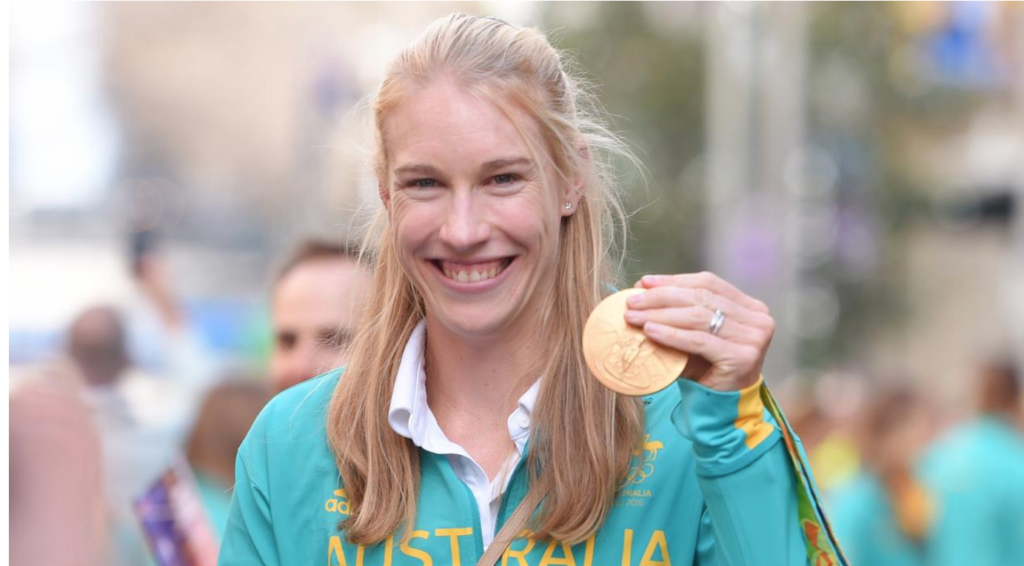 Then came what looked like more Olympic heartache before an extraordinary reprieve.

In the final qualification regatta for the Rio Olympics, Morrison and the women’s eight fell agonisingly short.

“It was crazy,” she said. “We placed third (in May) and we needed to come in the top two. It was disappointing.”

“Two months later there were all the things about Russians possibly being banned (due to doping).

There were a few girls in our crew who stayed really up to date with things and thought we might have a shot.

“They knew if the Russian women’s eight were taken out, we were next in line. I thought ‘there is no way that was ever going to happen’.

When all hope seemed lost, a call from Rowing Australia three weeks before the Rio Olympics delivered the best of news.“Our CEO (at the time) said, and I remember it so clearly, ‘Pack your bags, girls, you are going to Rio’. It was just an incredible opportunity.”

The opportunity was something she had dreamt about almost for all of her life; the preparation was anything but.“It was a great opportunity to go and participate,” she said. “But obviously not to have that fair run in and preparation that our competitors had was tough in hindsight.” 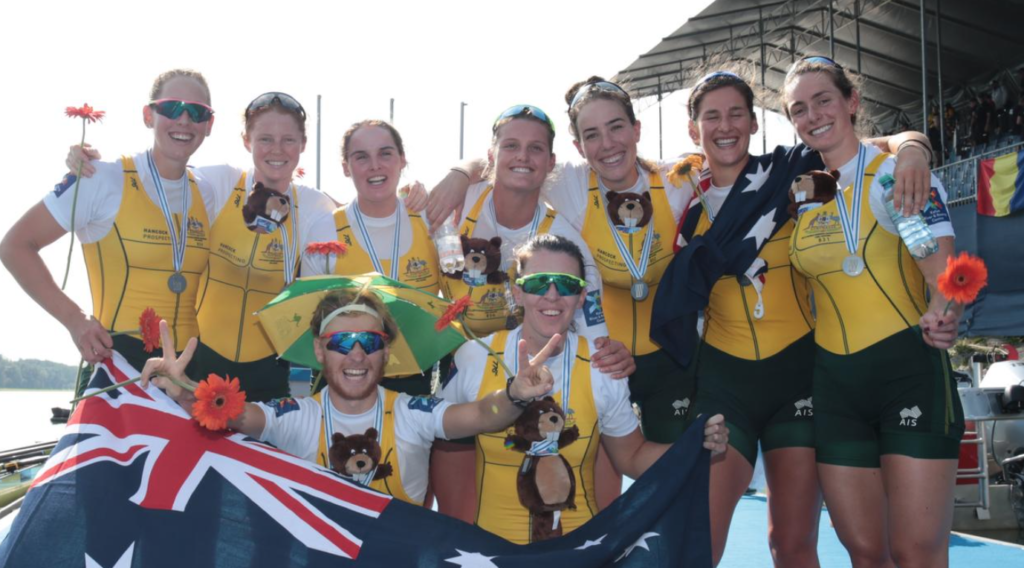 Jessica Morrison (far right) was part of the Women’s Eight who won silver at the 2019 World Rowing Championships in Austria. Picture: Rowing Australia

Time had run out for the team to ship their own boat to Brazil, so Australian Rowing had to source another one on the ground.

The team flew into Rio on August 5 with heats of the women’s eight coming three days later.

They were swiftly eliminated, but her parents Karen and John, and her sister Rebecca booked last-minute trips to see her compete.

“They were not going to miss that … they have supported me through it all,” he said.

Morrison took time away from the sport after the Games as she completed her MBA and also took up work with Ernst and Young (where she still works on a part-time basis) before switching her attention to the unfinished business of Tokyo.

Sadly, her family won’t be there this time, due to the ban on international spectators, but they will be watching from afar.

“I’m just so excited for these Games,” he said.“I have got a lot of faith in the organisers’ ability.

It will look different, but we have been reassured by the decision-makers of what the plan will be and we are very confident they will be able to put together a pretty extraordinary Games.”