Timely call to arms for Libs to take the tough decisions

Article by Chris Kenny courtesy of The Australian. 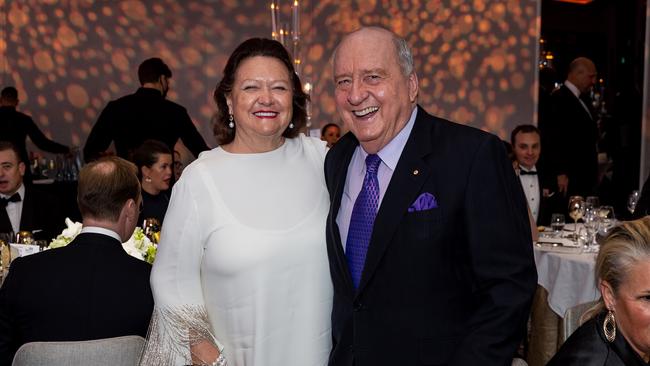 When Liberals complain about not having their voices heard in public debate it can seem churlish; after all, they have won seven of the past nine federal elections and governed for 19 of the past 25 years. Yet it is true that on a range of issues from climate change and border protection to taxation reform and pandemic responses, the green-left perspective has dominated discussion.

There can be no doubt this is a failure of media, academia and even business advocacy. But to what extent is it also a failure of the right-of-centre parties?

Whingeing about getting a raw deal in public debate seems to be the epitome of elevating talk above action. If Coalition governments were more decisive in enacting their values, they would concentrate debate on their chosen priorities.

This is one useful conclusion to be drawn from a timely new book that examines the future of the nation from a Liberal Party, or right-of-centre, perspective.

Given the party’s electoral record, it might seem a strange time for such introspection. But this book taps into a palpable sense of frustration at an apparent lack of conviction evident in Liberal governments state and federal. In part, it is this disenchantment that has resulted in breakaway parties, defections, and the splintering of the conservative vote in a coagulation of independents and minor party politicians, especially in the Senate.

Jake Thrupp, a Sydney University politics graduate and producer for Alan Jones on Sky News, has edited Australia Tomorrow, a collection of essays from a wide and significant range of contributors, many of whom we hear from often, but others, such as Gina Rinehart, who seldom enter the fray. Just “being there” is not enough; these people want more from Coalition governments.

Many themes can be deciphered across 42 contributions, and one that struck me was this bizarre reality that the winningest side of politics gets a raw deal in the public square. This book is a call to arms.

The so-called culture wars are often dismissed by the green left as an indulgence, but Australia Tomorrow book leaves you with a weighty impression of their import. In his foreword, John Howard stresses the value of substance over politicking: “Campaign skills and a strong party organisation are essential but nothing beats the relevance of ideas and the passion with which they are advocated.”

Leading businessman and former ABC chairman Maurice Newman reminds us of the gravity of the ideological battle as he laments the “woke” role of business. “As the West careers down the road to serfdom, driven by ever more reckless governments, the opportunity for a U-turn becomes more difficult,” writes Newman. “Indeed, liberal, free-market democracies, which are relatively new and unique in history, may well become a fleeting experiment in the evolution of human affairs.”

ABC broadcaster, commentator and Centre for Independent Studies director Tom Switzer also reminds readers what is at stake. “If genuine Liberals, conservatives and classical liberals fail to defend civil discourse and stand up and confront cancel culture when it rears its ugly head, the foundations of democracy risk becoming permanently disfigured,” he warns.

The mutation of our national debate into a dumbed-down, ideological sideshow could not have been demonstrated better this week. On Sky News, Sharri Markson aired a world-leading forensic documentary examining the likely origin of Covid-19 at the Wuhan Institute of Virology; but the following night on the over-resourced public broadcaster they used teenage smut and hateful slurs to mock the story and Sky News during a comedy/current affairs program (or current affairs/comedy, who can tell?) called Question Everything.

News Corp had funded groundbreaking journalism, and taxpayers funded lifelong adolescents revelling in their ignorance, spreading bile, and questioning nothing. And we wonder why the nation becomes more polarised, paranoid, and ill-informed.

ABC critic senator James McGrath demands a commission of inquiry into the ABC. Rather than whinge about the national broadcaster’s delinquent behaviour, take action to address it. McGrath urges a reshaping of the ABC charter as well as “refining” Aunty’s scope. In other words, force it to be fair and useful, and clip its wings while you are at it.

Without action on the ABC, the Coalition is betraying its values every day. Forcing taxpayers to spend more than a billion dollars a year on an organisation that undermines our national interests rather than enhances them is indefensible.

On the night Scott Morrison announced the new US, UK, Australia nuclear submarine and defence technology partnership, the ABC 7.30 program turned over its analysis to leading pro-Beijing academic Hugh White and embittered former prime minister Kevin Rudd. If the ABC had outsourced the line-up to the Chinese embassy they night have come up with the same pair – unless Sam Dastyari was available.

Australia Tomorrow’s contributors do not wallow in dilemmas but rather look at what Liberals can and should do to counter them. NSW senator Concetta Fierravanti-Wells does not mince her words: “The Liberal Party has lost its way – people have to stay and fight to return it to its central causes.”

Those who have left the Liberal Party or been forced out have tended to be from the conservative wing – think Cory Bernardi, Pauline Hanson, Campbell Newman, John Ruddick – and this has become self-defeating because it increases the power of the remaining moderates. This is one reason Queensland senator Amanda Stoker’s contribution is important; she urges conservatives to defend the strengths of liberalism, entrenching the two strands of the Liberal Party that Robert Menzies wisely cherished.

“When politicians offer to solve problems that are properly the domain of individuals and families, they slowly erode freedom of choice and deprive individuals of the satisfaction that comes from personal accomplishment,” writes Stoker. “And, as governments fail to deliver on their grandiose promises, they gradually undermine faith and confidence in our democratic institutions, strengthening the appeal of fringe populists and extremists.”

This warning is vital given the unprecedented expansion of government during the pandemic and the dire need to rein it in. As Menzies Research Centre director Nick Cater observes: “The instinct to order society from the top, with coercion if necessary, rather than trust citizens to establish social order by consent, grows stronger. If we have learned nothing else from this pandemic, we have surely learned that.”

This call to arms is echoed by Sky News host Peta Credlin, who declares people do not join the Liberals just for the “thrill” of victory. “They join because they believe Liberal victories will make our country better and safer for small business, for families and for institutions that have stood the test of time,” she writes.

Thrupp makes a similar point in his introduction: “I firmly believe the Liberal Party is the party of the strugglers and strivers. But we must wake from our slumber, mobilise our supporters by giving them something to believe in and to fight for, and prove to Australians that we have the ideas and policy gumption to govern them for the next decade and beyond.”

I suspect many readers will be nodding their heads in agreement. The answer is not words, but action. From Rita Panahi on feminism, Gemma Tognini on engaging with younger people, Alan Jones on the primacy of education, and Jacinta Price on Indigenous issues, the chapters in this book are worthy of digesting individually and pondering at leisure.

When one of Australia’s wealthiest, most successful and least visible business leaders, Gina Rinehart, weighs in, she does so in practical terms. Rinehart recognises the battle of ideas and the need for right-of-centre voices to argue their case, but her main thrust is to advocate a list of practical policy action.

“Agriculture, mining, small businesses, investment and defence are the keys to our nation and our future,” Rinehart observes. “We need our government to stop making decisions influenced by the media of the moment and instead act to make the bold decisions our country needs.”

Focusing on the need to eliminate red and green tape, Rinehart reveals her Roy Hill iron ore mine was forced to comply with 4000 pieces of regulation before construction could begin – yes, 4000.

The mining billionaire also takes a powerful stand in support of our veterans, slamming their treatment at the hands of government, and showing displeasure at the handling of war crimes allegations. “Given all the serious challenges we face as a country, it was shocking for many good Australians to see the Defence Department order our military to divert to holding rainbow teas and to strip 3000 of our most highly trained military personnel of their medals,” Rinehart writes.

Former Queensland premier Campbell Newman highlights the timeliness of this discussion. He argues the Liberal Party has been preoccupied with politicking to win elections simply on the basis that it is not as bad as Labor. “I believe it is this that has led to the fragmentation of the centre-right vote and the drift away from the Liberal and National parties,” he writes. “So, what’s to be done?”

Well, we know what he did, Newman quit the party. Those remaining need to ensure their actions match their aspirations. 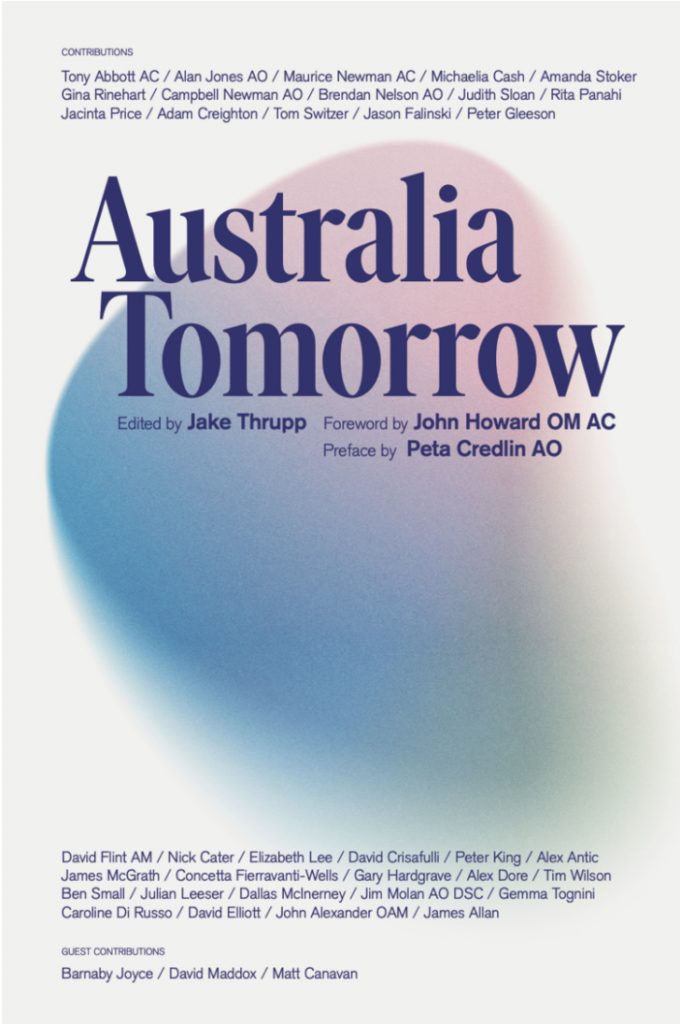