The Olympic experience in Noosa 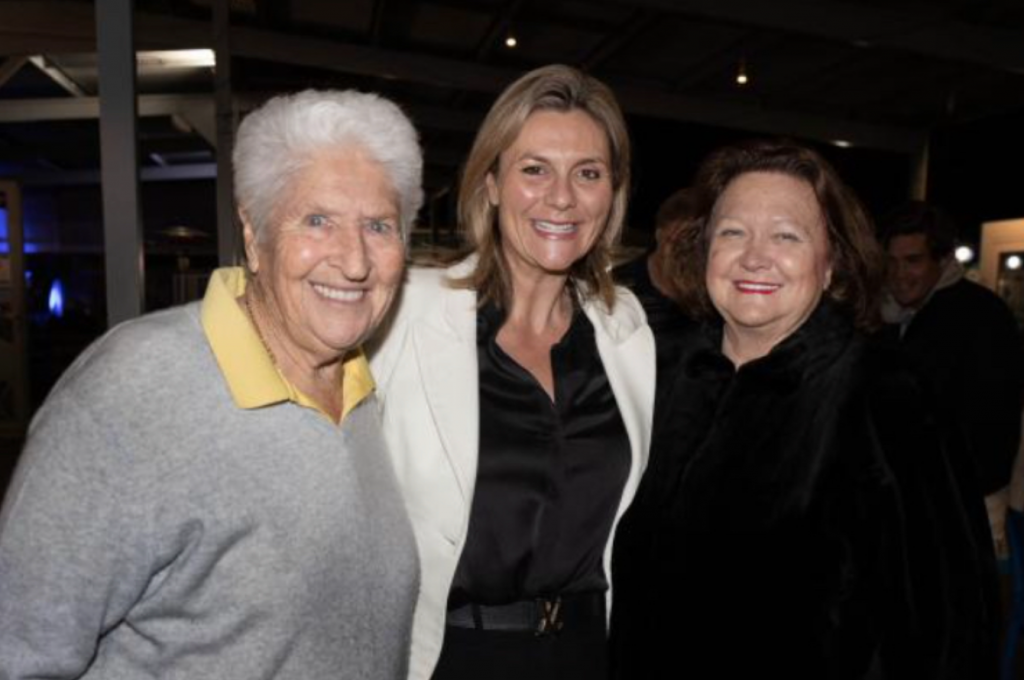 “It’s been gold in Noosa” said Steven Titmus of the week parents of the Australian Dolphins, our Olympic swimmers spent together in Noosa watching their children swim in Tokyo.

The parents of Dolphins swimmers or PODS, as they are known, were unable to go to the Tokyo Olympics because of Covid restrictions but with the help of Swimming Australia patron and mining magnate Gina Rinehart, they united in Noosa.

Set up at the RACV with Mrs Rinehart and Olympian Dawn Fraser in attendance, the PODS donned their Australian gear to cheer on the swimmers they watched on screens permanently set at the Olympics in an assigned room.

The Smiths said the family had travelled to competitions across the world but this was the first time they had joined forces with the other families.

“To gain selection you compete against each other but once they make the team you come together against the world,” they said.

“It’s been unbelievable,” the father of Ariarne Titmus said.

“It’s a week you’d never dream you’d have in a lifetime. To share it with other families has been wonderful.”

Twenty-year-old Ariarne out-swam US swimming legend Katie Ledecky to win gold in the 200m and 400m freestyle, then claimed silver behind Ledecky in the women’s 800m freestyle.

“It’s a credit to her focus and determination,” her family said.

“It’s been a five-year plan. Every day has been mapped out for five years. Every training session was like a competition. She didn’t miss any.”

With her 21st birthday coming up next month, the family hope Ariarne will take some time to relax and enjoy her success.

When Kaylee McKeown won gold in the 100m backstroke, her family would have liked to be there.
“This is the next best thing,” they said.

“We’ve been able to talk to her and have a comfortable time.

“We’re spending more time than we would have with the other families. Everyone’s been so kind and generous.”
Kaylee, a Sunshine Coast Olympian went on to claim two more gold medals for the 200m backstroke and in the women’s medley with Chelsea Hodges, Emma McKeon and Cate Campbell and a bronze in the mixed medley with Isaak Stubblety-Cook, Matthew Temple, Emma McKeon.

It was the second Olympics for Andrew Horton and wife Cheryl who is president of the PODS. Their son Mack Horton won bronze in the men’s 4x200m freestyle relay, after winning gold in the 2016 Rio de Janeiro Olympics in the men’s 400m freestyle.

Andrew said normally it was hard for the families to get together as a group, and they liked their privacy.
“Gina Rinehart has been very generous and supportive,” he said.

“We’ve had all sorts of people come and support us.”

“It’s different this year not being able to travel,” said Peter Larkin whose son Mitch Larkin is attending his third Olympics, having swum in London in 2012 and claimed silver and bronze in 2016 in Rio de Janeiro.

“Having the families together is fabulous. We’re all going through highs and lows.”

Olympian Dawn Fraser had planned to go to Tokyo. She was fully vaccinated and ready to go but the decision was made not to go and she joined the PODS instead.

She said the experience had been “absolutely fantastic”.

“The swimmers are going fantastic,” she said.

If they’d gone to Tokyo the families would have been located in different places, she said.

“It’s very exciting this time being with the PODS. I’ve been with them for quite a while. We have a bit of a party with the PODS,” she said.

Dawn said they’d even had a chance to watch some of the other sports – the BMX and skateboarding.