Scott Morrison touches down in US for start of state visit

Prime Minister Scott Morrison has arrived in Washington DC to a red carpet reception as he embarks on a state visit to the US.

Mr Morrison, and his wife Jenny, were met by a host of US dignitaries at Andrews Air Force Base, military guard of honour and former treasurer Joe Hockey, the Ambassador of Australia to the United States as the national anthem for both countries was played out. 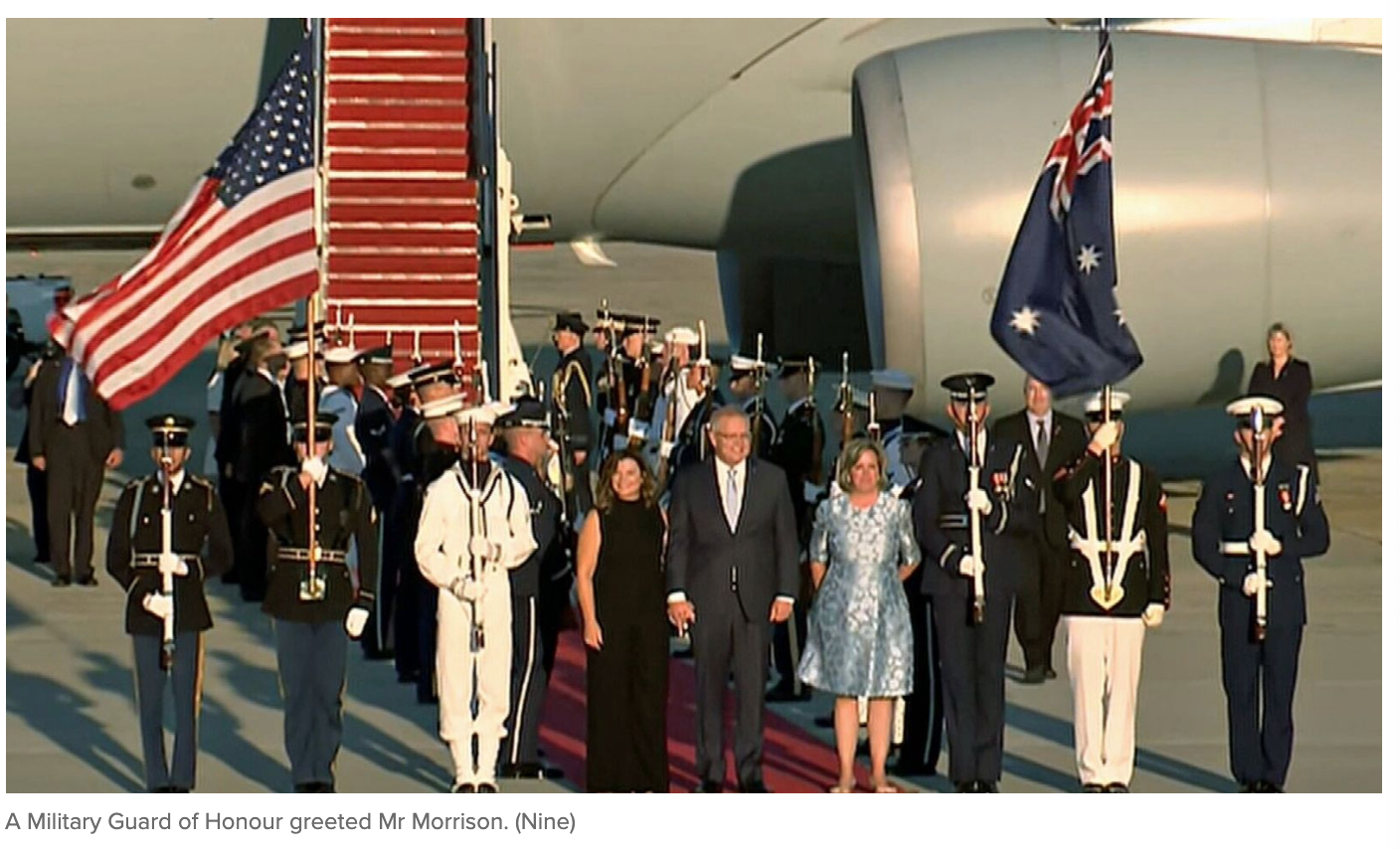 Upon arrival, Mr Morrison said it was a “great honour and privilege” to have been invited to take part in a state visit.

“It is a great honour and privilege for Jenny and I and our delegation to come here at the very gracious invitation of President Trump and Mrs Trump to do something very important.

“Firstly, to honour and celebrate 100 years of mateship and I particularly want to pay tribute to Ambassador Hockey and the tremendous work he’s done in his tending of that relationship here in this country. But it’s also about laying the foundation for another 100 years. 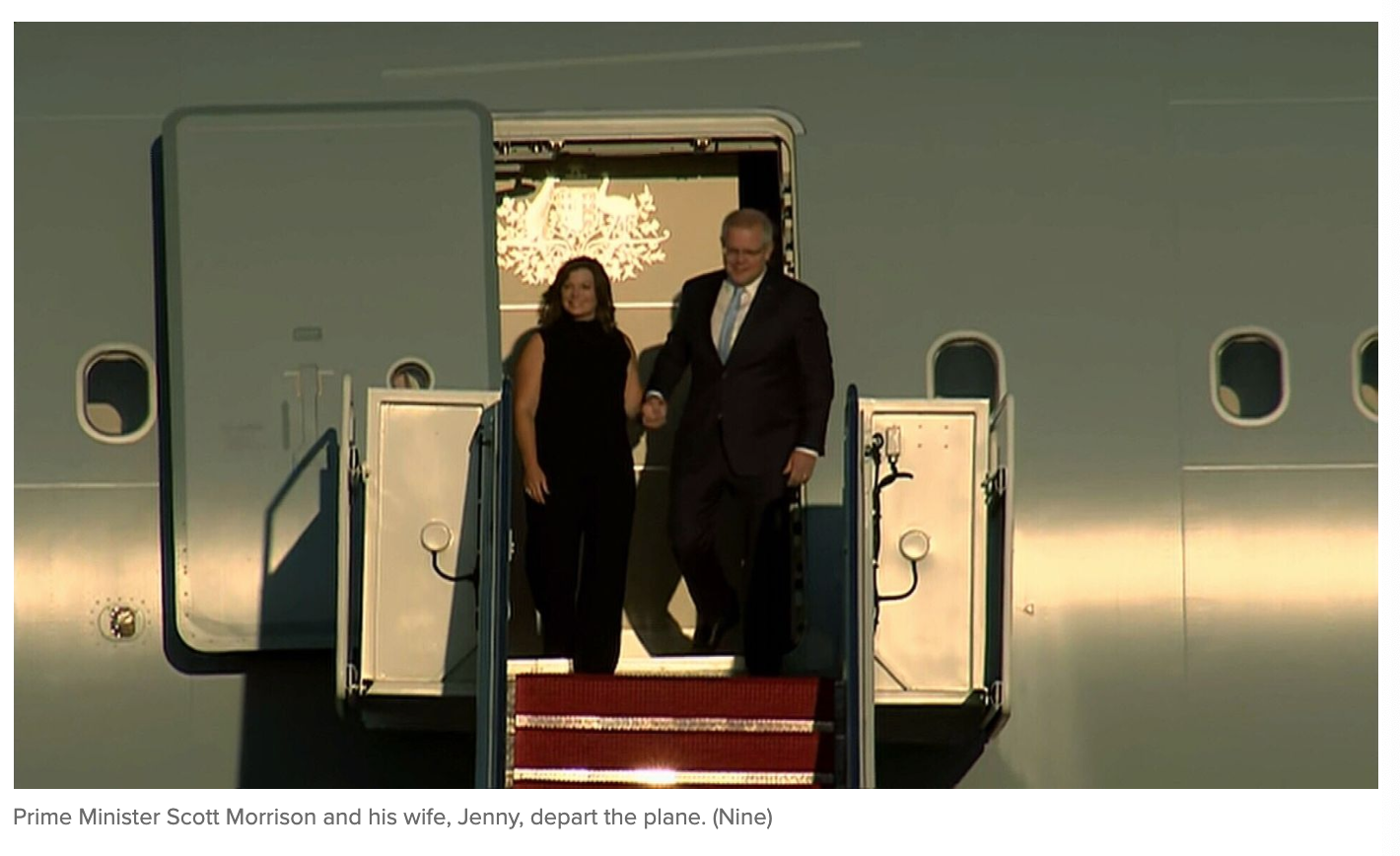 “There are many larger, I suppose, more powerful friends that America has. But they know they do not have a more sure and steadfast friend than Australia so I’m looking forward to spending time with our American friends over the next few days and celebrating our tremendous relationship.”

He will meet President Donald Trump tonight for talks and a joint press conference. After the White House meetings, the Trump administration will honour Mr Morrison and his wife Jenny at a state luncheon, along with 220 guests.

They will also be feted at a banquet dinner, only the second Mr Trump has hosted for a foreign leader.

A suite of high-profile Australian business leaders are reportedly attending, including Kerry Stokes, Gina Rinehart, Andrew Forrest, Rupert and Lachlan Murdoch, and Anthony Pratt, whose newest factory the leaders will open on Sunday.