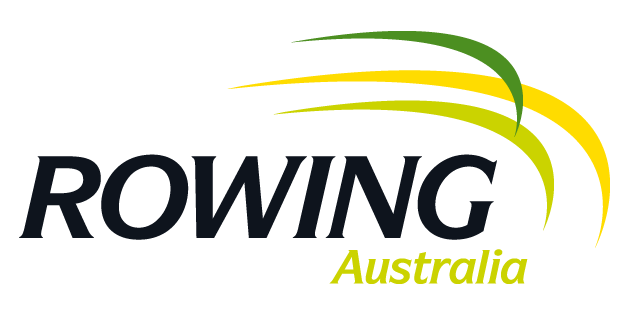 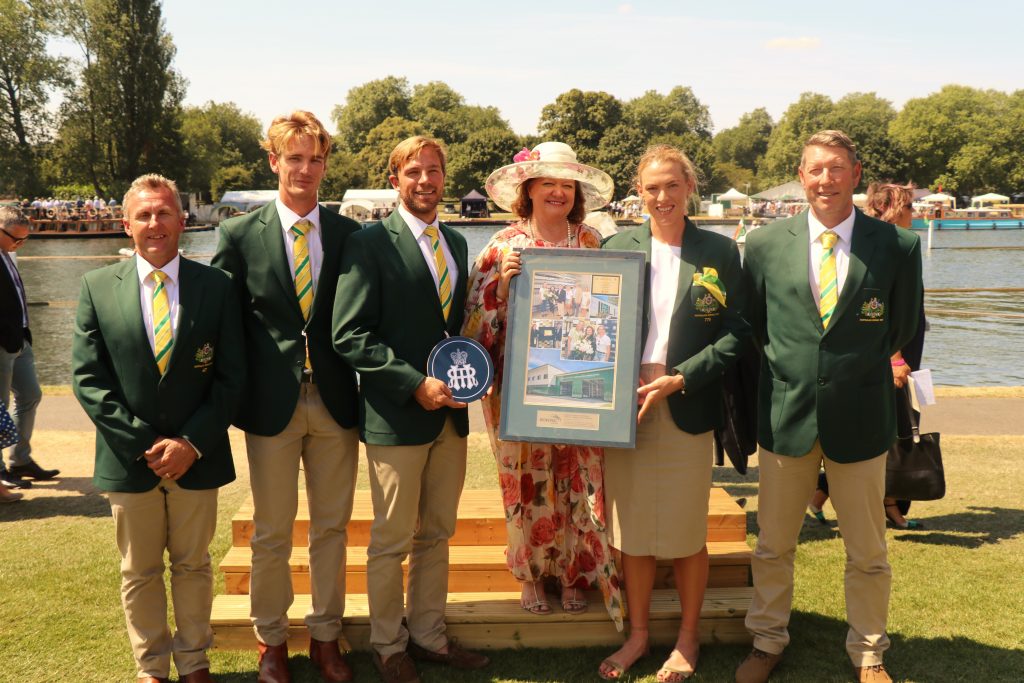 Rowing Australia held their annual awards gala in Penrith, NSW, March 11th, to celebrate the successes of the rowers and their coaches. And what a year to celebrate after an amazing performance in Tokyo by our rowers! One of Australia’s rowers best Olympic performances in history.

Unfortunately Patron Mrs. Gina Rinehart was unable to attend, however President Rob Scott and Olympic medalist delivered her speech, and presented the coveted Gina Rinehart Rowing Leadership Award. This year, the award was presented to dual Olympian, Cameron Girdlestone, who was recognised for his leadership qualities, as he is seen not only as an Olympic medal winner, but also as a leader who is always willing to help other teammates.

“I’m honoured to receive the Gina Rinehart Rowing Leadership Award for Rowing Australia and for our performances in 2021. I’m absolutely chuffed to receive this award, it’s a huge honour. I wouldn’t have been able to achieve what I did last year with my three other crewmates in Tokyo without the help and support of Mrs Rinehart. To receive this award is truly memorable and it will go right next to my Olympic bronze medal as a highlight of my career,” Girdlestone said.

The Tokyo 2020 Olympic Champion Rowing Crews – the Men’s and Women’s Fours – won their respective Male and Female Crew of the Year Awards.

Hancock Prospecting and Mrs. Gina Rinehart send a heartfelt congratulations to all of this evening’s winners, and a big thank you to president Rob Scott.

Good evening ladies and gentlemen and welcome to this evening’s celebration of the Australian rowing community.

As our opening video showed, the last year was one to celebrate for our Australian Rowing Team.

There was success at the Paralympic Games as Erik Horrie won his third silver Paralympic medal in the PR1 Men’s Single Scull.

Tonight, is our opportunity to recognise the hard work, dedication and commitment of every one of our athletes.

Their journey to the Games was not easy, but they showed resilience and strength to overcome a 12-month postponement because of the COVID-19 pandemic.

Our sport of rowing has a lot to be proud of and tonight we gather together, for the first time in two years, to celebrate the moments that matter, from the grassroots to the gold medals.

Since we last gathered, one such occasion that our rowing community celebrated was the women’s centenary of rowing.  That is 100-years of women competing for the first time in the Interstate Regatta.

Women within the sport of rowing have such a rich history and we were able to celebrate the early stalwarts of the sport through an exhibition at the Australian Rowing Championships in Tasmania.

Rowing continues to make great strides in relation to gender equality, as evidenced by the recent Tokyo Olympics where there were equal seats for men and women for the first time.

The Paralympics already enjoys gender equality and has done so since it joined the Games in 2008.

We also reflect on a five-year journey that began with the establishment of National Training Centres for our Men’s and Women’s teams.

During this time our crews have won more than 135 World Cup Medals and 7 World Championship titles, as well as 8 Olympic Gold Medallists, 1 Paralympic Silver Medallist and 8 Olympic Bronze Medallists.

What we have achieved across the last five years would not have been possible without the incredibly generous support of our Principal Partner, Hancock Prospecting.

This partnership has allowed for significant changes within the high-performance program and the results of this investment are reflected by the results that we see today.

We offer our sincere thanks to our Patron, Mrs. Gina Rinehart for having the vision and belief in our athletes.

We must also acknowledge our Head Coaches and Senior Coaches at the NTCs, the SIS/SAS and club coaches for the underage teams, State Association and Club rowing partners, RA staff and the broader rowing community for continuing to commit to our NTC environments and state pathway programs.

We offer our thoughts and best wishes to our rowing communities who are experiencing displacement as a result of the recent flooding in NSW and South East Queensland.

We also stand in solidarity with World Rowing on its position regarding the situation in Ukraine.

I congratulate all of tonight’s nominees and winners for all they have achieved and contributed to our sport in 2020 and 2021.

The first thing I’d like to say tonight, is please join me in a huge round of applause for our rowers and everyone who helps to support their efforts, never forgetting parents who have had years of early mornings getting rowers to and fro to their training sessions.

Rowers, I am disappointed that I can’t be there with you tonight as your Patron to congratulate you on your successes from not only the past year but all recent years and reflect on the particular challenges that you have overcome. What an extra special awards ceremony this year!! And, with two teams bringing home gold, plus more row medals, one of our two best Olympics ever!

I hope you know that I am proud of you as ambassadors not only in sport, but as ambassadors of our country. The dedication, darned hard work and self-discipline you demonstrate on a daily basis is nothing short of inspiring. The traits that you have are important for us all, if we wish to succeed in life and business, just like your president and ex Olympian medal winner, Rob Scott.

I am delighted that our outstanding Rowing Australia President, Rob Scott, is able to present this Speech on my behalf and the Gina Rinehart Rowing Leadership Award.

The winner of the 2021 award has set a great example and performance standard both in and out of the water, not only for the past year but for many rowing years.

He has demonstrated exceptional leadership throughout 2020-2021 as Australian athletes faced the uncertainty and disappointment of a delay to the Tokyo Olympics, disrupted training and international race experience, due to the COVID-19 pandemic. A member of the Senior Australian Rowing Team since 2014 and multi medallist, an Olympic Silver Medallist from Rio 2016, and now an Olympic Bronze Medallist from Tokyo 2020, he is well regarded by his peers and the team as a whole. His leadership in his crew, as well as the broader Men’s National Training Centre has been exemplary.

He is seen as an athlete with strong values and ethics, and as someone who is always looking for ways to improve and perform better at the highest level, both on and out of the water. He is a member of Rowing Australia’s Athlete Leadership Group and he aims to positively influence his peers through self example. In the lead-up to Tokyo, his voice of experience and positive attitude helped to minimise the impact of COVID-19 distractions amongst rowers.

He has embraced the National Training Centre and was a driving force of positivity in the men’s training environment. The strong admiration and mutual respect that he shares with his peers, within rowing and beyond, was acknowledged through his election to the Australian Olympic Committee’s Athlete’s Commission. He is a role-model to the next generation of young rowers who are seeking excellence on and out of the water. He has also become a father and I have no doubt that he will excel in that role as well.

I am very delighted to announce that Cameron Girdlestone is this year’s winner. Warmest Congratulations Cam.