Article by Melissa Yeo & Christine Lacy courtesy of the Australian. 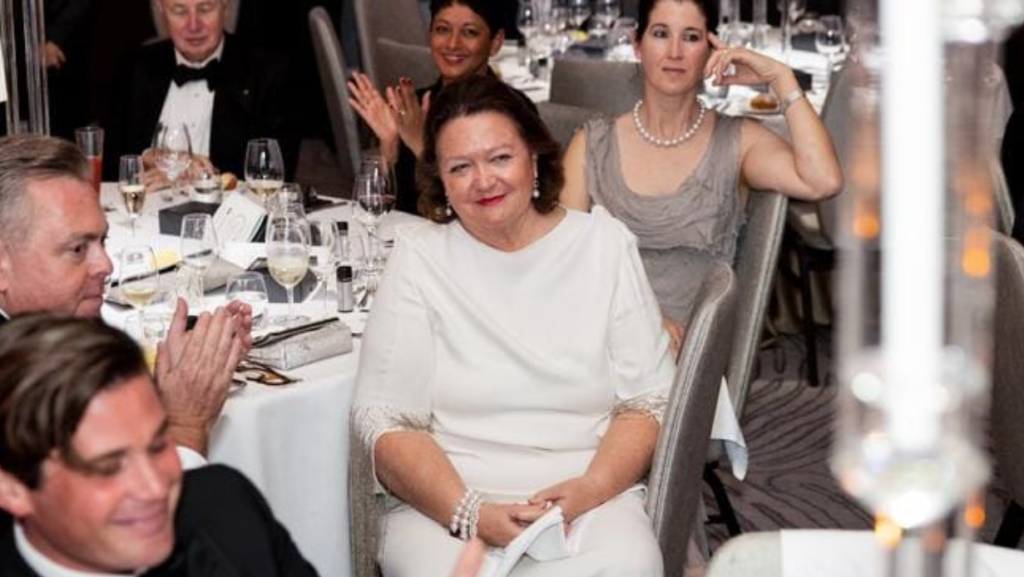 Turns out the Special Forces have lots of friends in high places, not least a bunch of the country’s most influential billionaires.
Australia’s wealthiest person Gina Rinehart has added her name to the cause, pledging $1.5m in support of returned servicemen and their families, earmarked specifically for use in funding any prospective legal defence.

The ongoing trial of decorated soldier Ben Roberts-Smith, with his first appearance in the witness box on Thursday, will not a beneficiary, however he continues to be supported by WA billionaire Kerry Stokes.

Instead, the issue of doling out the cash is a matter for the SAS Resources Fund, which counts Stokes as its chair and another of Perth’s royalty, Twiggy Forrest, among its board of Trustees.

Rinehart held court with several of the group’s representatives, including chair Grant Walsh and chief operating officer Chris Johns, at her Hancock headquarters last week as she unveiled new military pictures to be displayed in the lobby, and was pointed in her criticism of the handling of the issues brought to light in the Afghanistan inquiry last year.

“The HPPL Group was keen to provide support following the whistleblowers and then government’s unfortunate decision to make portions of the inquiry’s report public, despite no complaints regarding our defence personnel from the Afghan government, throwing our defence personnel without fair trial to the left media,” the company said in a statement, not the first time she’s singled out the “left media”.

“With the unfortunate consequence that after our government sent our groups to Afghanistan, the loss of life has been far greater since the inquiry, than the Australian Defence lives lost in active service in Afghanistan.” The inquiry to which she refers is of course the Paul Brereton-penned tome released last year, which detailed alleged war crimes by Australian forces in Afghanistan and blew open a whole new wave of potential litigation for those involved.

Rinehart is no stranger to the SAS Resources Fund, having a long affiliation with the charity established after the Black Hawk tragedy of 1996 to support servicemen and their families. It also counted Buckeridge scion Sam, former WA governor and also 24th Governor-General Michael Jeffery and exWoodside boss Peter Coleman as donors last year.

Even Roberts-Smith himself is a listed donor, as well as being an ambassador for the charity.

Any philanthropy was surely far from his mind on Thursday, as he faced his first of many days in the stand before judge Anthony Besanko in Sydney.

At last count the drawdowns of his loan from Stokes’ private investment company Australian Capital Equity were $1.9m.