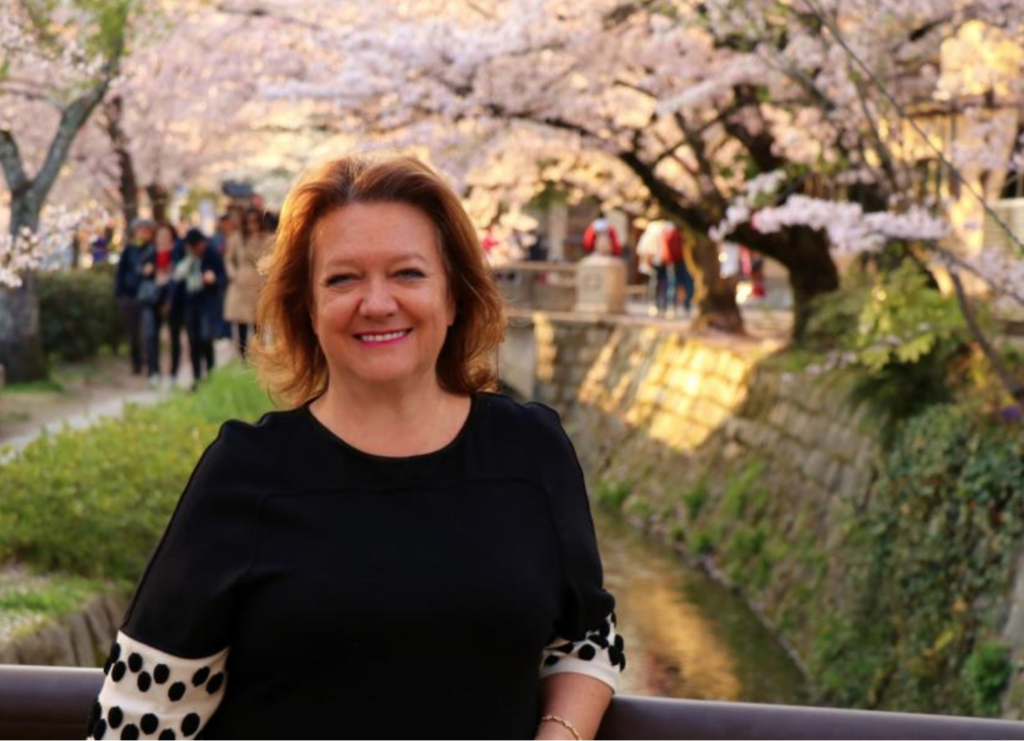 Gina Rinehart has celebrated the launch of a book of jokes and comics compiled by her Cambodian Daughters – a group of Cambodian women Mrs Rinehart supports financially.

Jokes and Joys was launched at a virtual launch event at 10 locations around Australia, and featured a video address filmed in Phnom Penh.

Proceeds from the sale of the book will be donated to charities, including the Cambodian Children’s Fund, the Royal Flying Doctors Service, Shine, and the Country Women’s Association.

The mining magnate’s financial support has lifted her Cambodian Daughters out of poverty and enabled them to pursue tertiary education.

The women compiled the volume and arranged the book’s cover design, printing, and publication in Cambodia.

A spokeswoman for the group said they hoped, through Jokes and Joys, to bring laughter, smiles, and joy to people in need.

“We are very grateful to our beloved mother Gina, who has added [to Jokes and Joys] wry saying from some of the world’s most outstanding leaders,” she said.

Mrs Rinehart praised the group, whom she said were all multilingual and had completed at least one university degree.

The launch was attended by Rowan Dean, Nick Paspaley, Nev Power, Tony Seabrook, Anthony Roberts, and Bronwyn Bishop among others.

Jokes and Joys evolved over several years, beginning with a collection of jokes and stories gathered by MrsRinehart to bring laughter to friends in hospital.

Through her philanthropic work, Mrs Rinehart has supported the Country Women’s Association and Royal FlyingDoctors Service over many years, including a recent six million dollar donation towards the purchase of medical equipment for the RFDS.