Article courtesy of the West, by Stuart McKinnon

Northern Star won the Dealer Award for its $US260 million acquisition of the Pogo gold mine in Alaska from Sumitomo in September last year.

The project had a 4.1 million ounce resource, which judges noted represented a sale price of just $US63 an ounce.

But Northern Star is confident of expanding Pogo’s resource considerably and extending its minelife through exploratory drilling in the same way it has with its other assets in WA.

Judges noted the acquisition had transformed the company into a 900,000oz-a-year producer with a market capitalisation of more than $8 billion.

Executive chairman Bill Beament accepted the award on behalf of the company.

Roy Hill received the Digger Award for the speedy construction and ramp-up of its namesake $10 billion iron ore project in the Pilbara.

The company built 344km of heavy haul railway, two berthing facilities at Port Hedland and an open cut mine in just five years.

It expects to be producing at its 55 million tonne nameplate capacity this year after shipping its first ore in May 2014. 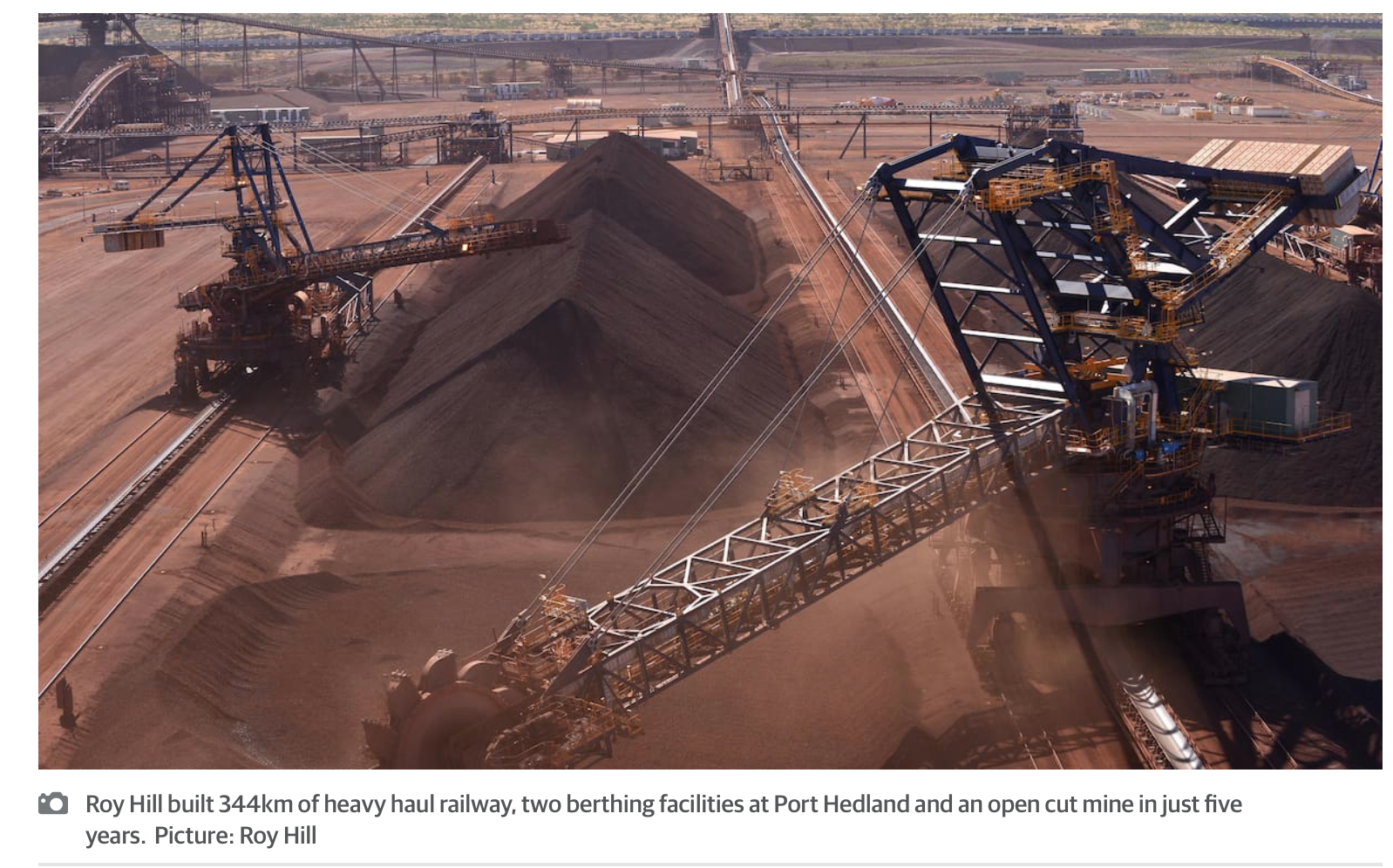 WA mining veteran Mark Creasy won the GJ Stokes Memorial Award for his “significant and lasting contribution to the industry”.

The well-known prospector and Perth rich-lister has been involved in some of WA’s most significant mineral discoveries including the Bronzewing and Jundee gold mines and more recently the Nova nickel mine and the Silver Knight nickel discovery in the Fraser Range.

After 55 years in the industry, he remains one of the biggest holders of exploration ground in WA.

Mr Creasy was overseas but recorded a message of thanks for the award.

Fitzgerald won the inaugural award in 2003 when he was working for The Age newspaper in Melbourne.

The awards were presented at the annual WesTrac Gala Dinner in front of a sell-out 1300 delegates and guests in the Sponsors Marquee.