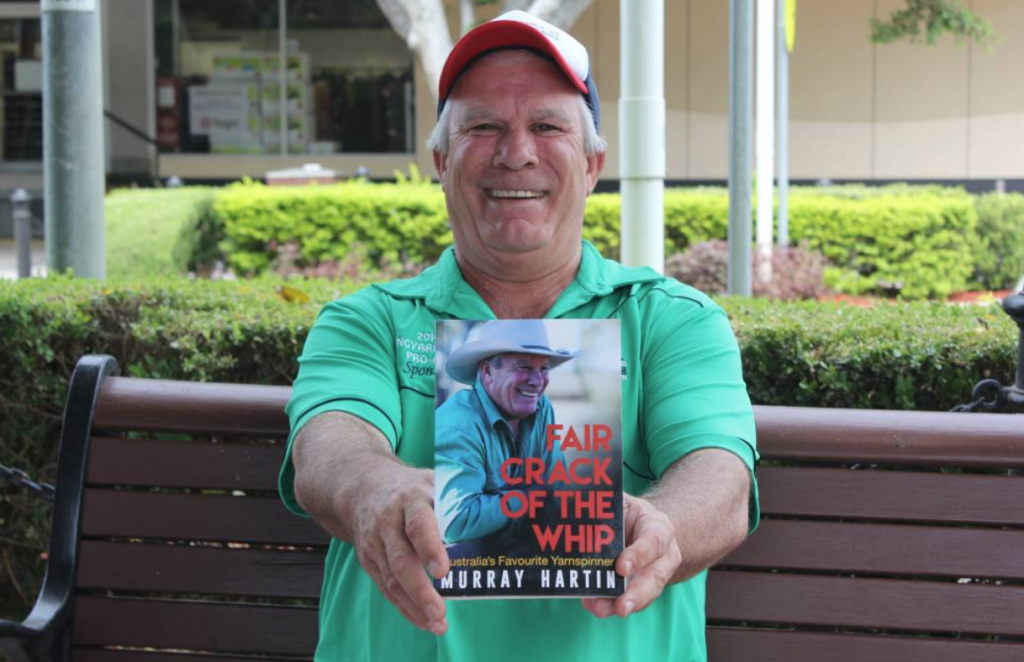 NEW RELEASE: Moree poet Murray ‘Muz’ Hartin with his latest book, Fair Crack of the Whip, which was released just before Christmas.

The latest offering of poems and columns, Fair Crack of the Whip, will have the best-of and the brand-new.

In true Muz style, the totally Aussie, character-filled stories promise to have readers laughing one minute and choking back tears the next, “but mostly you’ll be laughing – a lot”, he said.

“You can read it in blocks, which makes it a book you can go back to.”

Muz will launch his book to the Tamworth market, sign copies and spin some of his classic yarns at Pirates Rugby Club on Saturday at 6.30pm; the Tamworth Country Music Festival launched his poetry career in 1987.

Fair Crack of the Whip includes his best-known poems: his career-making Turbulence, about the late, great Alice Springs cattleman Billy Hayes; and the haunting Rain From Nowhere about drought and depression – which is now as relevant as ever.

‘Fair Crack of the Whip’ was published in December. Cover photo: Melanie Jenson

It also features a collection of the columns Muz wrote for Moree Champion, The Northern Daily Leader, Newcastle Herald and The Border Mail during his years as a journalist in the late ’90s and early 2000s.

“I worked out I wrote 170 columns when I was working in newspapers,” Muz said.

“They were about little stories that would have been in the news, things I thought deserved more comment, so I’d write an 800-word column.”

There’s also some never-before-published material such as a poem on mining magnate Gina Rinehart, who played a role in the creation of the latest book.

Fair Crack of the Whip is Muz’s fifth book but his first launched with a publisher.

He hadn’t been planning to put one together any time soon, as he didn’t have enough material to “justify” it.

However, a chance meeting with publisher Michael Wilkinson at the launch of Ms Rinehart’s book, Things We Love – which includes Rain from Nowhere – resulted in a book deal.

Fair Crack of the Whip was published on December 2 and is available online and in bookstores. 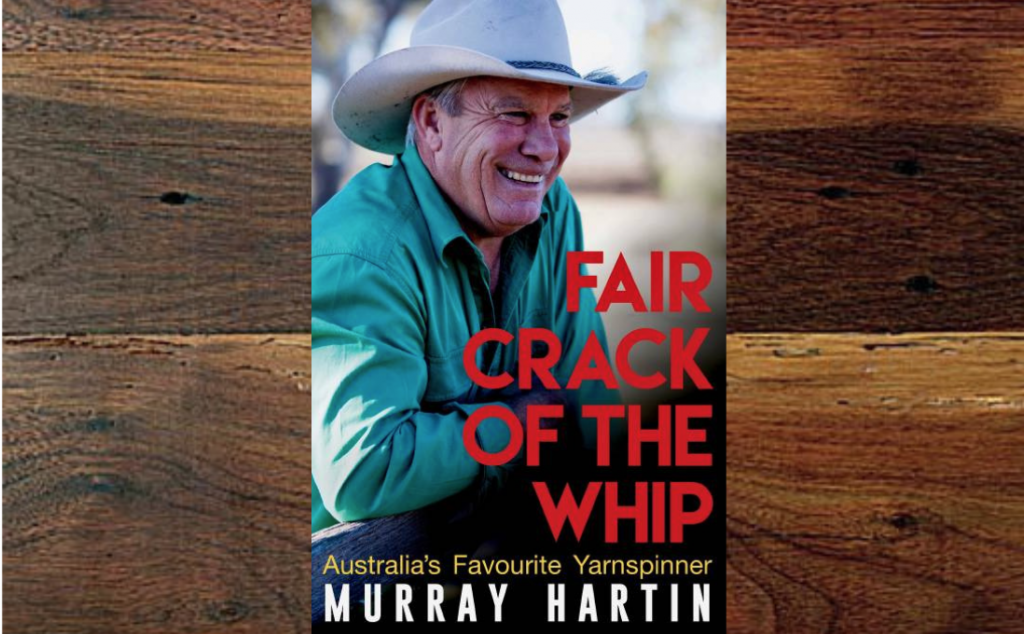