Article by Hayden Johnson courtesy of the Courier Mail.

The Premier has announced Queensland’s best and brightest minds will be tasked with ensuring the legacy of the 2032 Olympic Games lasts for generations.

Queensland’s best and brightest minds will form a landmark Olympic Games committee to ensure the legacy of the 2032 event lasts for generations, Annastacia Palaszczuk has revealed.

The plan to form a 2032 legacy committee, which will be tasked with delivering decades of lasting benefits for Queensland, was announced by Ms Palaszczuk at Wednesday’s The Courier-Mail’s Future Brisbane luncheon – where more than 500 of the city’s high profile and powerful business leaders gathered to discuss the Games.

Ms Palaszczuk said the “untapped talent within the state” must be captured to draw ideas for the 2032 Olympic Games.

“I do think we need some of our best and brightest minds in Queensland to come together to form a legacy committee,” she said.

“We had that with the Commonwealth Games – I think it could have been a bit more productive – but it worked.

“Let’s get the best and brightest minds, the best innovators out there to come together and let’s work towards 2032.”

It is understood the committee would have a strong focus on Queensland’s regions and grassroots sporting organisations.

Among the high-profile luncheon guests was event partner and Hancock Prospecting Executive Chairman Gina Rinehart, who has supported hundreds of Olympic athletes and is patron of several national sporting organisations.

Ms Rinehart, who contributes up to $10m each year to the four Olympic sports of swimming, rowing, volleyball and artistic swimming, used her event address to call for a “can do” approach to the 2032 Games and an end to government red tape.

The mining magnate said Australia could not “squander the opportunity” to create world-class infrastructure ahead of the Games, which must not be “marred in tape and mediocrity”.

“Queenslanders have a once-in-a-lifetime opportunity to help to make Queensland shine,” she said.

“We have the chance to make something unique happen, provide a world stage for our hardworking Olympians and create an exciting legacy for generations of Australians.”

Ms Rinehart urged leaders to create a city that encouraged tourists from across the world to visit, “ensuring that we have, in Queensland, competitive and beautiful world-class facilities”.

“We have the Queensland Academy of Sport which is going really well … but anything we can do to attract more headquarters here,” she said.

“There’s a lot of opportunities and it’s going to make sense.

“Over the next 10 years this is where the action is and why would you not want to either base your sport on the Gold Coast, the Sunshine Coast or in Brisbane?”

Four-time Olympian Cate Campbell said Brisbane would soon experience the unique spirit of the Games, which she felt at an unusual moment during her time as Australia’s flag-bearer this year’s Tokyo Olympics.

“I think of the stadiums that will be filled in Brisbane and how different that atmosphere would be – but how it’s the same and how the Olympic spirit carries through generations.”

Campbell, a four-time gold medallist, said the Tokyo Olympics – which were almost cancelled – would mark the path towards Brisbane.

“I just think of the youngsters sitting at home … they have no idea what’s ahead of them. 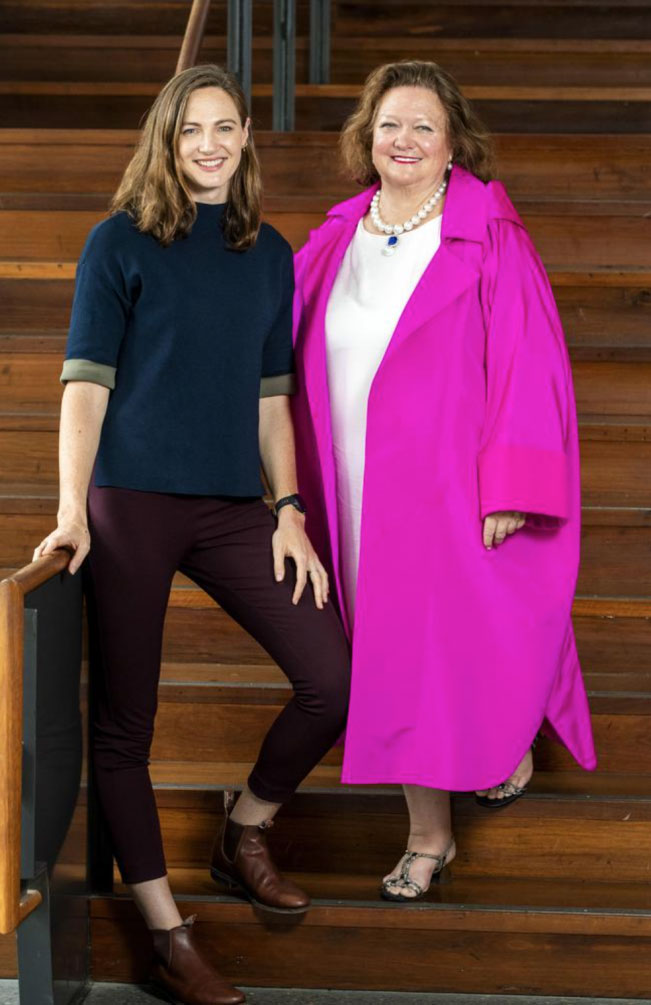 Campbell said she was mentally committed to competing in Paris 2024 but had to make sure her body was prepared.

Star Entertainment Group Chief Operating Officer Kelvin Dodt said investment in infrastructure and innovation in tourism was key to capitalising on the benefits of the Games – which London and Sydney had done successfully.

“They’ve continued to build on their infrastructure, their tourism product continues to reimagine itself and be innovative,” he said.

University of Queensland Vice-Chancellor Deborah Terry said the state must use the Games to diversify its economy and become the hub of sports technology in the Asia-Pacific region – developing wearables, big data and cloud services for the future.

“They will be absolutely the tools and the capabilities that will drive jobs and industries so sports tech is a great focus,” she said.

Bank of Queensland CEO George Frazis said it was critical government, education services and banks co-ordinated programs to ensure Queensland developed the skills of the future.