On this very warm day at the Roy Hill mine, Mrs. Rinehart and guests were dressed in pinks to launch Roy Hill’s sixth pink trucks fleet to show their care and support for those suffering breast cancer and related cancers, and to celebrate women at Roy Hill.

The trucks christened at this special event were Hitachi mega trucks, which have a payload carrying capacity of 296 tonnes, or approximately 3.75 fully loaded Boeing 737 – 800 series aircrafts.

The first pink truck christened at this special event was named “Melinda “ after one of Hancock’s accounting team based in Perth, who was diagnosed with breast cancer at the young age of 27, and who is now in remission.

The second truck christened was named in honour of General Electric (GE), the manufacturer and supplier of Roy Hill’s locomotive fleet which is made up of 23 trains.

Melinda and executives from both GE and CRRC were present to christen their pink trucks and say a few short words – a very special occasion.

Earlier that afternoon, in the heat, Dr. Patricia Kailis AM OBE , governing director of the MG Kailis group, and Mrs. Rinehart christened Australia’s first pink ore trains, “For Mothers” and “Women of the North,” with a rake of pink ore wagons in the background. 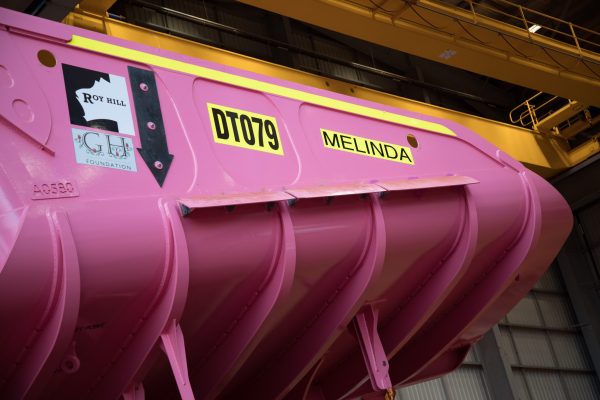 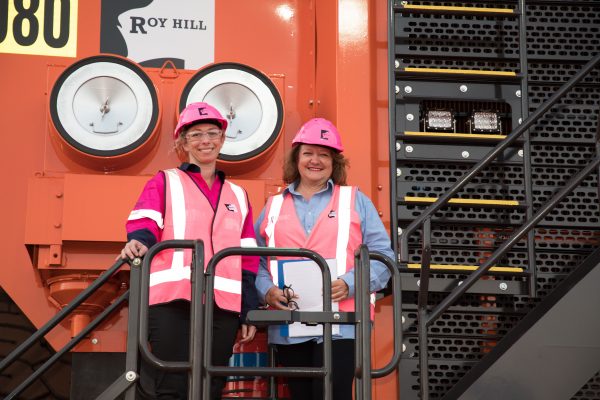 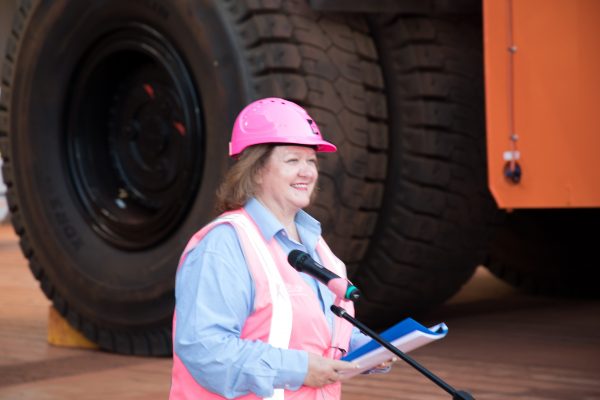 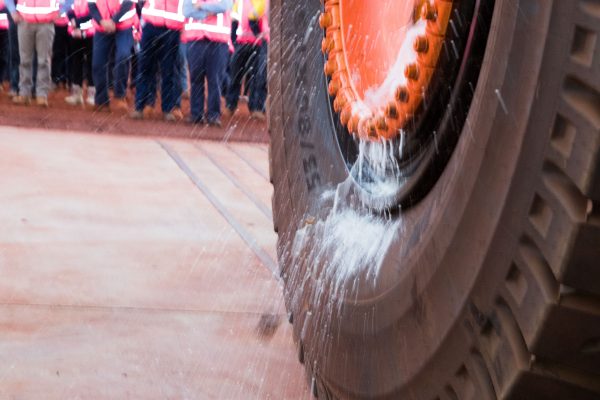 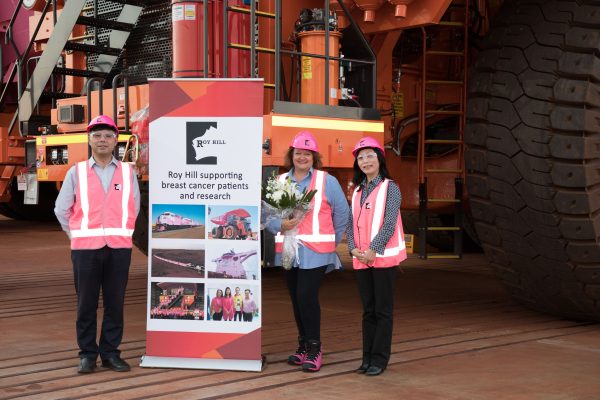 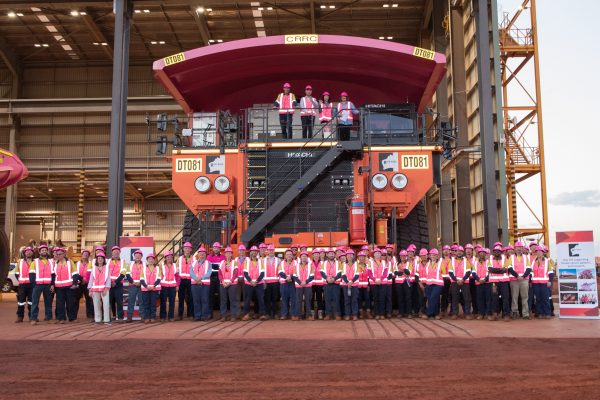 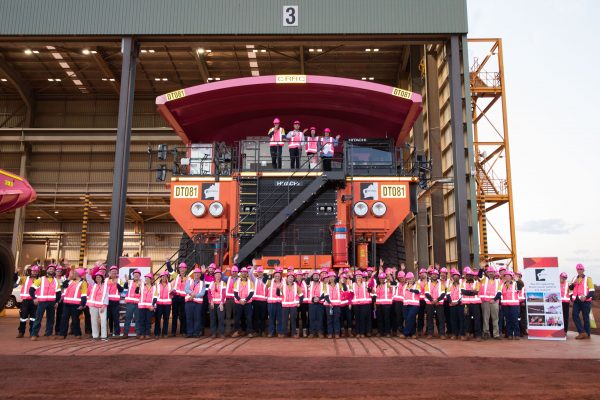 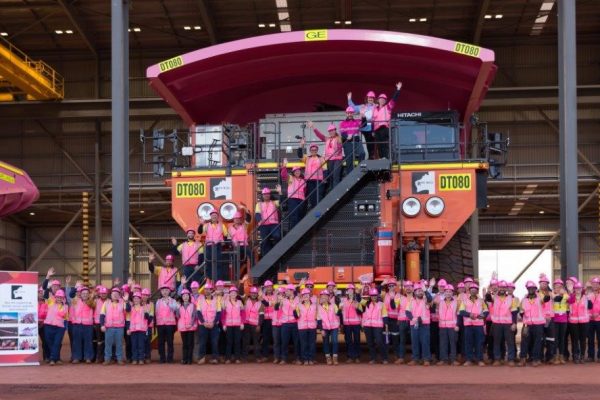 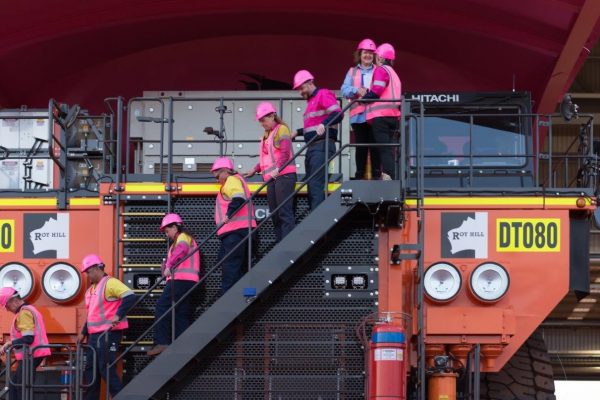