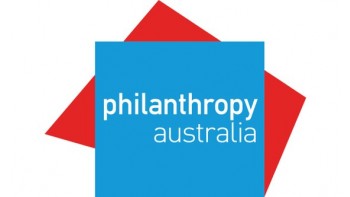 A diverse range of Australians across science, business, and sport – many of them with a deep connection to philanthropy – have been recognised in the 2022 Australia Day Honours.

The list, which contained the highest percentage of female recipients since the awards were established, also included 58 Australians recognised for their work in the nation’s response to the COVID-19 pandemic.

One of those was former chief scientist Alan Finkel, named as one of seven Australians to receive the highest honor, AC, Companion of the Order of Australia

John Wylie, founder and CEO of asset investment firm Tanarra, also received an AC, “for eminent service to the community through leadership in the sporting, cultural, philanthropic and business sectors.’’ Mr Wylie has been Chair of the Australian Sports Commission, a former President of the Library Board of Victoria, and former Chairman of the Melbourne Cricket Ground Trust. He and his wife Myriam established a foundation in 2011 that has provided financial and non-financial support to more than 50 organisations across education, Indigenous health and sport and medical research.

Sport was a prominent thread this year with tennis champion and disability advocate, Dylan Alcott honoured with an AO (Officer of the Order of Australia) “for distinguished service to paralympic sport, particularly to tennis, and as a role model for people with disability, and to the community through a range of organisations.’’ On the eve of his retirement from tennis – in the men’s single quad wheelchair final of the Australian Open – Dylan was also named the 2022 Australian of the Year.

Culinary identity Maggie Beer, a former Senior Australian of the Year, received an AO for distinguished service to the tourism and hospitality industries as a cook, restaurateur and author, and to aged welfare. Her Foundation strives to improve the food experience for older Australians, especially those in aged care.

Gina Rinehart also received an AO, for distinguished service to the mining sector, to the community through philanthropic initiatives, and to sport as a patron

Two of the recipients of the International Award at the 2019 Australian Philanthropy Awards, Eve Kantor and Mark Wootton, were each recognised with an AO for distinguished service to the community through philanthropic support for a range of organisations, and to the environment.

Another Victorian couple recognised with an AO were Graham and Louise Tuckwell, each of them for distinguished service to the community through philanthropic support of education scholarships, and to business.

Philanthropy Australia Life Member and the former Chair of the Australian Association of Philanthropy, Dr Michael Liffman was recognised with an AM (Member of the Order of Australia) for significant service to tertiary education, the not-for-profit sector, and visual arts. Dr Liffman is a former CEO of the Myer Foundation and Sidney Myer Fund, and a Senior Fellow and Founding Director, Asia-Pacific Centre for Social Investment at Philanthropy at Swinburne University and is Adjunct Associate Professor at Swinburne.

Australian men’s basketball captain and Indigenous advocate Patty Mills also received an AM for significant service to basketball, to charitable initiatives, and to the Indigenous community.

Board director and experienced not-for-profit advisor Paul Murnane, was also recognised with an AM for significant service to the not-for-profit sector, the performing arts, and to business.

In the Northern Territory, Indigenous leader Bakamumu Marika received an AM for significant service to the Indigenous community of North-East Arnhem Land.

And in Queensland, Catherine Bartolo was recognised for her significant service to youth, to social welfare, and to the community of Logan with an AM.

Community support is also another key theme among this year’s Honours’ List with 45 per cent of the 732 Australians recognised for their service to local communities.

Jane Jose, CEO of the Sydney Community Foundation, received an OAM (Medal of the Order of Australia) for service to the community through cultural and charitable organisations. Jane is a former journalist and deputy Lord Mayor of Adelaide.

And Nicholas Lee, Founder, and Chair of the Adelaide-based Jodi Lee Foundation, was recognised with an OAM for the foundation’s work for bowel cancer protection.

Overseas, actor and children’s advocate Deborra-lee Furness received an AO for distinguished service to children as an adoption advocate, to not-for-profit organisations as an ambassador, and to the arts.