‘Overwhelming support’: how mingling with mayor raised an eye-watering sum for DV support 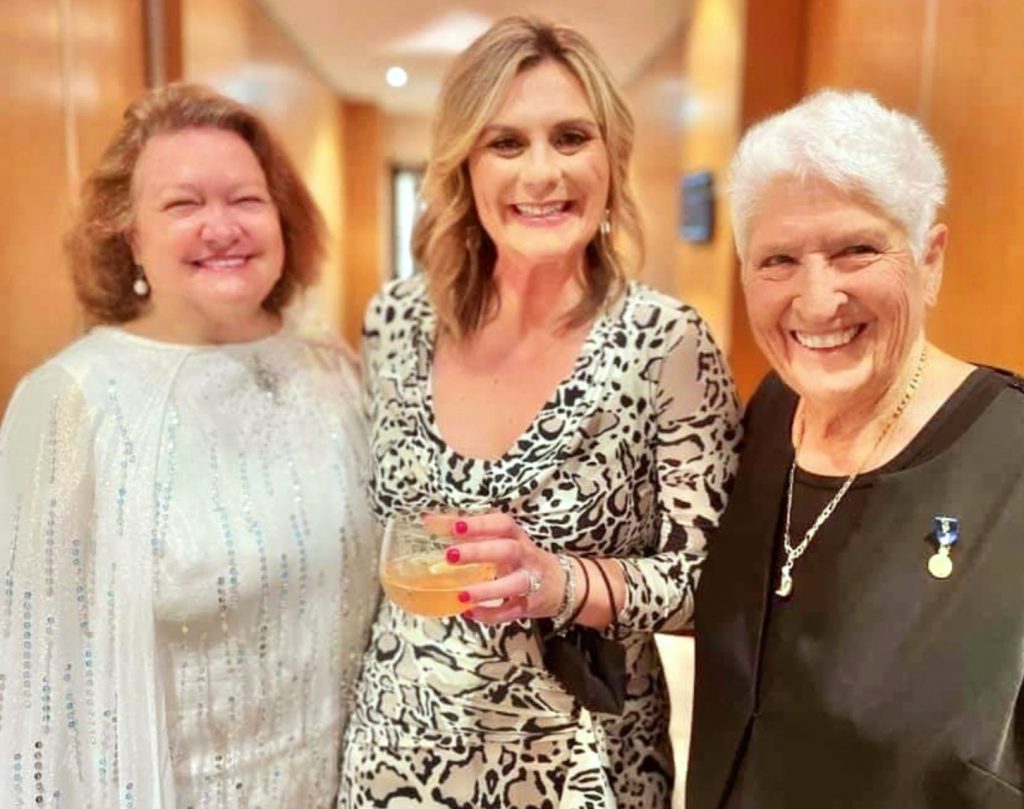 An array of business and community figures, including some very special guests, have dug deep for a domestic and family violence support service, raising much-needed funds at the inaugural Mingle with the Mayor Ball.

About $300,000 was generated by guests at the event held at Sofitel Noosa Pacific Resort.

Patron of the event, Noosa Mayor Clare Stewart, said it was an enormous effort.

“Noosa is at its best when it gets behind its own,” she said.

“The community support and business support for the ball was overwhelming to say the least.

“It is absolutely apparent that Noosa cares so much about its own – that we want to right a wrong and make a difference, however great or small.

“Last Saturday night we spoke up and the community stood up. I have never been prouder.”

Many identities supported the cause, including mining magnate Gina Rinehart and Olympic swimming legend Dawn Fraser.

Community campaigner and retired newsreader Kay McGrath was the MC, while renowned wellbeing coach and author Nikki Fogden-Moore was among the attendees.

The event was run by WomenKind Inc, a not-for-profit association established this year to support women through connection, education, empowerment and fundraising.

Chair of WomenKind Inc, Josanne Falla said they were determined to help where they could.

“We have been working informally for several years doing important work supporting women and families in the Noosa community.

“There were so many people, individually doing great things across the shire, that we felt it was time to come together and build something permanent on those foundations.

“150 people have gathered to put a stop to the status quo in Noosa, where there is no permanent place of refuge for those fleeing domestic and family violence situations, nor even a counselling service east of Cooroy.

“We have partnered with SunnyKids, which has a long history of delivering exceptional service in this field across the Sunshine Coast.”

On the night, guests were entertained by Luke Kennedy, former contestant from The Voice, were moved by stories from survivors Alex Harris and Annie Jones and educated about the services provided by beneficiary charities SunnyKids and no more fake smiles.

“This is the beginning of a new future for the women and families in need of help right here in Noosa and we are determined for permanent, positive change to start today,” Ms Falla said.