NORTHERN Territory public service bosses have been given just five weeks to write up a red tape slashing plan that will make the Territory the ‘easiest place to do business’ in Australia, as part of the jurisdiction’s bounce-back from the pandemic-induced recession.

The aim — for the NT to have the “most efficient approval process” in the country by slashing business licensing and approvals to a maximum of 30 days — is one of 15 interim recommendations made by the Territory Economic Reconstruction Commission.

The crack team of eight experts from the public and private sector, led by gas sector heavyweight Andrew Liveris and former Chief Minister Paul Henderson, yesterday released their first report on how the NT could become a $40 billion economy by 2030.
It focuses on the key areas of energy via renewables and gas, resources, agribusiness, water, infrastructure, tourism, digital industry and regulatory and administrative reform.

All 15 interim recommendations have been accepted by Chief Minister Michael Gunner. 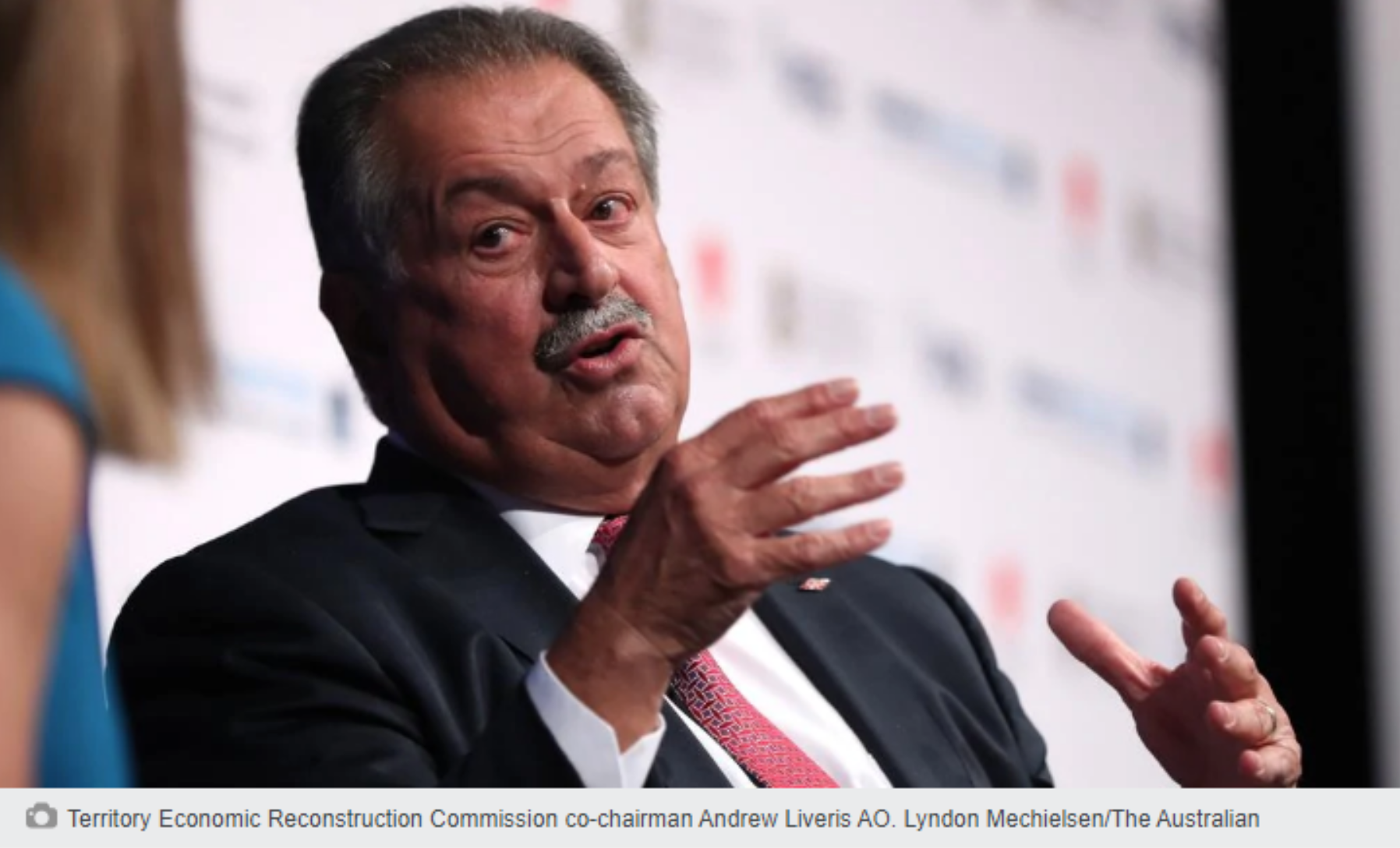 The cornerstone of the commission’s recommendations, according to Mr Liveris, is to attract private investment to the Territory by making it the “easiest place in the country to do business”, in turn growing the economy and population.

Central to this is a move to undertake swift and wide-ranging regulatory and administrative reform by getting the public service to “step up”.

In a letter seen by the NT News, Mr Gunner has given departmental heads until the beginning of September to “urgently determine” how each agency can deliver the plan to improve and upgrade systems and staff, and to slash approval times to 30 days.

The commission wants this achieved by June 2021.

A Major Project Coordinator will also be set up to establish a system of quicker approvals to support proponents, as long as they are meeting the full suite of regulatory requirements.

This, and other recommendations in the interim report, has drawn both support and ire from the Opposition, who say many of the ideas are policies they have already pitched for the upcoming election. 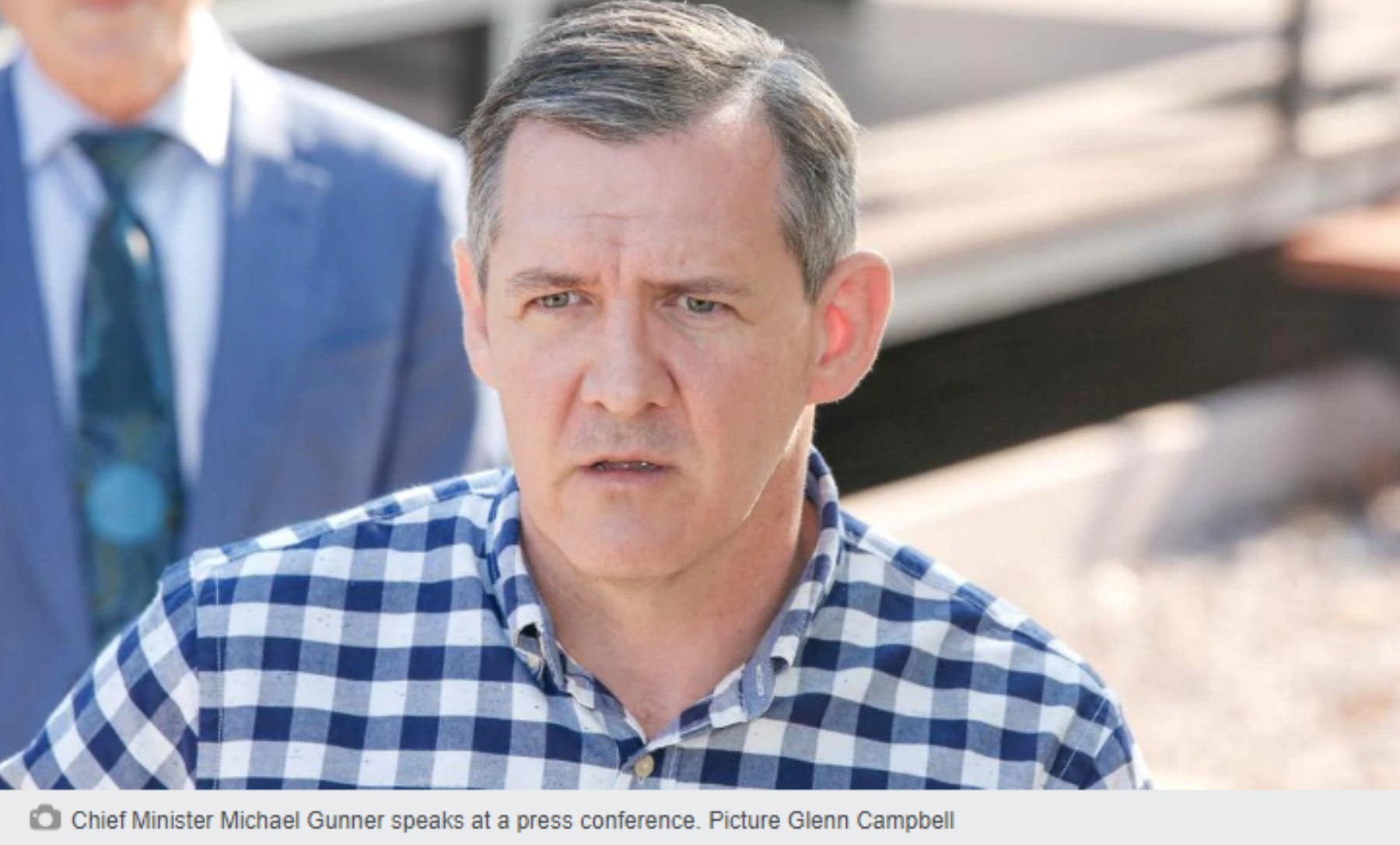 In renewable energy, the commission is asking the NT and federal governments to investigate the viability of a high voltage direct current electricity highway between Darwin and Alice Springs, with the possibility of enabling multiple projects that supply and make use of renewable energy “up and down the spine” of the NT, and a way to connect to the national electricity grid.

It is hoped this would support the creation of “renewable energy zones” and allow the NT to move away from diesel generation in remote communities.

In gas, the commission has asked both levels of government to help slash red tape holding back the infrastructure needed to support private development of the Beetaloo Basin, when the particular project is proven commercially feasible.

Fast-tracking of the Middle Arm Industrial Precinct masterplan is recommended to help the NT secure a spot as a player in the rapidly-growing hydrogen industry, in minerals processing, and in the low emission fully-integrated petrochemical industry.

For rock-based resources, the commission has hinted toward using the extended $2 billion Northern Australia Infra-structure Facility to give mining projects that are close to squaring away their finances a cash-filled push across the line. 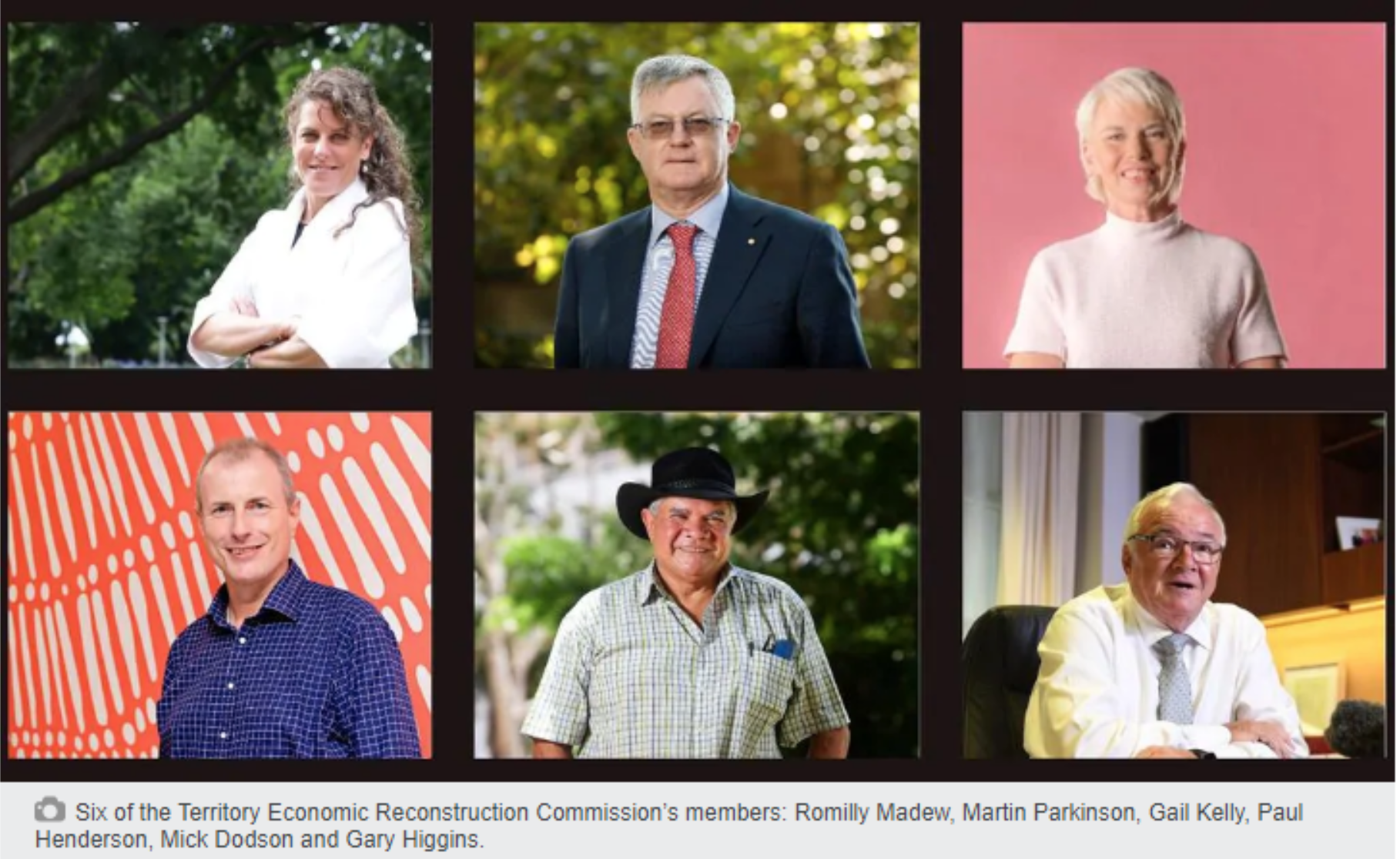 The commission also asks the NT government to take advantage of its new-found “love affair” with the federal government and urgently establish a joint “Investment Delivery Taskforce” to identify ways to speed up investment decisions for private proponents close to turning the first sod. It is hoped this plan can be ready for the next government.

To secure the important ingredient of water, the commission has asked the NT government to undertake a detailed business case for new water infrastructure in the Greater Darwin region, such as bringing Manton Dam back online or building off-stream water storage on the Adelaide River.

Resurrecting the tourism industry would require co-operation between the NT and its neighbours WA and Queensland to lobby the federal government for targeted financial support for struggling northern Australian operators so they can survive until the 2021 season.

This includes asking the federal government to fork out an extra $95 million for Kakadu National Park — on top of the $216 million it promised at the last election and the $131 million it announced last week — to fully fund the construction of roads to six significant sites.

It is recommended this work be completed within two years instead of the planned 10 years.

A planned $200 million Darwin Waterfront expansion also will be worked into phase two of the City Deal, with private sector funding to be pursued to build the staged integrated development to support population growth and tourism.