No Beef for Gina 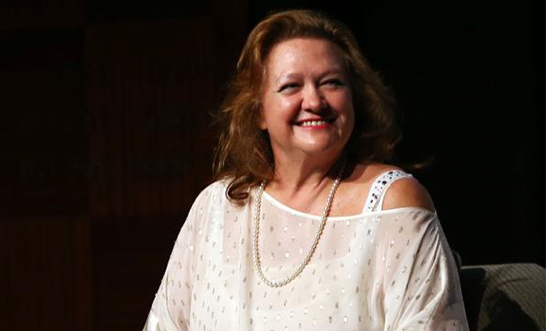 Article by Alice Coster courtesy of the Herald Sun.

AUSTRALIA’S richest woman, GINA RINEHART, arrives with an entourage and nearly always a team of Olympians. Gold medallist MACK HORTON and a crack crew of rowers, including OLYMPIA ALDERSEY were with her at the Paspaley Pearls Megisti Collection launch at North Melbourne’s Meat Market.

It was an appropriate venue – Mrs R’s top-tier 2GR Wagyu beef, drizzled with truffle oil, was served as canapes.

The 2GR stands for Gina and daughter GINIA and was provided by Mrs R’s good friend, Paspaley executive chairman NICK PASPALEY, at the exclusive gathering.

Creative director CHRISTINE SALTER (below) proudly spoke of grandfather NICHOLAS migrating to Australia after of Kastellorizo, also known as Megisti, was invaded during World War I.

Nicholas established the Paspaley Pearling Company and the Megisti Collection is his tribute, his granddaughter said.

“My grandfather at 14, still a child, had to earn an income for his mother and his five brothers and sisters, so he got onto a pearling boat and went out to sea. It was truly remarkable and, as a family, we are very proud of his migrant heritage.”