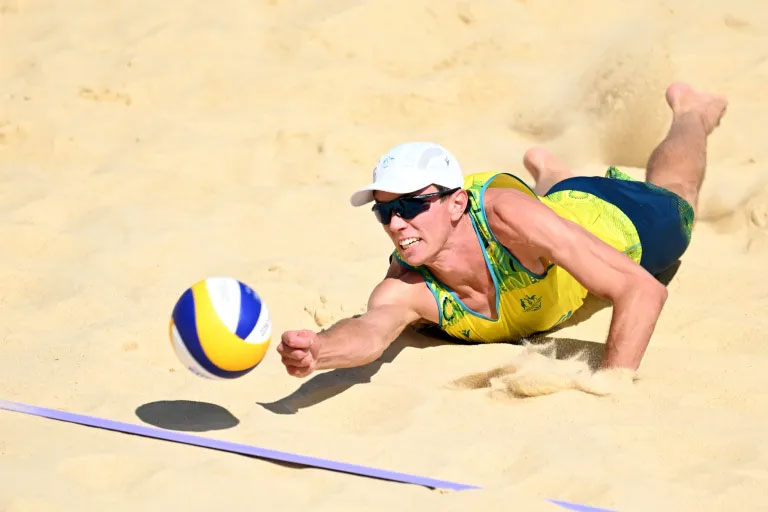 The Aussie duo will head into the quarterfinals as one of the top ranked teams, and their eyes firmly set on a podium finish.

Commonwealth Games debutant Burnett said he was pleased to be able to deliver another win.

“But to be able to grind it out, and come away with the win, we’ll take some confidence from that.

“It’s great to be able to go through the challenges, and experience that in the pool stages, and it’s always much better when you come out the other side with a win,” he said.

With the quarterfinals crossovers yet to be decided, McHugh said the focus will remain on their own game.

“When our backs are against the wall, we don’t really have a choice but to push hard. It’s good to see that we were able to respond to that pressure today too,” McHugh said.

“It’s a big event, and everybody here wants to do well.

“We’re on the right track, we’ve just got to keep pushing on and taking it one game at a time. I know it sounds cliche, but that’s the best thing you can do in these tournaments.

“We’re into single elimination now, so it’s the next game that’s the important one and we’ve just to keep that going until Sunday (medal matches),” he said.