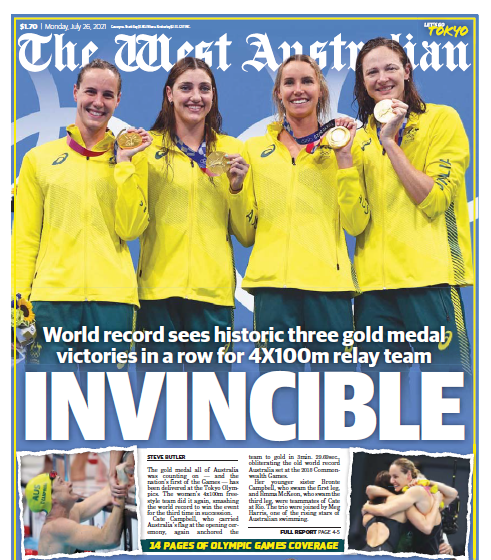 The gold medal all of Australia was counting on — and the nation’s first of the Games — has been delivered at the Tokyo Olympics. The women’s 4x100m freestyle team did it again, smashing the world record to win the event for the third time in succession.

Cate Campbell, who carried Australia’s flag at the opening ceremony, again anchored the team to gold in 3min. 29.69sec., obliterating the old world record Australia set at the 2018 Commonwealth Games.

Her younger sister Bronte Campbell, who swam the first leg, and Emma McKeon, who swam the third leg, were teammates of Cate at Rio. The trio were joined by Meg Harris, one of the rising stars of Australian swimming