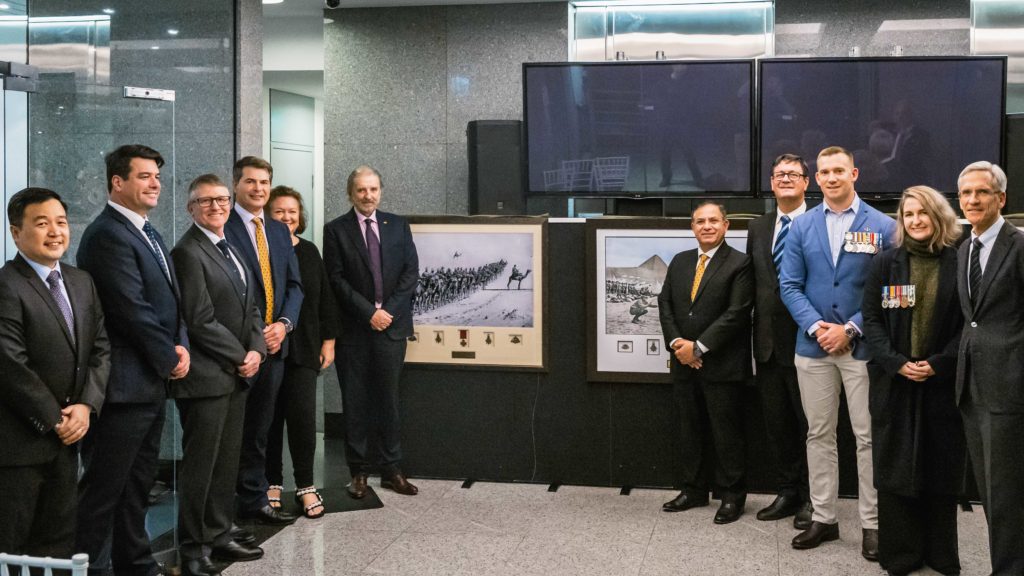 Hancock Prospecting has backed a $1 million personal donation to the Special Air Services Resources Fund by its executive chair Gina Rinehart with a further $500,000 contribution to support Australia’s elite soldiers.

Announced at a private event at the Hancock head office last night the contribution is in addition to $110,000 donated by iron ore miner Roy Hill Holdings, majority-owned by Hancock and also chaired by Mrs Rinehart.

The donations have been earmarked for use in funding the legal defence of former SAS servicemen, marking a change in way the fund uses its resources.

In announcing the donation, Mrs Rinehart passionately shared her concerns about Australia’s military, including that Australia is not adequately supporting its returned servicemen.

She expressed her disappointment in the public release last year of Inspector-General of the Australian Defence Force Afghanistan Inquiry Report, which has resulted in intense community focus on the SAS Regiment.

After a five-year process, the report has led to legal action against SAS who served in the long-running Afganistan war, where the regiment did the heavy lifting of the Australian forces deployed there.

Mrs Rinehart and other speakers backed the sentiment of the Hancock invitation to the announcement which noted that the loss of life among SAS soldiers who served in Afghanistan has been far greater since the inquiry commenced than were lost in active service.

SASRF chair Grant Walsh said ongoing legal action was taking an emotional and financial toll on soldiers and their families, so the fund had ensured there was a mechanism to assist them in their plight.

Dr Walsh, a former SAS soldier who is currently a director of risk management consultancy Osprey International, said it was a matter of procedural fairness that soldiers were able to adequately defend themselves against the allegations.

The fund was established in March 2012 to act as the umbrella body for the three Special Air Service Resources Trusts, the first of which was established after a Blackhawk helicopter training tragedy claimed 18 lives in 1996, almost 25 years ago.

It assists current and former members of the SAS Regiment and their dependants in need of relief or support, including financial hardship as a result of service-related mental illness or physical injury.

The fund also supports the families of other Australian Defence Force personnel killed or disabled while working alongside the SAS in regiment-controlled operations or training.