Article by Nick Tabakoff courtesy of the Australian. 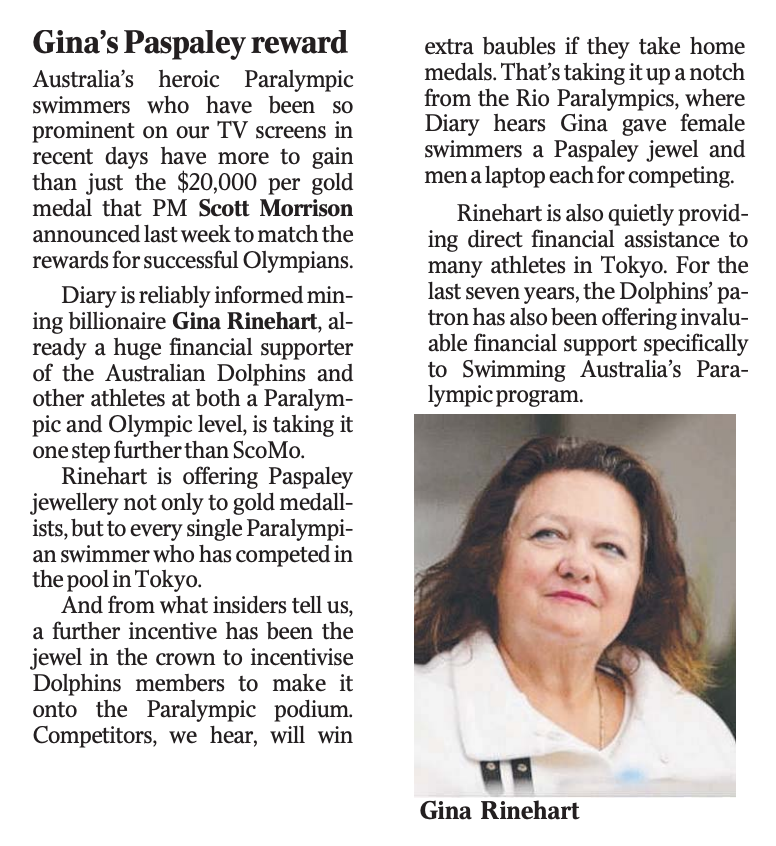 THE DIARY Australia’s heroic Paralympic swimmers who have been so prominent on our TV screens in recent days have more to gain than just the $20,000 per gold medal that PM Scott Morrison announced last week to match the rewards for successful Olympians.

Diary is reliably informed mining billionaire Gina Rinehart, already a huge financial supporter of the Australian Dolphins and other athletes at both a Paralympic and Olympic level, is taking it one step further than ScoMo.

Rinehart is offering Paspaley jewellery not only to gold medallists, but to every single Paralympian swimmer who has competed in the pool in Tokyo.

And from what insiders tell us, a further incentive has been the jewel in the crown to incentivise Dolphins members to make it onto the Paralympic podium.

Competitors, we hear, will win extra baubles if they take home medals. That’s taking it up a notch from the Rio Paralympics, where Diary hears Gina gave female swimmers a Paspaley jewel and men a laptop each for competing.