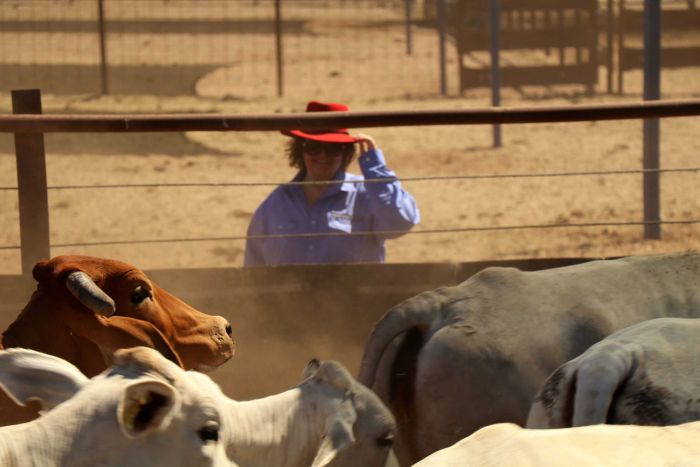 One company that has invested heavily in this space is Gina Rinehart’s Hancock Prospecting.

With stations sprawled across northern Australia, the company has brought mining technology to the cattle industry, and according to some has spent an “eye-watering amount of money” doing so.

Hancock’s spending on walk-over-weigh systems for cattle is impressive, but its investment and rollout of a digitalised UHF system and point-to-point wi-fi is the talk of the north.

Speaking at a developing the north conference, Gina Rinehart explained the project.

“The digital UHF system enables clear, quick and widespread communications from anywhere on the property, to anywhere in Australia or overseas, through the use of a handheld device,” she said.

“The digitalised UHF devices enable private and group phone calls, text messages, brief emails, and can transmit emergency notices so emergencies can be responded to quickly throughout the station, improving staff safety and enabling greater knowledge and efficiency for managers.

“The digitalised devices mean that a station manager inspecting cattle at the far-most point of say Ruby Plains Station [in the Kimberley] can, in a few seconds, speak directly to his station staff or Kidman’s head office, which is over 2,500 kilometres away, or a customer in Tokyo.”