Article by John Stensholt courtesy of the Australian. 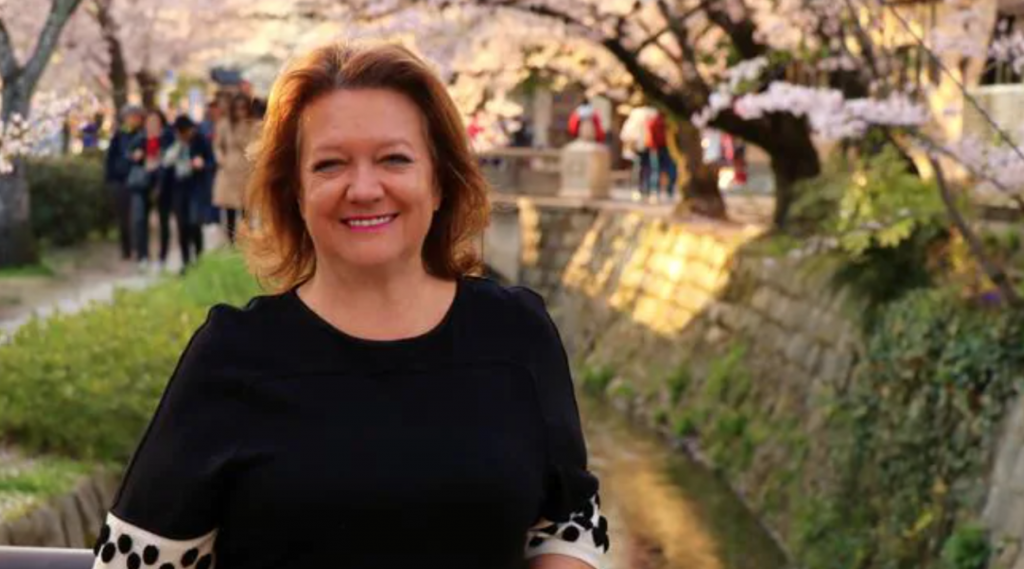 Atlas Iron has delivered billionaire Gina Rinehart almost $1.5bn in profits in only three years, since she beat fellow mining magnates Andrew Forrest and Chris Ellison to acquire the junior miner for $427m.

The Pilbara iron ore miner’s net profit soared by 146 per cent to $938m for the 2021 financial year thanks to soaring commodity prices and increasing production, financial results lodged with the corporate regulator on Tuesday revealed.

Atlas operates the Mt Webber mine 230km from Port Hedland in Western Australia and the newly commissioned Sanjiv Ridge mine that had its first shipment in the 2021 finance year.

Combined, the mines shipped 9.7 million tonnes of iron ore for the year at a 58% increase in its average realised price. Revenue for Atlas rose 66 per cent to $1.7bn and cash generated from its operations doubled to $1.02bn

The Atlas profit comes after Mrs Rinehart’s huge Roy Hill mine served up a massive $4.4bn net profit for the year to June 30, double the $2.2bn it made last year, from the shipping of about 60 million tonnes of iron ore in 12 months.

It also sets the scene for Hancock to reveal what will almost certainly be the biggest profit for a private Australian company later this year.

Mrs Rinehart said the importance of mining to Australia had “never been more evident during [2021], a time in which I am immensely proud of Atlas and our people and their contribution to safeguarding the economic prosperity of WA and Australia. When mining does well, so does Australia.”

Atlas made $93m in state royalty payments during 2021, a 35 per cent increase from the previous year, and also paid $65m in port charges to the Port Hedland Port Authority.

“The iron ore industry has propped up our nation during Covid, with Atlas as part of the Hancock Prospecting group of companies leading the way in the industry’s response to the pandemic,” Atlas chief executive Sanjiv Manchanda said.

“Maintaining continuous production during a period of very favourable pricing has delivered more royalties and taxes into State and Federal Government coffers.”

The Atlas result may be the best for some time, depending on the movement of commodity prices.

Iron ore prices hit record levels of more than $US230 a tonne in May as demand for steel surged due to huge infrastructure stimulus packages announced by governments worldwide as part of pandemic recovery strategies.

But the price of the steelmaking commodity has since fallen markedly as China sought to curb steel output in the second half of the year to protect profits margins at its steel mills, and power supplies amid an energy crisis across its industrial heartland.

Iron ore was trading at just under $US90 a tonne last week.

Meanwhile, Mrs Rinehart renewed her attack on government “red tape” that she said put the mining industry at risk of a slow down in the face of growing competition from overseas markets.