Article by Emily Pidgeon courtesy of the CEO Magazine

The billionaire shares a surprising list of people who inspires her as a female business leader.

As Australia’s richest citizen, Gina Rinehart is a source of inspiration for many young business leaders. But who does the mining mogul turn to for her own inspiration?

Following her exceptional Lifetime Achievement Award recognition at The CEO Magazine’s Executive of the Year Awards 2019, we sat down with Gina to pick her brains on the biggest challenges she’s faced, her proudest moment and who she looks up to.

From turning Hancock Prospecting around from a parlous situation to becoming one of the country’s most successful private companies, the list of Gina’s proudest career moments is deservedly long.

“Seeing Hope Downs develop from a few holes in the ground and knowing the effort it took to achieve its first mines, developing and expanding the mega Roy Hill project, seeing our other interests in the pipeline come along, and establishing our large and world-class agribusiness are a number of my proudest moments,” she says.

With great achievements come many obstacles. Government interference in businesses is one of the biggest challenges facing the industry – and it’s something that makes it harder every day. 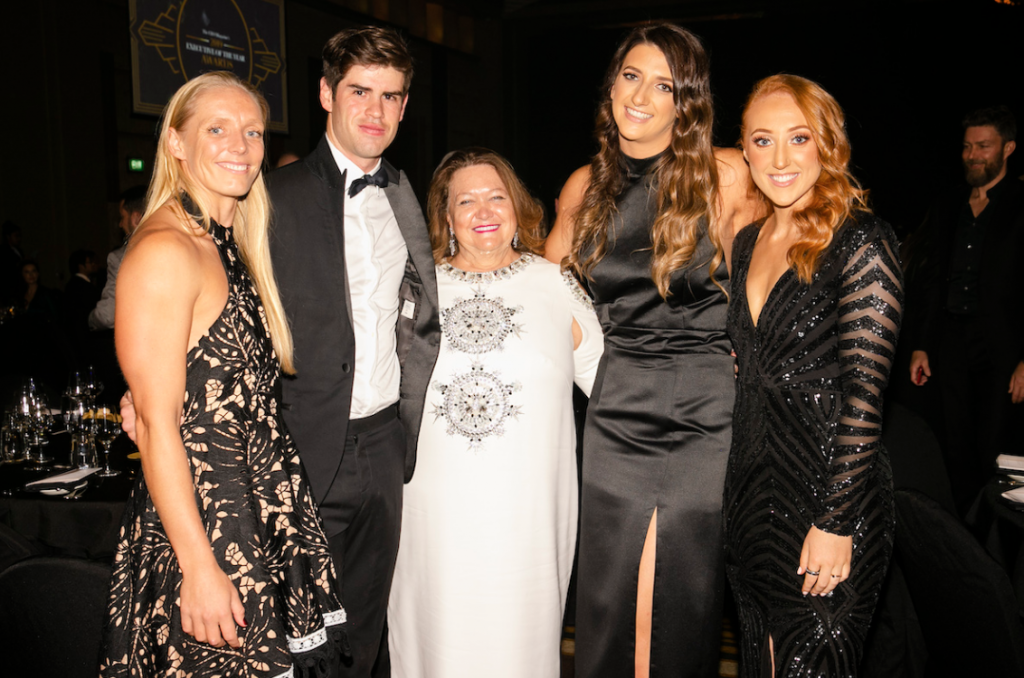 Gina Rinehart and Australian Olympians after she was honoured with the inaugural Lifetime Achievement Award.

“Together with the government’s lack of determination to reduce their own costs and keep Australia as a high tax country, which as an exporting nation is a huge problem, we must be internationally cost-competitive; high taxes and licence costs, together with government tape, is an onerous burden,” Gina told The CEO Magazine .

It’s these challenges that make the 65-year-old’s incredible accomplishments even more noteworthy.

Despite the problems facing businesses in the energy and resource industry, Gina believes the future is bright if governments “reduce taxation, licence fees, tax and compliance burdens”.

“We need to remember that we must remain internationally cost-competitive to be able to export,” she says.

Hugely successful and internationally recognised, Gina, who is ranked #75 on Forbes Billionaires 2019, stands up for her country’s interests – three of the qualities she believes make an exceptional leader.

“Each of these country leaders have had to put up with misrepresentation, distortion or worse from increasingly non-understanding economics and left-wing media,” Gina explains. “I think President Donald Trump answered the questions well when asked ‘why continue, why put up with it? – because he loves the American people and loves America.”

Gina, who is an astute executive and patriot, embodies the belief that dedication, hard work and loyalty are key ingredients of business success. The CEO Magazine is delighted to recognise Gina’s incredible career.