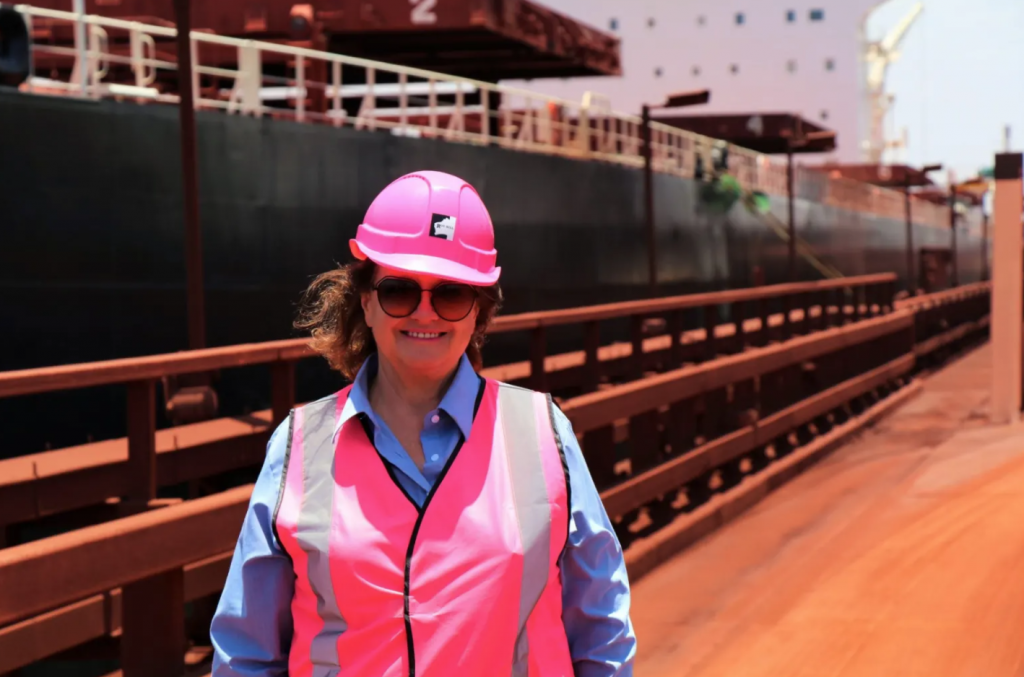 Bumper iron ore prices have resulted in a $7.3 billion profit for the flagship company of Australia’s richest woman Gina Rinehart.

The Hancock Prospecting Group posted one of the largest profit margins for private companies in the country with revenue up from $10.5 billion to $16.6 billion. The company paid $2.7 billion in taxes for the year.

Mrs Rinehart is the ultimate controlling party of Hancock Prospecting which has a 70 per cent stake in the Roy Hill iron ore mine in the Pilbara.

Roy Hill recorded a $4.4 billion profit over the past financial year after shipping 57.5 million tonnes of ore but much of the dividend for Hancock Prospecting has been quarantined because of the long-running dispute between Mrs Rinehart and her children over the management of the Hope Margaret Hancock Trust.

Roy Hill, which is the largest money earning asset for Hancock Prospecting, has cleared its debt commitments about four years ahead of schedule.

Atlas Iron, another mining company in Mrs Rinehart’s group, netted close to $1 billion in profits in the past financial year.

A statement from Hancock Prospecting revealed the company was considering a reduction in tonnage for its stalled $800 million metallurgical coal project in Canada.

Subsidiary companies of Hancock Prospecting are embroiled in a series of court cases over the Grassy Mountain project in the Rocky Mountains of Alberta after the proposed mine was knocked back for federal environmental approval.

“The group has appealed this decision, and continues to explore its options in regard to this project,” the company’s annual report said.

Australian Outback Beef pulled in $11.5 million in profit as Mrs Rinehart sold off several cattle stations in the Northern Territory and Western Australia.

“A number of stations in the north, acquired some time ago, have been profitably sold after they had been upgraded and improved through further capital investment,” the Hancock Prospecting statement said.

“These funds are targeted to be redeployed into high quality east coast pastoral and cropping properties to support our Wagyu operations.”

The billionaire miner and pastoralist recently delivered a speech on Sunday criticising the federal government for its net zero emissions goal and what it would mean for agriculture.

“Other than farmers with a few iron mines to help their bank balances,” Mrs Rinehart said.

“How on earth after so many bad years depleting farmers resources, can those in agriculture be expected to dish out for, electric vehicles, approximately double the cost of fossil-fuelled vehicles, solar panels be that for high cost power installations, or even lessor costs for isolated lights, or solar panels on accommodation to enable hot water when the sun shines, or the greater costs added to the transport industries of new non-fossil trucks and locos, affecting all supplies farmers need, and the costs of them having to shift stock, for markets and otherwise, plus raised costs for suppliers affected by net zero expenditures, or all the other many costs involved in meeting net zero.”

Mrs Rinehart said to help out the agricultural sector there should be legislative changes to allow farmers to clear land to decrease the risk of bushfires, the creation of special economic zones across northern Australia, more dams, the elimination of payroll tax and stamp duty, and for pensioners to be able to fill the labour shortage without losing part of their pension.

“Our industry is only just starting to recover after the vast difficulties I’ve mentioned, plus the elephant of net zero,” she said.

“With repeated reference of having to lessen stock numbers, we can and should try to assist our industry to survive and grow by continuing to reform the legislation that impacts Australian agriculture.”