The Hancock Prospecting Group and Shanghai CRED held their first board meeting in Melbourne on Wednesday evening (8/2/2017) as the new owners of S. Kidman and Co. This historic occasion was marked with gifts including the traditional acceptance by Mr Gui, the principal of Shanghai cred, of a Sidney Kidman branding iron, and in turn, Mr Gui presented Mrs Rinehart with a pictoral history of her Victorian born grandfather, James Nicholas, including, Cobb and co.

Prior to the board meeting, Mrs Rinehart, together with several of her station managers, travelled to the Kidman stations, speaking with the managers (except 2, not possible given rains), sharing with them the new technological improvements occurring on the Hancock stations. The iconic Kidman pastoral business is currently running herds well below their usual average, but is still one of the largest in Australia with a total herd of approx 150,000 cattle.

Both Mrs Rinehart, Executive Chairman of the Hancock Prospecting Group, and Mr Gui, Principal of Shanghai CRED, have agreed to and are looking forward to investing further in the S. Kidman and Co stations, and confirmed at the recent board meeting, in particular to investing in new and useful technology such as the Hancock stations have used, including digital UHF and walk over weighing, utilising such investment for transforming and improving the stations, and benefiting both staff and animals.  This increased investment in technology approach will involve more training and some cultural change at Kidman, as the company gears to become one of the best cattle company’s in Australia. Mrs Rinehart was delighted that this was met with great enthusiasm from many of the Kidman station managers for such changes.

Hancock Prospecting is the majority-owner of Kidman with a 67 per cent stake in the cattle company. 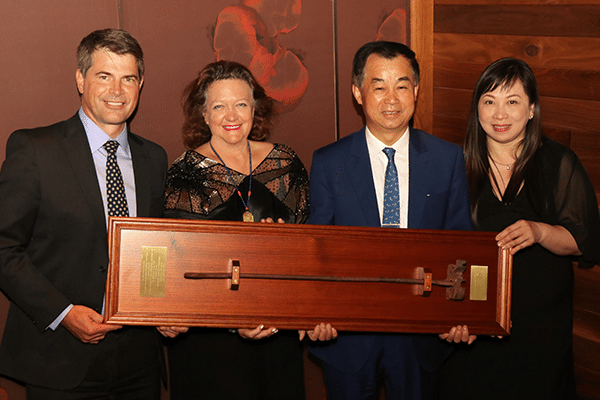 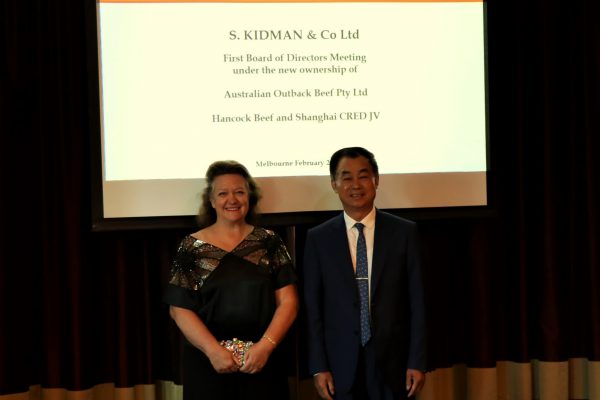