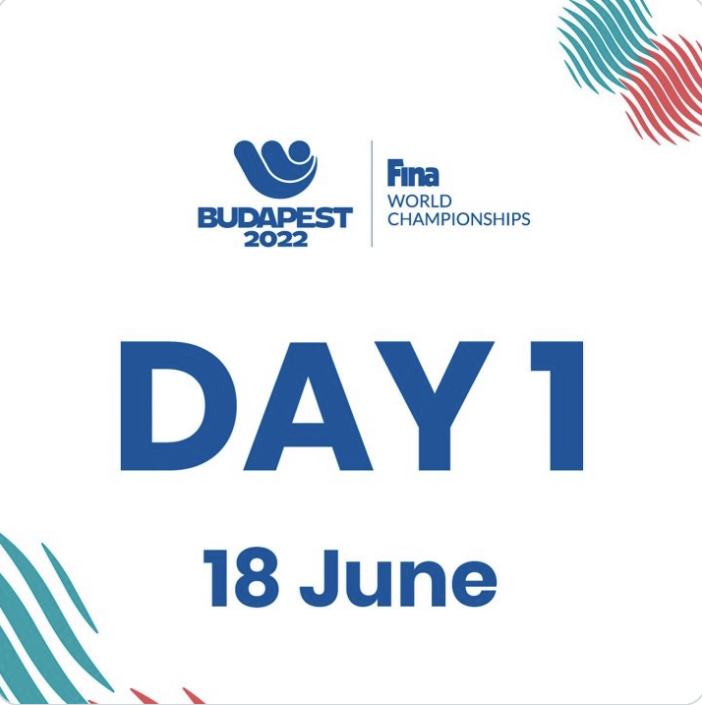 Australia has had a great start to the World Championships in Budapest, with two gold medals and a silver.

For further details regarding the day 1 results, please see below article.

Straight on to the last final of the evening, the women’s 4×100 free relay.

A quick start for Brazil, China, and Canada.

Torri Huske, leading off for USA, is inside the WR split at 50m. Australia take the lead before the first changeover though, barely. Still inside world record time.

The Aussies hold the world record, set at last year’s Tokyo 2020 Olympic Games. And they are still inside the split at 200m, and are ahead of the Americans by nearly a second.

Team USA has some work to do here to close this gap. Just outside the world record split at 250 as Canada move into second place with Margaret Mac Neil.

Penny Oleksiak will anchor the Canadians, but it’s still the Aussies ahead at the final change by 1.34 seconds.

Shayna Jack is the Australian anchor. Can she hold this lead? Yes, the advantage is growing at 350.

The first final this evening is in the men’s 400m freestyle.

In Lane 8, Marco de Tullio of Italy; in Lane 1, Trey Freeman of USA; in Lane 7, Kim Woomin of South Korea; in Lane 2, Kieran Smith of USA, the Olympic bronze medallist; in Lane 6, Lukas Martens of Germany; in Lane 3, Guilherme Pereira da Costa of Brazil; in Lane 5, Elijah Winnington of Australia; and in Lane 4, Felix Auboeck of Austria.

The world record is from 2009, and that will likely not be threatened today.

Winnington has the fastest reaction time off the blocks, with the Australian out to a quick start as Auboeck falls back and makes the first turn last as he conserves energy for later in the race.

The Australian Winnington is well inside the world record split at 100m in 52.96. He has a lead of about half a body length over Martens at 200m. Martens has edged ahead at 250m, and holds that lead into the final 100m.

Auboeck has left himself with too much to do in the final lap. Winnington makes a huge surge after the final turn and pulls away from Martens.

“It’s unbelievable. I’m just trying to have fun, trying to enjoy this experience and that definitely helped,” Winnington says.

“I was in a world-class field so I knew we would be going something pretty good,” he adds of his time.

Speaking later in the mixed zone to Olympics.com, the Australian said: “I wasn’t focussing on the results. You probably saw me walking out just looking around, enjoying the experience. My first world champs and second international final after the Olympics. I just wanted to enjoy it and clearly enjoying it brought out the best in me.

“I’ve worked super hard to get myself to where I am mentally. It’s really just a mental game now. I was chatting to Kyle Chalmers earlier this week and he said that everyone at this international stage, they all put in work, they’re all talented, but it’s who is tougher in the mind.

“I don’t want to sound cocky but with 75m to go I knew in my mind I was going to be the world champion. Enjoyment brings confidence.”

“This time last year I never thought this day would happen , I though I would have hung up the goggles, I wasn’t enjoying it so to bounce back in 11 months it’s really cool. I’m treating it as a stepping stone to move forward. This is by no means the best I’ll ever produce.”