Article by Amy Price courtesy of the Sunday Mail. 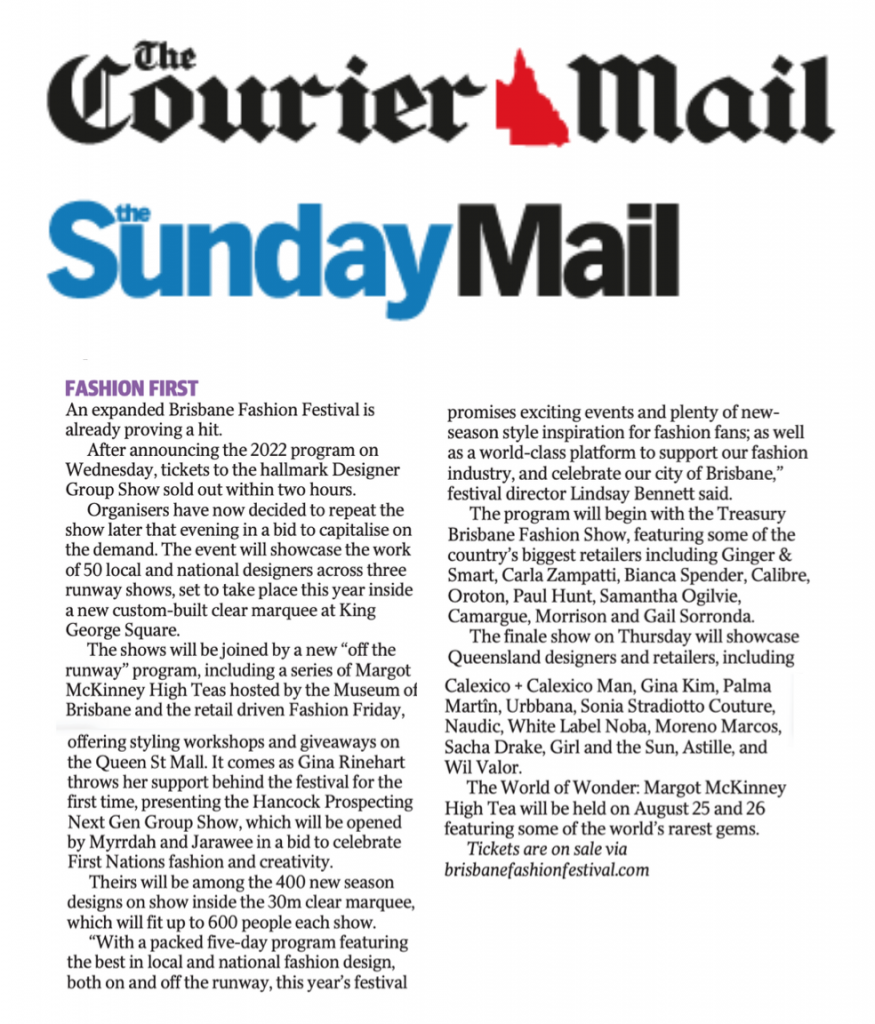 An expanded Brisbane Fashion Festival is already proving a hit.

After announcing the 2022 program on Wednesday, tickets to the hallmark Designer Group Show sold out within two hours.

Organisers have now decided to repeat the show later that evening in a bid to capitalise on the demand. The event will showcase the work of 50 local and national designers across three runway shows, set to take place this year inside a new custom-built clear marquee at King George Square.

The shows will be joined by a new “off the runway” program, including a series of Margot McKinney High Teas hosted by the Museum of Brisbane and the retail driven Fashion Friday, offering styling workshops and giveaways on the Queen St Mall. It comes as Gina Rinehart throws her support behind the festival for the first time, presenting the Hancock Prospecting Next Gen Group Show, which will be opened by Myrrdah and Jarawee in a bid to celebrate First Nations fashion and creativity.

Theirs will be among the 400 new season designs on show inside the 30m clear marquee, which will fit up to 600 people each show.

“With a packed five-day program featuring the best in local and national fashion design, both on and off the runway, this year’s festival promises exciting events and plenty of newseason style inspiration for fashion fans; as well as a world-class platform to support our fashion industry, and celebrate our city of Brisbane,” festival director Lindsay Bennett said.

The World of Wonder: Margot McKinney High Tea will be held on August 25 and 26 featuring some of the world’s rarest gems.

Tickets are on sale via brisbanefashionfestival.com