Australia have wrapped up their Birmingham 2022 Commonwealth Games campaign after another strong night in the pool at Sandwell Aquatic Centre.

Tokyo Olympian Mollie O’Callaghan (27.47) added another medal to her Birmingham haul, winning silver in the Women’s 50m Backstroke final. She was joined on the podium by Kaylee McKeown (27.58) who won bronze, with teammate Bronte Job (27.85) finishing sixth.

“I got a sub 14:50 (minutes) which is what I’ve been training for for a while, I’m happy to have finally put the race together properly,” Short said.

“I would’ve preferred a good time over the gold, but to get both is just amazing.

“The more you do the 1500m, the better you get at it – it’s all about tactics and a good race plan and I’m getting better at that with age,” he said.

“This meet, for me, was more about coming here and having fun – that’s what the Commonwealth Games is all about,” Titmus said.

“I came here with the goal to win all four and I believed that I had the capacity to do that, and I’m happy I did that.

“I definitely got pushed more than I did on the Gold Coast (2018 Commonwealth Games) but that’s great it means the sport’s moving, keeps me motivated and keeps me on my toes,” she said.

Bradley Woodward, Zac Stubblety-Cook, Matthew Temple and Kyle Chalmers (3:31.88) teamed up to win silver in the Men’s 4x100m Medley Relay. Chalmers and Englishman Tom Dean were neck and neck on the final stretch, the Aussies just pipped at the post by the host nation. 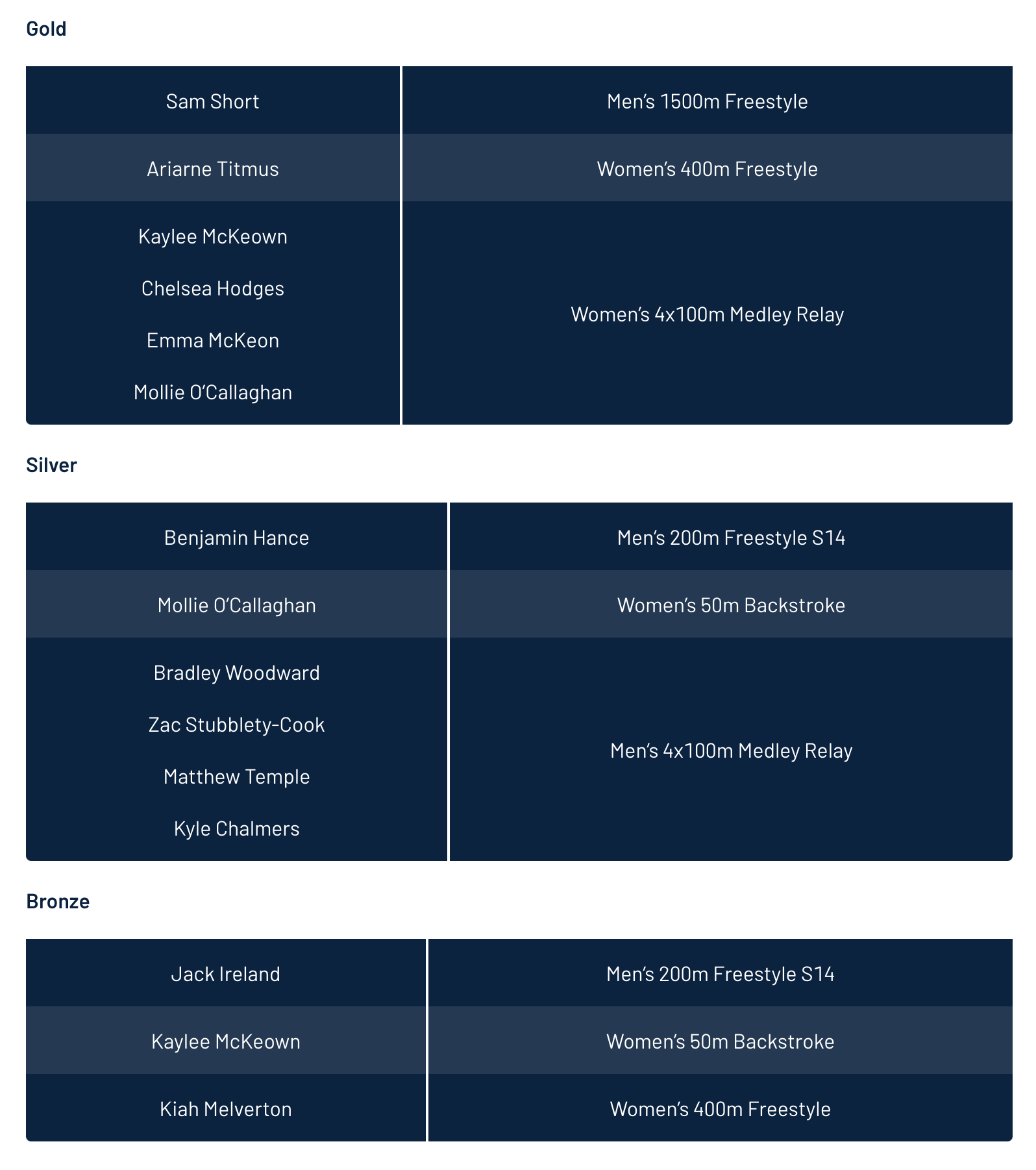