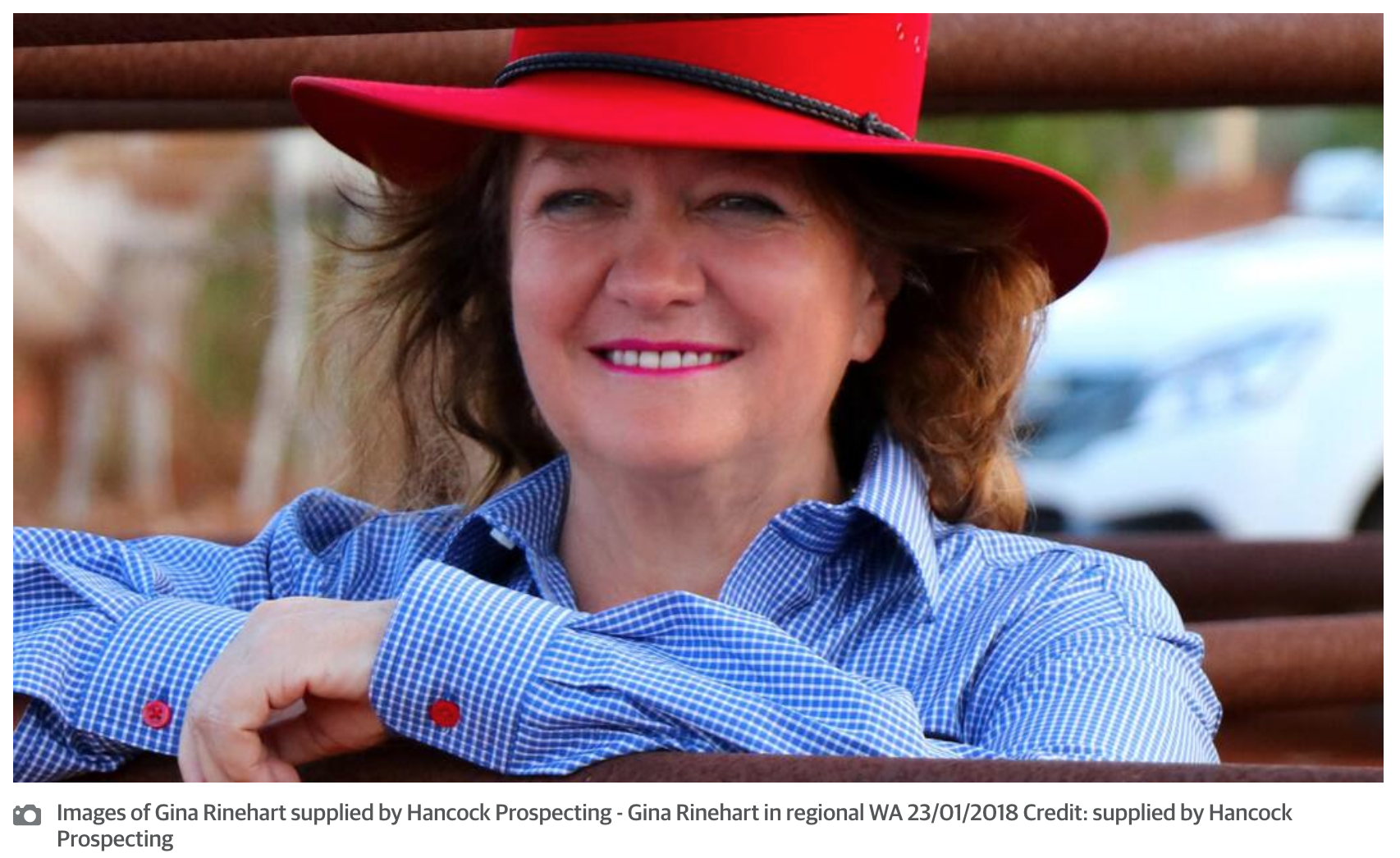 “We cannot rely on parts from overseas. We should have the capability to make what we need on our own shores,” Ms Rinehart told Sky News in an interview to be aired tonight.

But she said the high cost of doing business in Australia remained the biggest obstacle to achieving greater self-sufficiency.

“We must cut the biggest part of those costs, taxes and tape, to encourage investment,” she said.

“History has shown that propping up industries with government handouts isn’t the best solution.”

The Federal Government has already handed out more than $210 billion in assistance packages to workers and businesses to keep staff employed during the pandemic and spare mass closures across almost every sector of the economy.

The Reserve Bank of Australia believes the economy will begin to bounce back from September if the country continues to ease restrictions and keep a lid on the coronavirus.

But it warned Australia needed to brace itself for an unemployment rate above 6 per cent over the next couple of years after reaching an expected peak of about 10 per cent in June.

National output was likely to fall by about 10 per cent over the first half of 2020, with most of this decline taking place in the June quarter.

Total hours worked in Australia are likely to fall by about 20 per cent over the first half of this year.

Ms Rinehart — who owns vast mining and pastoral operations in WA and across Australia — again called on the Government to launch major tax reform and cut red tape to help the economy recover after COVID-19 restrictions are relaxed.

“With COVID-19 putting Australia into recession, with skyrocketing debts and interest, after already suffering four years of severe drought and extensive bushfires, we should no longer be talking about cutting tax and government tape,” she said.

“We need to let our economy recover and significantly cut tax and tape now.”