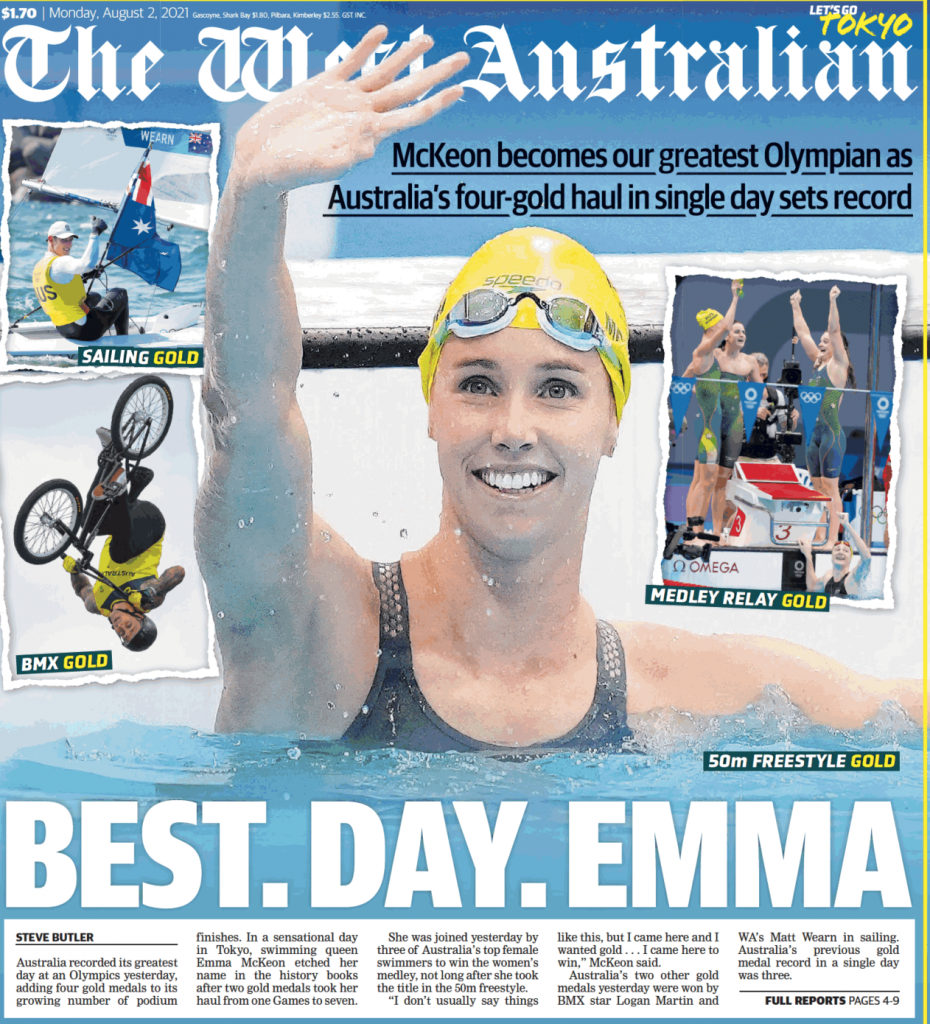 In a sensational day in Tokyo, swimming queen Emma McKeon etched her name in the history books after two gold medals took her haul from one Games to seven.

She was joined yesterday by three of Australia’s top female swimmers to win the women’s medley, not long after she took the title in the 50m freestyle. “I don’t usually say things like this, but I came here and I wanted gold . . . I came here to win,” McKeon said.