Article by Ian Chadband courtesy of the Sydney Morning Herald. 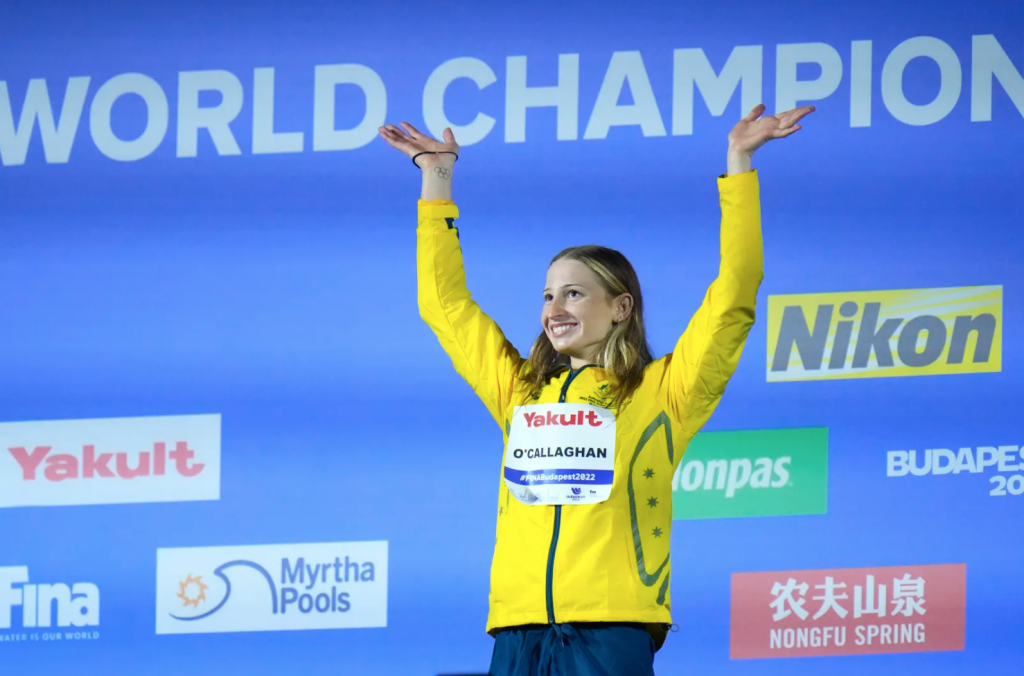 Mollie O’Callaghan and Zac Stubblety-Cook have made it a golden day for Australia at the world swimming championships in Budapest.

O’Callaghan overcame a touch of pre-race panic to take the 100m freestyle with an extraordinary late burst on Thursday.

Then Stubblety-Cook toyed with his opposition in the 200m breaststroke final to add the world title to the Olympic gold he won in the event in Tokyo last year.

Their brilliant come-from-behind wins doubled Australia’s golden tally to four, while Jenna Strauch added another silver to the collection in the women’s 200m breaststroke.

The 18-year-old Queenslander O’Callaghan powered through over the final 10 metres to snatch her first individual global gold and her fourth medal of the championships.

Yet once again, the Brisbane teenager was left to win it the hard way, having turned sixth after the first 50m, some 0.61sec behind Sjostrom.

But just as in Wednesday’s semi-final when she produced the fastest second-half of a 100m freestyle race ever recorded – 26.43sec – to roar from last to first, O’Callaghan again timed her race perfectly, this time clocking 26.71 for the final 50.

Even with 20 metres left, though, it looked as if she might just miss out but she came through to add the title to the women’s 4x100m freestyle gold she won on the opening day and the silvers she in the 200m freestyle and 4×200m relay.

“Shocking, it was bad, the worst ever,” smiled O’Callaghan, reflecting on her familiar pre-race nerves. 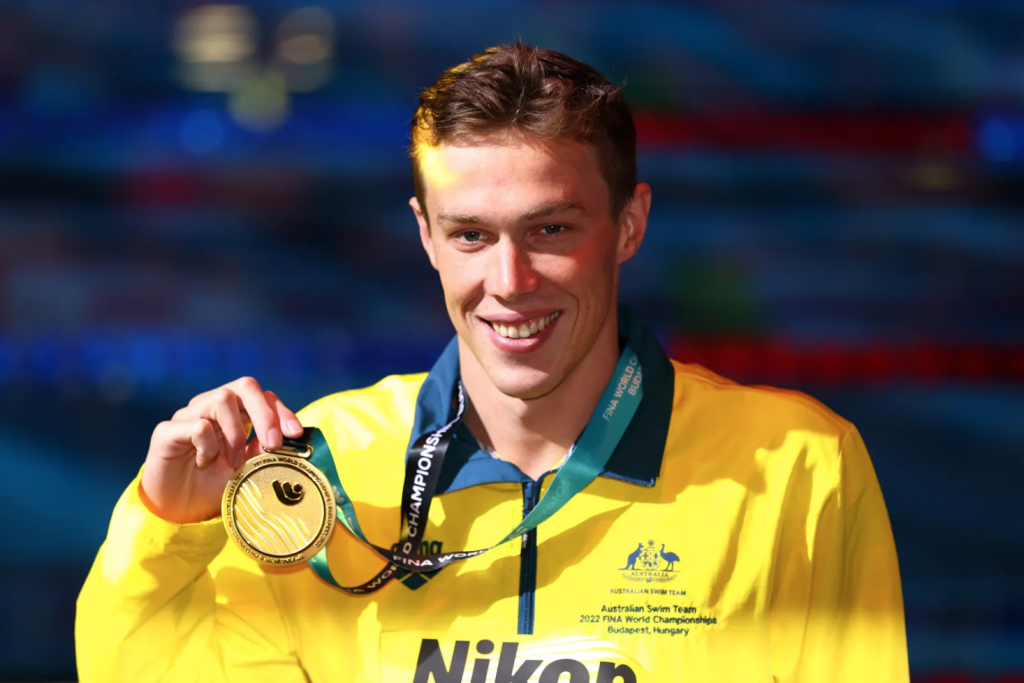 “I was panicking in warm-up, I had a little bit of a cramp in my leg.

“I was just feeling dizzy, I just felt out of it in warm-up and I started to panic a little.”

Once in the water, though, she proved nerveless as she became the fifth Australian woman to win the blue riband event after Jodie Henry, Libby Trickett and sisters Cate and Bronte Campbell, once again demonstrating the depth of the nation’s female freestyling talent.

“It’s certainly weird at the moment to think that I’m a world champion,” said O’Callaghan.

I’m so proud of it, it’s all about experience for me and I wasn’t expecting that at all.”

He was last after 50 metres and 100 metres, before rousing himself to get to third at the 150m mark before his long, slow stroke powered him away over the final length to win almost as he liked in 2:07.07.

That was way down on the world record 2:05.95 he’d set in Adelaide at the national championships a month ago but the 23-year-old reckoned that “it as always just the game plan just to race tonight”.

Bendigo’s Strauch earned the Aussies’ sixth silver of the championships in the equivalent women’s event, and was even in the hunt for the gold until American Lilly King forged away over the last 25 metres.

The Aussie had actually gone faster than that in the semis, clocking 2:22.22 as the quickest qualifier.