Australia’s Women’s Eight threw it all on the line on the final day of the 2019 World Rowing Championships, winning a silver medal and securing Australia a spot at the 2020 Tokyo Olympic Games. Meanwhile, Erik Horrie picked up a bronze medal in the PR1 Men’s Single Scull and Australia’s Men’s Eight qualified their boat for Tokyo by finishing in fourth place in their A-Final.

Amanda Bateman and Genevieve Horton ensured Australia had a boat berth for the Women’s Double Scull at the 2020 Tokyo Olympic Games after the duo finished in fifth place in an incredibly tight B-Final in Linz-Ottensheim, with first and fifth place split by a mere 1.03 seconds. Their male counterparts, Caleb Antill and David Bartholot, just missed out qualifying the Men’s Double Scull after finishing in sixth place in their B-Final.

At the conclusion of the 2019 World Rowing Championships, Australia has qualified eight boats for the 2020 Tokyo Olympic Games and two boats for the Tokyo 2020 Paralympic Games. Subject to selections in 2020, Australia may look to qualify further Olympic class boats, at the final Olympic Qualification Regatta in Lucerne, Switzerland and further Paralympic boats at the Final Paralympic Qualification Regatta in Gavirate, Italy – both events are held in May 2020.

Australia’s Women’s Eight came out firing in their A-Final, with the crew, coxed by James Rook, flying out of the start and taking an early lead at the 500-metre mark, ahead of race favourites New Zealand and the USA. The Australians of Molly Goodman, Jessica Morrison, Annabelle McIntyre, Rosemary Popa, Georgie Rowe, Bronwyn Cox, Jacinta Edmunds, Leah Saunders and coxswain James Rook, were in the lead still at the 1500 metre mark, before New Zealand made their move and edged ahead of the Australians.

Post-race, stroke of the Women’s Eight, Molly Goodman, said: “We were really happy with that race, we’ve got to go back and train harder again, we want that gold medal in Tokyo. It’s awesome to qualify the boat, I can’t remember the last time we qualified a Women’s Eight directly [and not through the final qualification regatta].

“The whole team is doing really well, but it’s been particularly great to see how well our women’s sweep category is doing, to come away with a gold and two silvers [for our women’s sweep group] is just awesome.”

“The plan was to get out and get further out, we had a good start and things took care of themselves. It was a shame we couldn’t hold it together in that last 500 metres, but the girls in front of me gave it 100 per cent, you can’t ask for more than that,” added Rook. 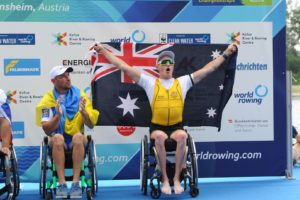 Erik Horrie was aiming for his sixth consecutive World Rowing Championships title in the PR1 Men’s Single Scull, but it wasn’t to be the Australian’s day, with the single sculler taking home a bronze medal, while Ukraine took gold and Russia silver.

Horrie sat back in second for the majority of the race, before slipping back into third, however, the Australian held off a challenge from Great Britain in the final metres of the race to take bronze. “It just wasn’t my today, but I’m happy to come away with the medal considering the season I’ve had coming back from injury,” said Horrie.

The Men’s Eight were just 0.53 of a second off taking a bronze medal in their A-Final. The Australians were in second at the 500-metre mark and despite slipping back to fifth at the halfway mark, they nudged into third at the 1500 metre point. In a sprint to the line with Great Britain and the USA, the Australians just missed out on the podium, with Germany taking gold, Netherlands silver and Great Britain bronze.

Alexander Purnell said post-qualifying the boat for Tokyo, “We’ve learned a lot this week and worked on some big changes and those came good today. I guess the result we got was a combination of a lot of things but the main thing is that the boat is qualified for Tokyo, we’re really happy about that.

“This year’s World Championships felt a bit different to any other race to be honest, as it was top five to qualify for Tokyo, so you’re just trying to not come last. We could see we were ahead of New Zealand for the majority of that race, we had total trust in our coxswain, Kendall Brodie’s calls and she did a great job. When it’s so close, at the end of the race you’re just giving it all you’ve got and we got our boat to Tokyo.”

Rowing Australia Performance Director, Bernard Savage, summarised the week by commenting, “This week has had some incredibly hard and tight racing across all boat categories so to come away with qualifying eight Olympic and two Paralympic boats for Tokyo is really pleasing. I am very proud of this Team and the way they have gone about their business this week. To have qualified a full complement of sweep boats for both the men and women is particularly pleasing.

“All eyes are firmly on Tokyo, and now the athletes, coaches and staff will be leaving no stone unturned in the quest for success at their respective Games.” 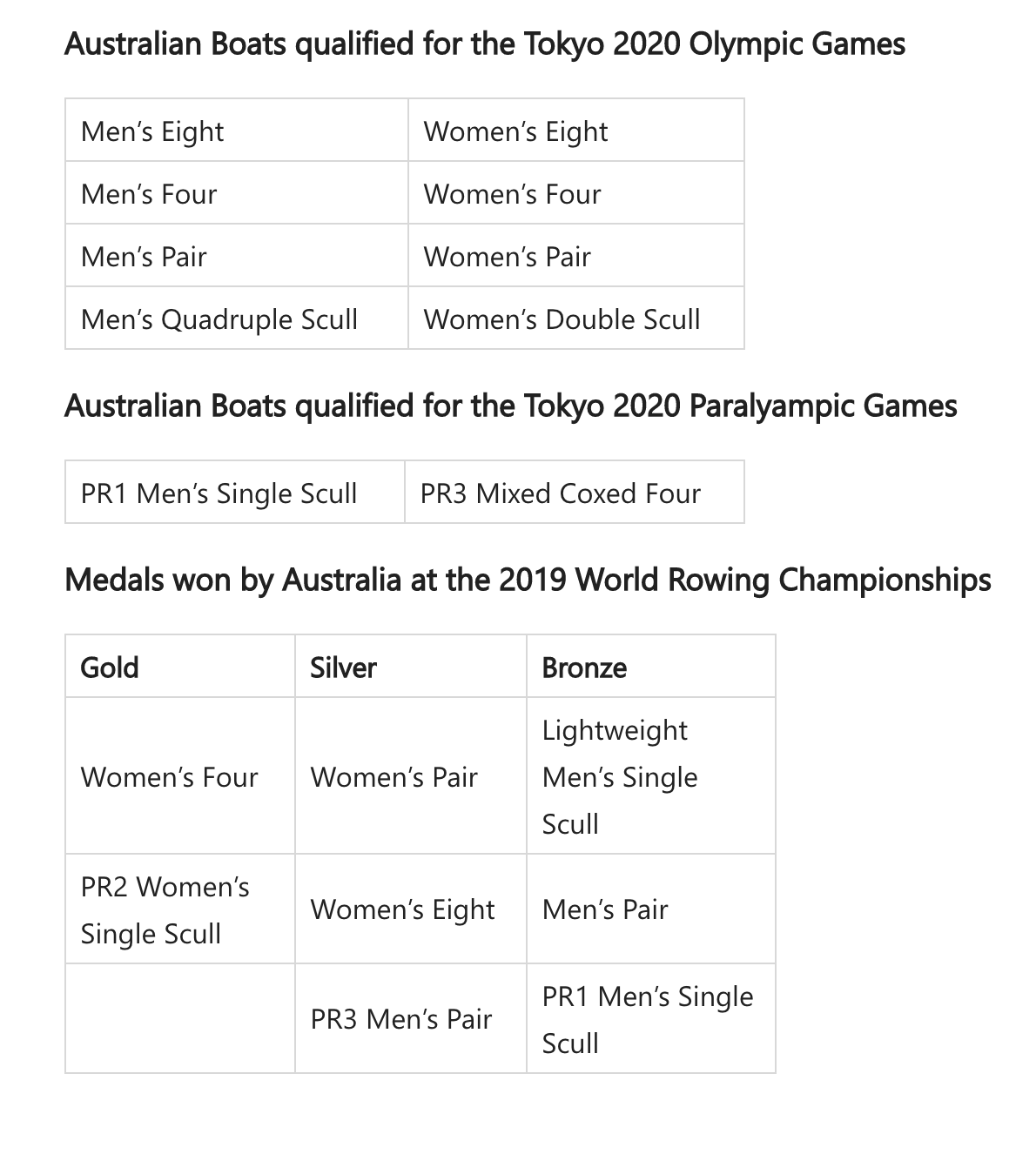