In yet another irrational scare story, we get yet another version of the “polar bears will be extinct unless we stop driving cars and using coal-fired electricity” which has saturated the media for decades. Models using discredited climate scenarios use a 600% increase in coal burning and a 6°C rise in polar temperatures. These climate activists fail to inform the readership that polar bears in the Arctic have survived numerous periods of warming when temperature rises of 6°C were not uncommon.

Polar bear observations on a small population in one part of Canada are not representative of all the Arctic. The world expert on polar bears shows the climate activist narrative that polar bear populations are declining is not supported by data. It’s not a myth: 2020 was another good year for polar bears.

Dr. Susan Crockford, former adjunct professor and zoologist at the University of Victoria released a 13 minute video that shows “…the strong polar bear component to the terrorization of the world’s children about climate change, which began for many youngsters in 2006 with the BBC and Sir David Attenborough’s commentaries about the dire future of polar bears – and continues to this day.”

Children and young adults get climate change information from watching emotionally-charged and deceptive information about the Arctic through Attenborough’s production. A press release issued by the Global Warming Policy Forum states: “It is the responsibility of teachers and parents to reassure these worried youngsters that polar bears and walrus are not suffering because of sea ice loss blamed on climate change.”

The walrus were driven off the cliff by the camera crew and sensationalist emotive TV footage captured the walrus hurtling to their death. I guess these walrus were killed for a greater cause. Attenborough is fed false information from activist NGOs and biologists and uncritically uses it.

Crockford wrote “Sir David Attenborough never questioned his sources and neither has Greta. Both are out of touch with reality on what is happening in the Arctic and it has tarnished their outlook on life”.

Based on the evidence, there is little reason to suggest that polar bears are on the path to extinction. Polar bears have survived for thousands of years, during both colder and warmer periods, and their populations are by and large in good shape. Polar bears suffer many threats, but global warming is not one of them. The main threats are tourists, bureaucrats and hunters.

Since 2005, however, the estimated global polar bear population has risen by more than 30% to about 30,000 bears, far and away the highest estimate in more than 50 years. A growing number of observational studies have documented that polar bears are thriving, despite shrinking summer sea ice.

On the occasion of International Polar Bear Day, the Global Warming Policy Foundation (GWPF) is calling on the U.S. Administration to re-assess the ‘endangered species’ status of polar bears.

On May 15, 2008, the U.S Fish and Wildlife Service listed the polar bear as threatened under the Endangered Species Act. The listing is based on the assumption that loss of sea ice threatens and will likely continue to threaten polar bear habitat.

Since 2005, however, the estimated global polar bear population has risen by more than 30% to about 30,000 bears, far and away the highest estimate in more than 50 years.

A growing number of observational studies have documented that polar bears are thriving, despite shrinking summer sea ice.

By September 2007 sea ice extent was about 43% less than it had been in 1979 – a decline not expected until mid-century, and every year after was almost as low, or lower.

Yet no more drowned polar bears were documented, no more bears than normal starved to death, no unusual spikes in cannibalism occurred, and not a single polar bear population was wiped out.

New scientific evidence suggests that loss of summer sea ice, regardless of the cause, is not a major risk for polar bear survival.

“A thorough external review of the polar bear status issue is now required – not only because it’s the right thing to do but because it may help restore public support for science and conservation,” Dr Crockford said. 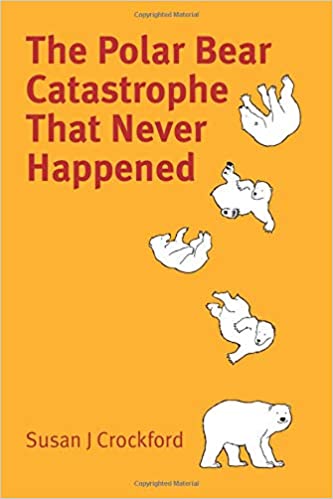