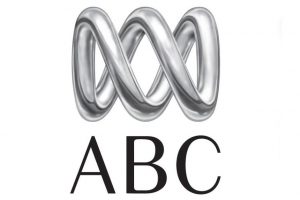 Interview courtesy of the ABC.

Interview The thing is that the pension is taxable income. So when you hear that word 32000, that you get 25000 on the pension. And then if you earn that extra money, which is the 7000-acre, what they call the work by this, once you’ve done that, you’re. Then paying not just 50 cents in the dollar, which comes off your pension, you’re paying 19 cents Income taxes will. So you actually up to almost 70 cents in the dollar. And that’s why people say it’s not worth working that extra. Let’s just put it in perspective, if you earning twenty dollars an hour or whatever, which is sort of the base rate, 22 dollars an hour or whatever, you do to be getting $7 an hour for that second day. So what was the system setup like this? Because the system was set up at a time when they take the view the pension is fair, and if you earn money on welfare, we’re going to take the money back off you. They do the same thing with the people that are on Centrelink. They take 60 cents to the dollar off them if they get an extra days work. So they’re saying, you know, you’re supposed to be on welfare.

Now in new Zealand, for example, which is a country not dissimilar from our own, they have what they call a universal pension many countries do that. And what they do is they have a small tax on the pension, and then they tax you on the money you owe above that. So I think new Zealand has a tax rate to start ten cents on the dollar. So they get 25000 on their pension. So they’re paying two and a half thousand intact. So they’re getting a little less than we are here. And then they get taxed, I think it’s 15 cents on the dollar for the next amount they earn, etcetera. So new zealanders, one in for pensioners works in new Zealand because they say, what about here? It’s less than 3% of pensioners work. So, you know, there was a Nobel Prize winner for economics a couple years ago. It came up with this theory called nudge economics. And he said, if you want to change behaviour, you nudge them into or out of a particular behaviour.

So if you nudge someone towards not working, the best way to do it is to tax them about 70 cents on the dollar. That’s just unfathomable that it is 70 cents in the dollar for older people who have been given 40 years. Probably anyway of work I’m paying taxes. Yeah Well, I mean, it’s, you know, when I say 70 cents to the dollar is because they take 50 cents in the dollar off your pension, and then they tax you another 19 cents in the dollar because it’s your income. But, I mean, look, what we should do is just talk about real people rather than the theory. And what I can tell you is that, you know, I went to all brief couple of years ago, and I got picked up at the railway station, and I was driven to wodonga by taxi driver. I looked at it, I thought, he so clearly above pension age. And I said, oh, good on. You know your You’re driving a taxi and enjoying life. And he said, well, I only do one day’s work because he said, if I work the second day, I lose most of the money. And then I met another fellow who was driving a little bus, and he said that they kept asking him to drive this minibus.

And he said he got to the point where he lost the pension completely, which means he doesn’t get any of the benefits, such as the pharmaceutical benefits when he goes to the chemist, Etc. And I worked out that he was working for about seven dollars an hour, you know, in other words, if it worked, got the pension, and then, you know, done it that way, he probably wouldn’t have been better off. You’re still a bit better off, but really, he was being, you know, effectively punished. So I think what we’re saying now is. That Australia has got a worker shortage. We say, we need workers in aged care. We need workers at home care. We need works in the health system we need them Hospitality. Gina Rinehart in western Australia, with the board has been shut. She’s come out and said, look, this doesn’t make sense, because she’s probably losing workers in her business areas, which are pastoral areas. You know, the I think she’s got big parcel interest in mining interest. She has mining interest in some past ones, just you sold a few. But, yes, so she’s that, She’s saying, you know, let these people work and try and get a better taxation system going. So what we’re saying in National seniors is, in the run-up to the next election. But when they could do it now, the minister could do it now, they just simply say, look, going to change the system and allow people to be taxed on their income. So if you get employment income, we just tax you on it that’s what you could do. So I think it’s fascinating, because you may have heard of Chris Richardson from Deloitte economics.

I have answered him, yes, famous economist in Australia. He did a report 10 years ago which said that if we could increase the workforce participation of people over 65 in Australia by five percent. Now that’s not very much, 5% it would add 48 billion to the. GDP of Australia and if they only know that was in 2012, which would be 60 billion dollars today in GDP for Australia. Because you think about it, you mentioned those figures before. You’ve got four million retirees in Australia, and you know, we have only got a fraction of them working. And if we museum has got 10% more than work Australia, 10% more in total working Ian.