A CASE OF SAND AND DELIVER

Article by Selina Steele courtesy of the Daily Telegraph. 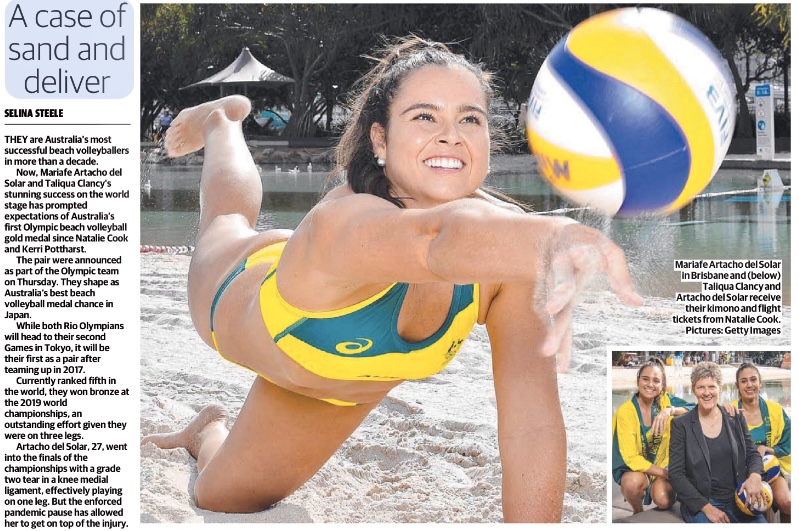 THEY are Australia’s most successful beach volleyballers in more than a decade.

The pair were announced as part of the Olympic team on Thursday. They shape as Australia’s best beach volleyball medal chance in Japan.

While both Rio Olympians will head to their second Games in Tokyo, it will be their first as a pair after teaming up in 2017.

Currently ranked fifth in the world, they won bronze at the 2019 world championships, an outstanding effort given they were on three legs.

Artacho del Solar, 27, went into the finals of the championships with a grade two tear in a knee medial ligament, effectively playing on one leg. But the enforced pandemic pause has allowed her to get on top of the injury.